The new concept is out by Yahoo’s Lab that is Bodyprint for smartphone which turns it into biometric scanner. Yahoo’s Researchers developed a new concept which is the alternate of fingerprint sensors. In this concept, there are the Capacitive sensors in the screen which maps body parts.

Now you don’t have to swipe the screen or no fingerprints or writing pin or impressing thumb print for answering the calls. Just you have to do is put the phone on ear, touchscreen scan the shape of your ear and that is it. If it matches, the call will automatically be answered. You can also use this scanner to lock your documents and keep them safe from intruders. 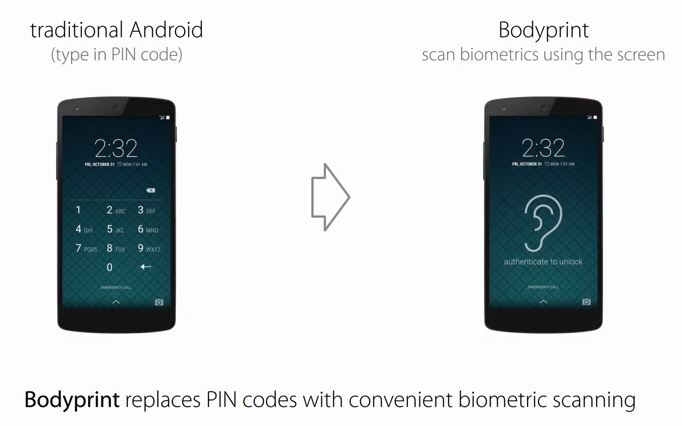 Yahoo’s researchers Christan Holz, Senka Bhthpitiya and Marius Knaust are working to make this concept a reality. It is designed with the concept of biometric markers. With the identification of ears, it also identifies the palm, your grip around the phone screen’s edge, fist, phalanges and more.

This new technology was tested on 12 people at the 2015 Computer-Human Interaction in Seoul, South Korea. All the bodyprints worked correctly and identified all the part of owners 99.98% of the time.