Opera Partners with Micromax, Six Other Smartphone Vendors to Bring Opera Mini Pre-loaded On Their Devices

Today, Opera has announced that it has done a partnership with Micromax and six other Indian smartphone vendor companies to bring Opera Mini Pre-loaded on their smartphones. Other companies are Videocon, Spice, MoMagic Technologies, Wynncom, Lemon Mobiles and iBall. Micromax has already started releasing phones with Opera Mini. Other companies will follow soon. 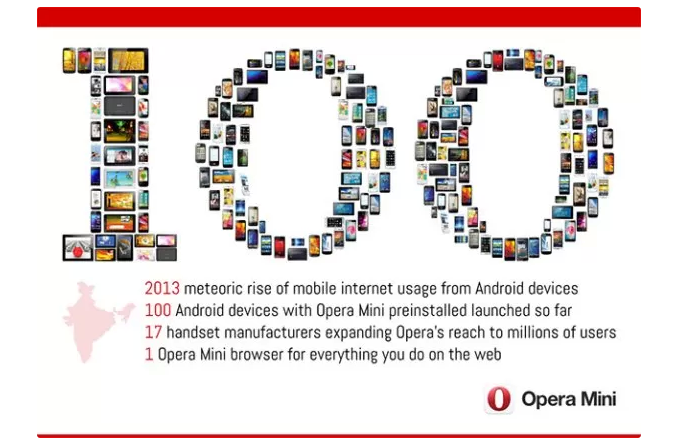 “India is home to the largest number of Opera Mini users in the world. Partnering with local OEMs in India and neighboring countries is part of our growth strategy to take Opera Mini’s user numbers in the region from strength to strength. Since the beginning of this year, more than 100 Android devices with Opera Mini pre-installed on them have been launched in India, Bangladesh and Nepal,” said Sunil Kamath, Vice President for South Asia, Opera Software.

Opera has added few more companies in its partnership to get its position back. Few days back, USBrowser overtook Opera Mini to get the top position in India.