MIT Website Hacked for Again in Memory of Aaron Swartz

Official website of Massachusetts Institute of Technology (MIT) has been hacked for second time after the death of Aaron Swartz, the Reddit co-founder. This time again, hackers pit a deface message for Aaron. Aaron Swartz committed suicide in New York City on Friday, Jan. 11 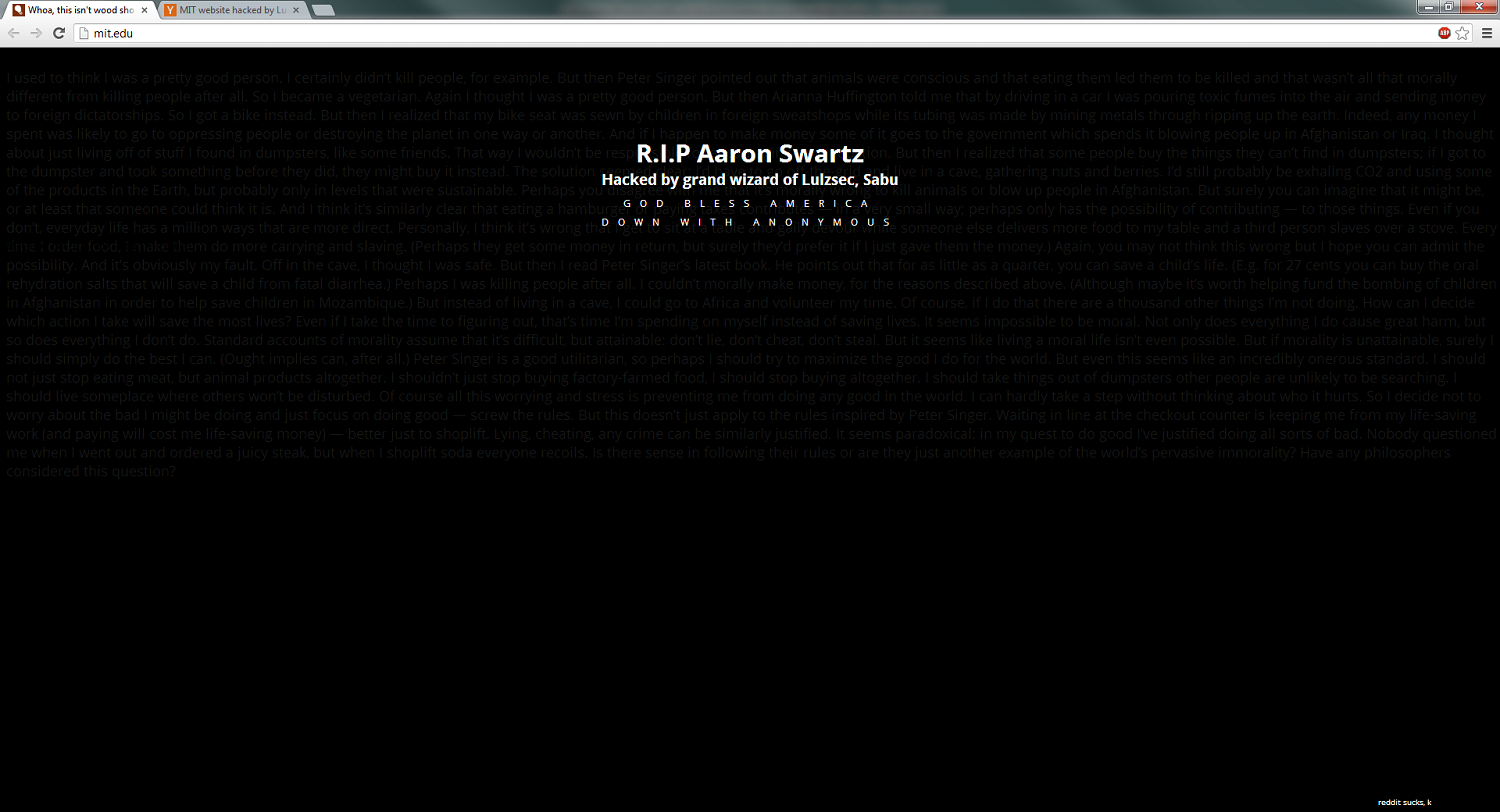 They also added a blog post of Aron in the back ground of deface page. You can read the blog post here. The page automatically played The Star Spangled Banner upon loading.

First hack of MIT’s website was claimed by Anonymous hacker while this hack has been done by Lulzsec hackers. When hackers first hack, they announced to hack the website again in few days. And they kept their promise by hacking in website again.