StumbleUpon overtaken facebook, accounts for half of all U.S. social media traffic on Web 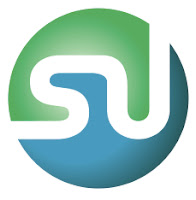 According to report on StatCounter, StumbleUpon has beaten facebook and drive traffic to over 50% websites in U.S. StumbleUpon was rival in this field but lost market to facebook. As on the month August,  facebook has fallen down to 38% in US. Stumble upon has only 12 million users while facebook has more than 750 million users. This is really a great achievement for the company.
But if we consider the worldwide traffic, facebook is still market rival and makes upto 60% web traffic on the web while stumbleupon is on 2nd with 28%.
StatCounter’s measurements do not include HTTPS traffic though. The service is unable to track social sharing with HTTPS security and it’s possible that Facebook’s drop in traffic is a result of users turning to HTTPS to protect Web browsing.
StumbleUpon recently passed a milestone of 25 billion clicks of the Stumble button which translates to an average of about 2000 clicks of the Stumble button per user.