Who doesn’t love the shooting games? Thanks to the powerful GPU of modern smartphones, gamers can now have a console-like experience on their phones. There are so many shooting games available for Android devices. Almost in every 2-3 months, we see new games landing to Android and attracting gamers. But there are few games that are ruling for ling. I am also a fan of shooting games and PUBG is my current game. If you are not sure what shooting game to try, here is the list of best shooting games for Android. We take a look at the best shooting games out there in the market. We’ve included both FPS and TPS games, so let’s dig in! 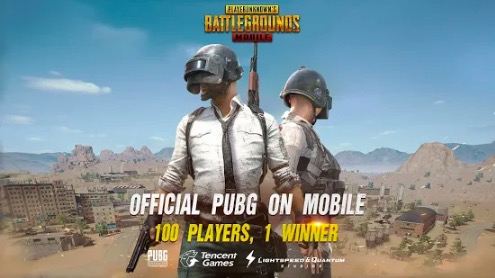 PUBG Mobile is the mobile version of the popular PlayerUnknown’s Battleground shooting game. The game is trending since its launch for Android. In the game, it drops 100 players onto the map with no supplies or weapons. Each player has to find the weapons and other necessary items from the nearby buildings and then fight. The ultimate game is to be the lone survivor. You can play alone or play with friends in Duo or Squad mode. The game is free with an in-app purchase option. 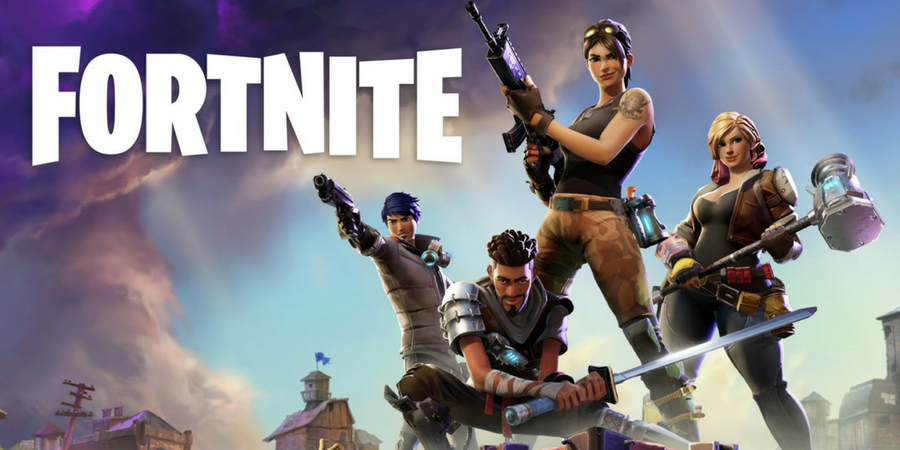 Fortnite is also a game similar to PUBG Mobile. In the same, you will be dropped from the sky. After landing to the ground, you will have to find various items including clothes and guns. Then you will have to kill all of your opponents and become the last one standing to win the game.

Fortnite is not available from the Play store, so you need to download the game from the official website. The fifth installment of the Modern Combat franchise is bigger and better than ever before. Developed by Gameloft, Modern Combat 5 has stunning graphics, an impressive storyline, and immersive gameplay.

Traverse the world, from Venice to Tokyo, with a fast-paced campaign mode. The missions are diverse; from shooting Raiders to protecting NPCs, From shooting down helicopters to blowing up tanks, Modern Combat 5 is so much fun.

Although it is a graphic extensive game, The controls are comfortable and the gameplay is smooth. The best part? It is free to download. 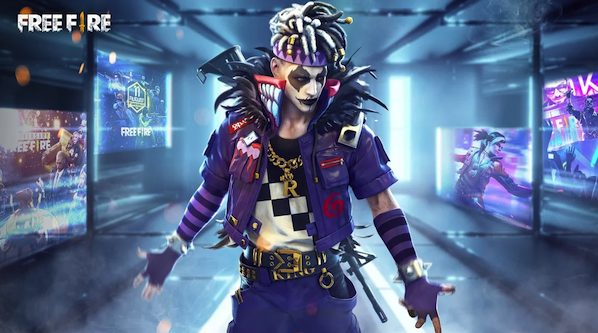 Garena’s Free Fire is also a survival shooter game like PUBG Mobile or Fortnite. You will be landed on a remote island with 49 other players for 10 minutes. All players will fight against each other and the last survived will win. The island has several buildings, ponds,& trees to hide, and vehicles to use. You will also get several guns to use and oil other people. Dead Trigger 2 has been on the market for 3 years and continues to be the most popular shooting game. It is probably the best Zombie Shooter available in the store.

Brace yourself as you battle for survival in the dark zombie apocalypse. With 10 regions in different parts of the world, 33 unique environments, 37 different kinds of weapons, and 600 gameplay scenarios, you will spend hours together slaughtering the undead. 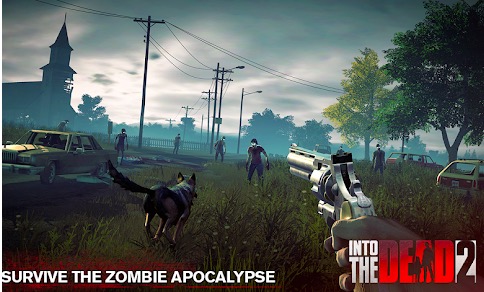 Into the Dead 2 is also a good shooting game that offers zombies Survival gaming. You will have to kill zombies and survive for as long as possible. The game has good graphics, a variety of weapons, and multiple endings. The game has 7 chapters, 60 stages, and hundreds of challenges.

The game is free to play but there is an option for in-app purchases with real money. Overkill 3 is one of the finest third-person shooter available out there. Stand up for humanity and fight for its future as you lead Resistance and fight the evil Factions. Overkill 3 has a massive arsenal of weapons with Customizations, Upgrades, and Attachments. The environment is diverse too, ranging from industrial abandoned cities to harsh deserts.

Overkill 3 has a massive arsenal of weapons with Customizations, Upgrades, and Attachments. The environment is diverse too, ranging from industrial abandoned cities to harsh deserts.

The graphics are console quality and are deeply detailed alongside a beautiful environment and ragdoll physics.
Overkill 3 is available on the play store for free. 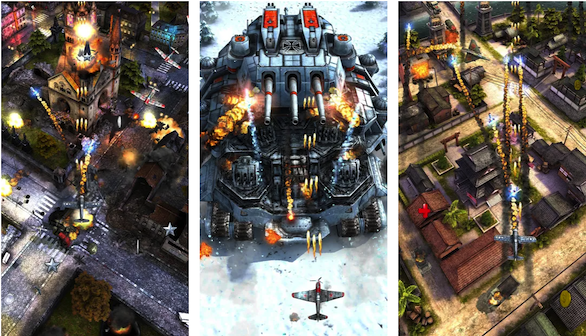 AirAttack 2 is a popular air combat shooter game with good graphics and nice gameplay. The game lets you play in the atmosphere of WW2. You will have 22 Campaign Missions along with Survival Mission to complete. There are also several; daily events and rewards. 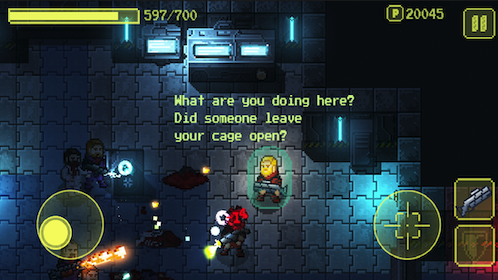 Ailment is a space shooting game where you will wake up in a far-far galaxy and see that all your friends have become your enemies. You’ll be fighting with your former crew and save your other friends who haven’t got an infection yet. There are several guns to use while fighting against infected zombie-like enemies and get levels up. 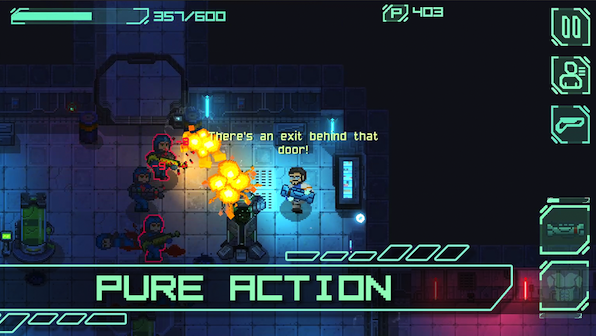 Endurance is also a space shooting game related to another game Ailment I already mentioned in this article. The story of Endurance is set before the before events in Ailment. One day, your friends get infected and become insane. They are behaving like zombies. Your goal is to survive on this spacecraft and find out what happened to other people. Fight your way through enemies and save earth and mankind as you play as Kal Wardin, the former N.O.V.A commander who is in hiding after the President’s assassination. This sci-fi FPS has impressed gamers and critics alike with its deep and impressive storyline and immersive gameplay, which is mixed with cinematic cutscenes.

This sci-fi FPS has impressed gamers and critics alike with its deep and impressive storyline and immersive gameplay, which is mixed with cinematic cutscenes.N.O.V.A 3 has very responsive controls and a tap to target aid. It is free to play and has a few ads.

Unkilled game is very similar to the Dead Trigger game. In this game, you will be killing zombies and completing different missions. The graphics of the game is good and there are lots of weapons to unlock during the game. 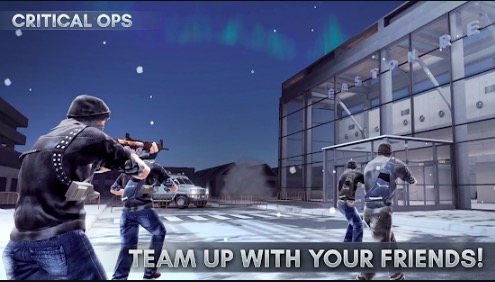 The game is similar to Call of Duty: Modern Warfare also has something adopted from CounterStrike. The game is free but contains ads and offer in-app purchase. 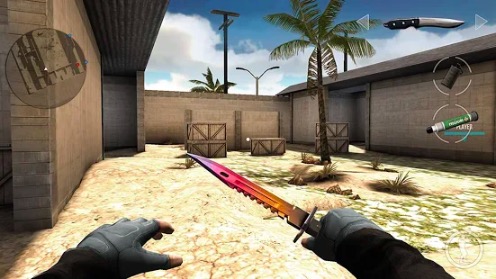 Modern Strike Online is another nice first-person shooting game that you can try to have decent gaming experience. The game has 8 battle modes for a single and team fight like gun games. You can try all those modes for an awesome shooting experience. You 14 maps to try different tactics and 70 types of weapons. There are also tournaments to win prizes. You can also create your custom games with own rules and play with friends.

This is also a free game with ads and in-app purchases. 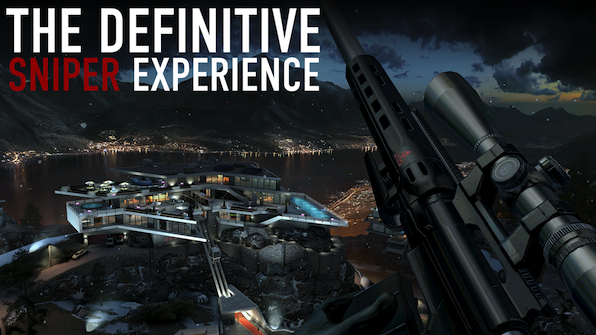 Hitman Sniper is also an excellent game where you will be playing as Agent 47 and complete the tasks. There are several modes including sniper mission, zombies mode, and more. You will have 150+ missions to complete. The game has 16 unique guns to try. You have to make strategies for the perfect assassination kill shot. Keep completing missions to climb up the contract killer ranks. 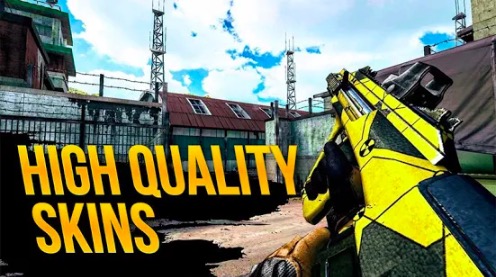 Bullet Force is also a good mobile game with awesome graphics and nice shooting experience. It is also considered to be one of the best first-person shooters to enjoy. It has both online and offline shooting options. You have over 20 weapons, 30 weapon camouflages, and multiple optics. From Warzone and Zombie Apocalypse, we move to the Wild. Wander the Wilderness and set up Hunting Stations as you hunt across the globe in Deer Hunter 2016.

Track, Hunt, and Takedown exotic animals for your trophies and earn the bragging rights by unlocking achievements and leaderboard. This game is very realistic, thanks to its crystal clear and detailed graphics. Build your guns, customize them, and master your skills as Deer Hunter 2016 is free to download with Micro-Transactions.

Build your guns, customize them, and master your skills as Deer Hunter 2016 is free to download with Micro-Transactions.

Sniper 3D Gun Shooter is also a good shooting game for android. The game offers a first-person shooting experience where you will be shooting enemies using a sniper. The game has hundreds of thrilling missions and ultra-realistic 3D graphics. The game also comes with several battlegrounds to play. These battlegrounds will have different cases from kidnappings to bomb attacks. 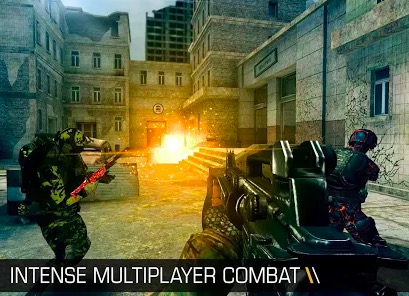 Bullet Force is a multiplayer FPS game for Android and iOS both. The game is extremely fast-paced and can be enjoyed both online and offline. It has four different modes including Team Deathmatch, Conquest, Free-For-All, and Gun Game. In all these modes, you will have to combat against other players. Here are over 20 weapons, 30 weapon camouflages, multiple optics, laser sights, and more. 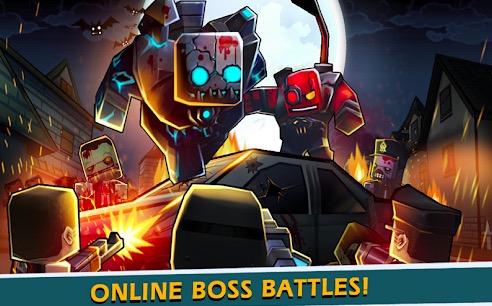 Call of Mini is also a nice shooting game for casual gameplay. In the game, you will have to kill zombies and survive. There are 500 stages to cross, 25 deadly weapons to use, and 35 CHALLENGING achievements. The has a straightforward objective. There is also a co-op mode to play it with friends. With the progress in the game, you will unlock powerful weapons and characters along with new skills.