Face Swapping is one of the latest social media trends. You can see photos on Instagram, Twitter, and other social media platforms where two people are in the photo with face swapped. Face Swapping makes hilarious pictures but only if you know how to do it right. This is the reason I am adding a list of the best face swap apps for Android and iOS. If you are looking for a good face swap app, you can have a look at the list here. Some Face Swap apps use AI to properly adjust pixels for offering realistic results, while some apps are just photo editing apps that crop and put the face on others. 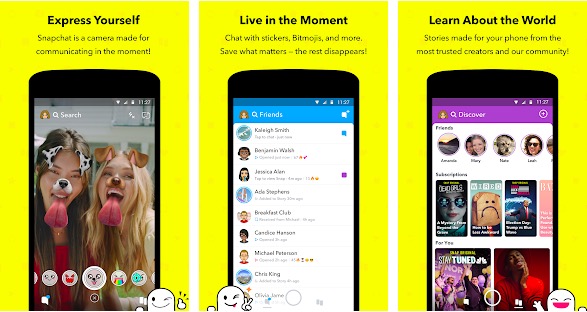 Snapchat is one of the most popular social media apps among millennials. The app offers several lenses including a face swap lens. It lets you swap face with another person in real-time. You can also use a photo saved on your phone for this. Recently, Snapchat’s baby lens and gender swap lens went viral on social media.

The app has a lot more other features like Chat, Discover, memories, and profile. If you are not already using Snapchat, you can download it and create a profile to try its cool face filters. Snapchat is available for both Android and iPhone. If you are looking for a good Face swap app for iPhone, this one can be a good choice. 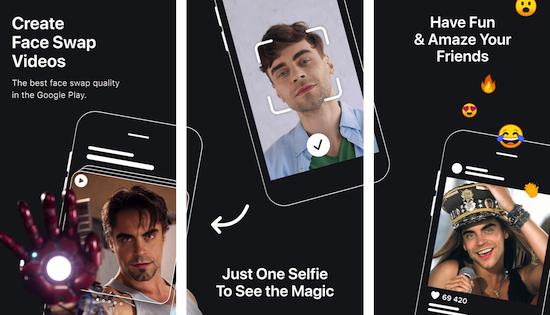 Reface is an AI-based face swapping app that lets you swap your face with celebrities in videos. You can then download the video and share it on your social media profiles. So, you can be Iron Man, Spider-Man, Thor, or any other movie character of your choice. The app properly maps your face on to another face to prove realistic results. Reface was previously known as Doublicat. When you open the app, it provides you a long list of videos where you can put your face. Select any video template, select your photo and let the app do the magic. 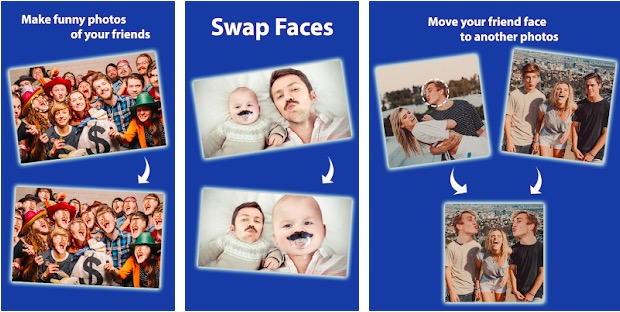 Cupace is another popular Face swap app you can try on your smartphone. Unlike Snapchat, this app lets you manually extract faces from an image and paste it on the face of a person on another photo. The app makes an easy option of cropping a face and putting on other faces. Once you cut a face from a photo, it is saved within the app. So, you can use it in several different photos anytime later. 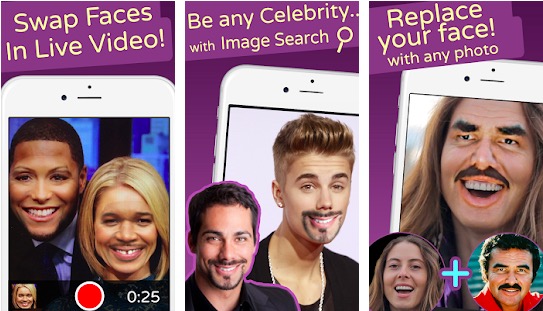 Face Swap Live is also one of the best face swap app available for both Android and iOS devices. You and your friend need to be in the camera frame and the app will show your faces interchanged in real-time. You can then capture the face swapped photo and also record videos with your faces swapped. Not just face swap, you can also add cool photo filters in solo selfies. 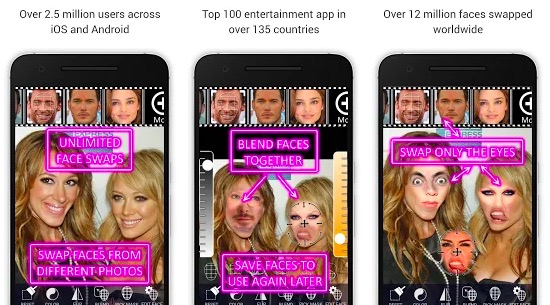 Face Swap Booth is also a similar app that lets you swap faces. You can swap faces across multiple photos. You can also save a face to use on different photos anytime later. There are also advanced editor tools to blend the image perfectly.

This app is available for both Android and iOS with an option for in-app purchase for the premium version. The premium version gives additional advantages like save unlimited photos, faces, remove ads and watermark, and more. 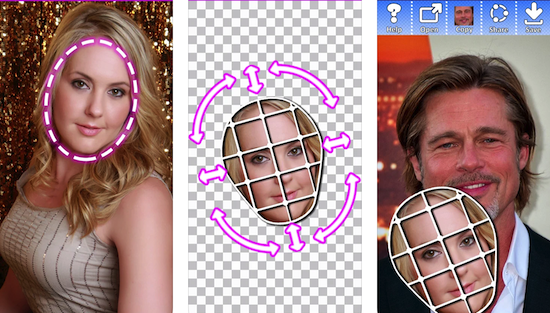 Copy Replace Face app is only available for the iOS platform. As the name suggests, the app lets you copy a face from any photo and paste it onto any other photo. You also get the option to either copy a photo or just a part of the face like eyes or the. The app also lets you layer multiple faces on top of each other. You can try unlimited face combinations, do multiple facial overlays and use other editing options. All the faces you extract from one photo can be saved and used multiple times in different photos. 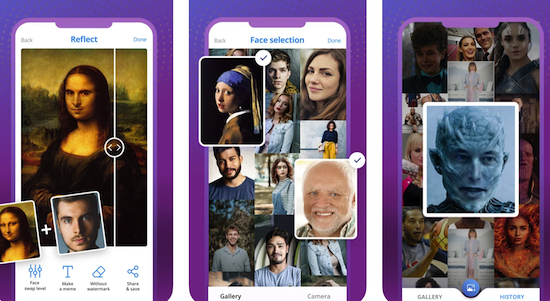 Reflect is also one of the best face swap apps that use AI to offer a realistic face swap. The app automatically adjusts the color and smoothness of the skin to offering close to real photos. You can also adjust the level of the swap as per your interest. The app also includes a built-in meme creator. So, you can make interesting memes to share on social networking sites.

We have listed the best face swap apps for Android and iOS. If you are looking for a good face swap app, you can download any of these face change apps and try. Snapchat is quite popular as it also offers several other interesting lenses to try. Reface and Cupace are the most popular just for face swap. I personally use Reface to make interesting face swaps for sharing on social media.

If you know about any other good face swap app, you can let us know by using the comments section below.