Google Revamps Hangouts and Splits it into ‘Chat’ and ‘Meet’

Google stated earlier this year that it would be repositioning the Hangouts app towards enterprise and corporate use. Hence, Google’announcementnt that it has decided to split Hangouts into two separate apps comes as no surprise. The two apps being Hangouts Chat and Hangouts Meet. While Hangouts Meet makes it easier to join meetings, Hangouts Chat focuses on group and team chat.

Hangouts Meet, as mentioned earlier, makes it easy for you to join a video conference without any hassle. You do not need any extra account or additional apps, just a shared link and up to 30 people can join the video conference. The app integrates seamlessly with G Suite and Calendar. 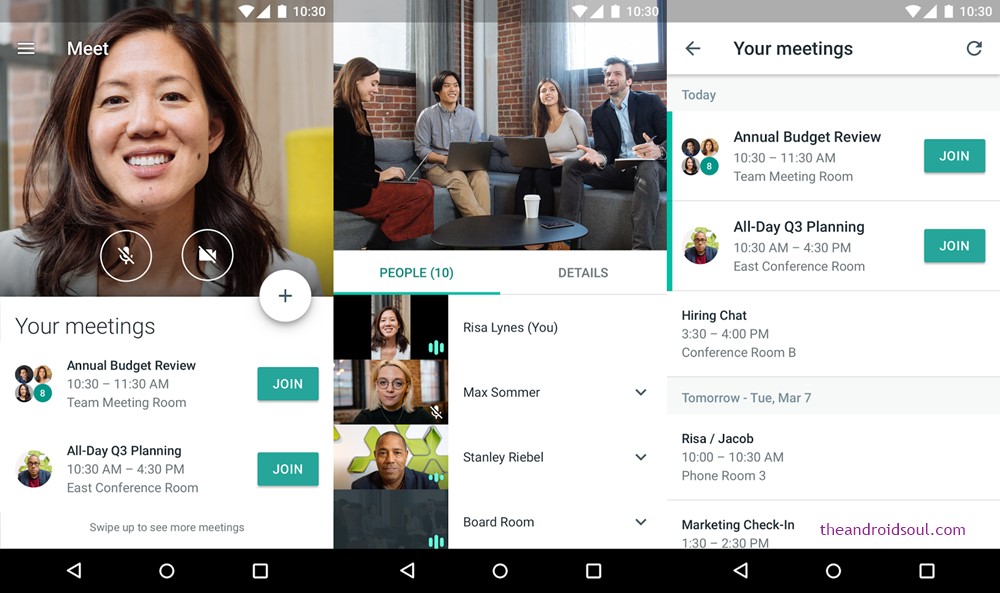 The Hangouts Chat, on the other hand, is designed for team messaging. This has a very strong resemblance to Slack, thanks to its virtual rooms and threaded conversations. Just like Hangouts Meet, Chat integrates with G suite smoothly. There further exciting features such as bots functionality and provision for lightweight scripts, based on Google Apps Scripts. It is evident that many 3rd party services will be coming in soon. google has already introduced the @meet bot which finds the meeting times for you.

Hangouts Meet will start rolling from today and will continue to do so in stages over the next few weeks. On the other hand, Hangouts Chat will be available via Early Adopter Program only as of now. The future of the original Hangouts app is uncertain as there has been no announcement regarding it yet.