Free call is not only limited to Hangouts users. You can also make free calls to numbers in US and Canada. If you want to call on numbers of other countries, it is possible but you will be charged for that. Pricing is also affordable, so you can use Hangouts to make cheap international calls. Pricing list was so long, so I guess voice calls to phone numbers are available for most of the countries where users can use Hangouts. 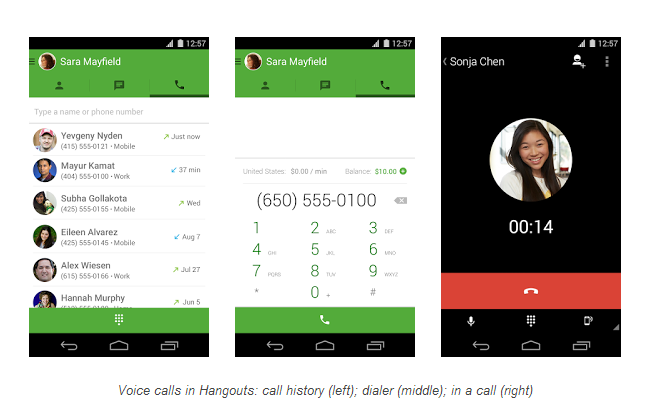 In India, you can make calls to any mobile or landline for jusr 1¢ which around 60 paise per minute. If you want to make calls to a person in France, you can call for just 1¢ to landline and 3¢ to mobile phone. I think rates are much lower than your telecom operator costs. So, you can use Hangouts for cheap International calls.

To start making calls on Android, you need to update your Hangoutds to v2.3 (It will reach you soon. Update is already on the way.) Then install the Hangouts dialer app to turn on voice calls.

For iOS and web users, voice calls will be available next time you open the app.