If you are using Google Now with your Android device, setting voice reminders is now easier. You can simply set new reminders via voice commands.

Earlier, you needed to tap on the screen to confirm the new voice command. Now, you can set the new command either by saying ‘Yes’ or ‘Set’. If you  change your mind and do not want to set this now, just say no and you can make changes to the card later. 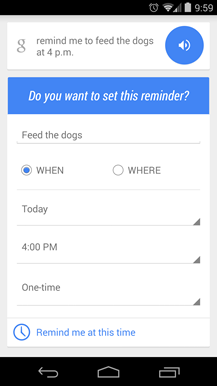 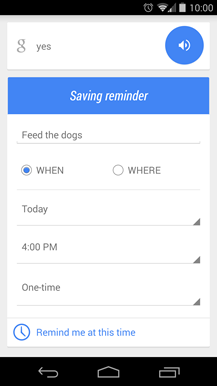 Android Police reports that this new feature works fine. I also tried and it worked fine. If your hands are full, you try this awesome feature.

It is worth to note that you do not need any kind of update to use.