Microsoft is working on highly requested feature “Notification Center” for Windows Phone 8. It will be included with Windows Phone 8.1. With this update, users will be able to customize and control the app and phone notifications direct from homescreen.

Winphollowers has published a screenshot showing the new notification center of Windows Phone 8.1. Microsoft call this “Action Center.” When you will tap at the top of the screen, it will display four basic quick settings including Wi-Fi, Bluetooth and other system settings. If you pull it down, you will be able to see the notifications. 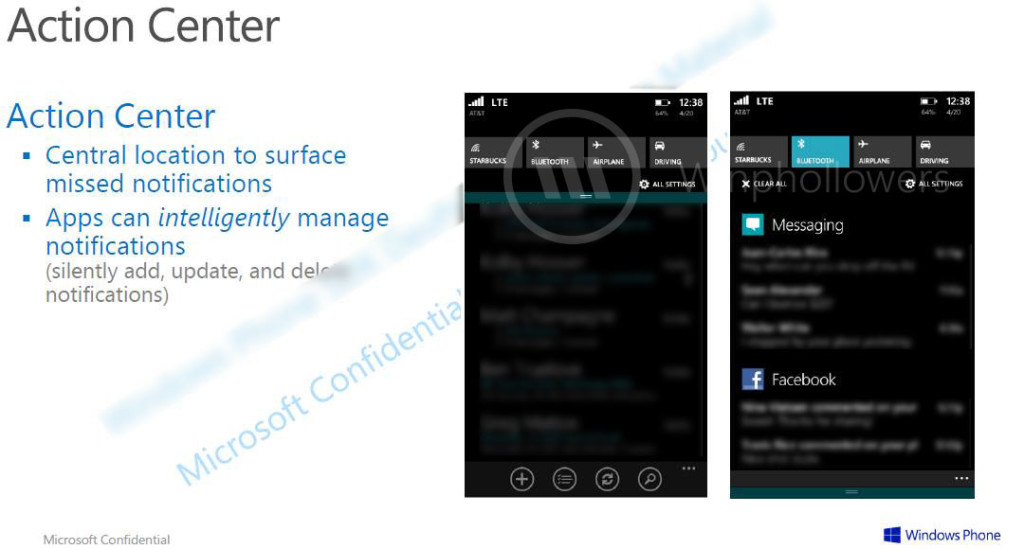 The Verge also posted a clear view of Windows Phone’s upcoming action center with notifications and quick settings. Screenshot also confirms that battery percentage will also be there next to battery icon.

What do you think about this new Action center? Share your views via comments.