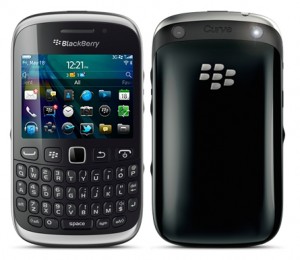 It has a 3.2MP camera with Flash and Image stabilization. It comes with 512 MB on board storage which is expanded upto 32 GB via microSD card.

Another noticable feature of BlackBerry Curve 9320 is the dedicated BBM button for instant access to BlackBerry Messenger without having the need of getting in to the menu or having to setup shortcut icons on the home screen.
It is packed with a 1450 mAh battery which is expected to give better battery backup.

Company has not announced the price of the smarphone yet but we can expect it to fall under a budget smartphone category.