Fujifilm India has launched its entry level mirrorless camera Fujifilm X-A5 in Indian market. It is priced at Rs. 49,999 and will be available exclusively at Amazon.in.

Read: DSLR vs Mirrorless Cameras: Which is better and what to Choose?

It is sleek and light in weight. With FUJINON XC15-45mmF3.5-5.6 OIS PZ, it weighs just 460 grams. It makes X-A5 the lightest camera-zoom kit lens combination in the X Series.

Fujifilm X-A5 features a 24.2MP APS-C sensor equipped with phase detection autofocus system. It also has a newly developed image processing engine that claims to be 1.5 times faster that the previous models.

The camera comes with a LCD monitor that can rotate 180 degrees. When it is rotated 180 degrees, the Rear Command Dial automatically switches to the Zoom and Shutter Release function. 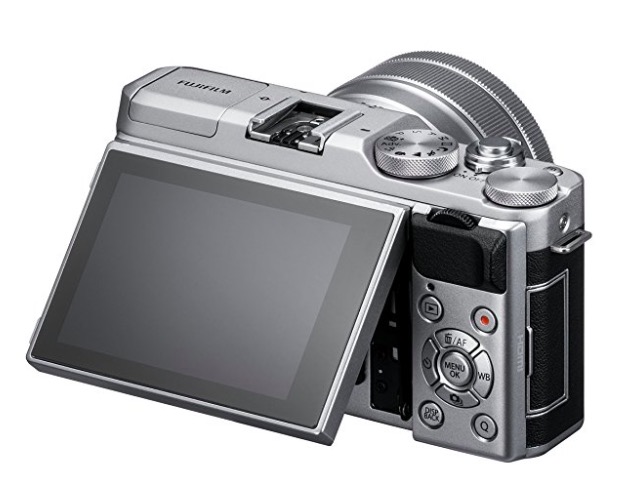 It features 11 variations of Fujifilm’s unique Film Simulation Modes. It also has advance filters like new “Fog Remove” and “HDR Art.” The regular range of ISO sensitivity has been extended to ISO12800. The Intelligent Hybrid AF speed is twice as fast as previous models. Exposure Compensation Dial now has the range expanded from ±3EV to ±5EV

It can record HD video up to quad speed for slow motion clips and 4K videos with details. It is capable of capturing 4K Burst photos at 15 frames per second.

It features a 3.5mm for adding an external microphone. So, it is good or video blogging purpose. It also supports Bluetooth and Wi-Fi connectivity. You can capture 450 photos per single charge battery.

It comes in three color options including Brown, Pink and Black.