Now Facebook wants to crush Tinder with introduction of new dating features. It will let users opt in to create dating profile that will only be visible to non-friends who also opted for the same.

As Facebook knows more about you, it can recommend better match based on preferences. Now the company will start testing this feature before rolling out to all. 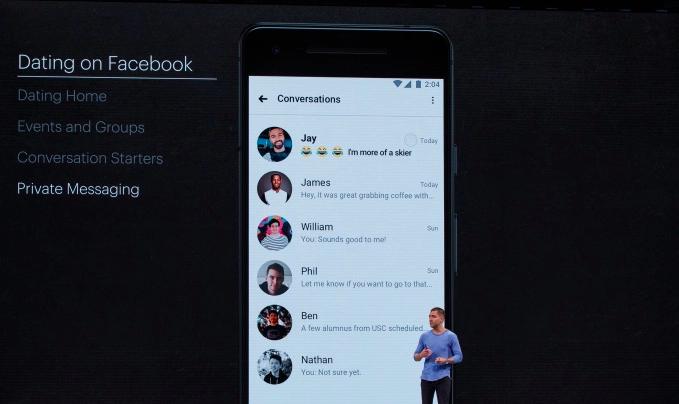 You will browse events in your city and groups that mach your interest. You can also select to “unlock” one for dating and see the other profiles who have unlocked that. If you both are interested in each other, you will be able to start a conversation in a special inbox that is separate from Messenger and WhatsApp.

We have already seen so many cases where people met on Facebook and married. With over billions profile, Facebook has a big opportunity to let people build long-term relationship.

Most of the people will still not feel comfortable on mixing social network and dating at the same place. In place of this, Facebook could make a new app that uses Facebook profile to login but a separate place for managing dating. But, Facebook thinks that dating was always a natural fit for the platform and users have been doing it for long.