A Few weeks back, Qualcomm confirmed Windows 10 laptops powered by Qualcomm’s top-notch Snapdragon 835 processor and confirmed the launch by the end of the year. It also announced Lenovo, HP and Asus partners for such laptops.

Now we got the details of Windows 10 laptop, powered by Snapdragon 835 SoC on HP’s website. The company has uploaded the details on HP Care Pack Services page with the model number “2US29AV”. Soon after media reports came, the page was taken down but we have screenshots to show you. 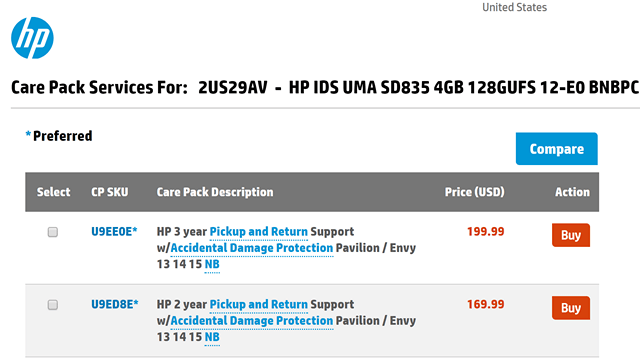 Other reports suggested the 4GB + 128GB and 8GB + 256GB variants running on Windows 10 with Universal Windows Platform (UWP) applications. The display size could be 12-inch.

But Snapdragon 835 comes with improved thermal handling and greater power efficiency. So, these laptops would surely offer better battery life and you would get a lighter finless design.

Snapdragon 835 powered Windows 10 laptops would be good for business persons who need light work on a big screen on the go. As the laptops would cost less, adoption rate would be high.

Few reports also suggested that the laptops will also come in collaboration with various carriers such as AT&T, T-Mobile, Vodafone, EE, Three and BT for e-SIM to offer always-on connectivity.

As the laptops are not officially available, we need to wait to see if these budget laptops are worth. What are you guys expecting from Snapdragon 835 powered Windows 10 laptops? Let us know your views in the comments.