There were rumours about BlackBerry’s first Android Phone BlackBerry Venice. But we were still waiting to have strong proof about this phone. Thanks to this new leaked video by Canadian phone retailer Baka Mobile, now we know how this phone looks and works. Hands-on video of BlackBerry Venice has been leaked and it looks pretty good.

This phone seems to run on stock Android Lollipop. If we talk about rumoured hardware specifications, it has Qualcomm 808 chip, 3GB RAM, 18MP rear camera, 5.4-inch QuadHD screen and a MicroSD card slot. Device has a sliding keypad and still it has a balanced design.

Not just this Baka Mobile, Android Authority has also posted the images of same BlackBerry phone. All images are the same as we saw in the video attached in this post. 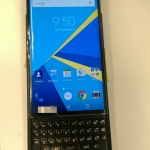 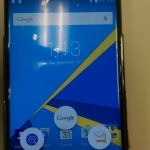 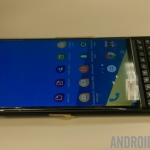 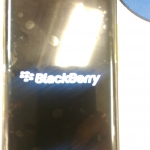 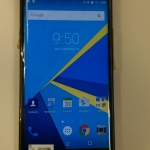 BlackBerry has also tried to customize the Android to make it even secure for enterprise users. When the phone will boot, it will also show the bugdroid holding up a shield to claim its security.

For confirmed information, we will have to wait for official launch of the phone. But, we are sure that Android Phone is coming from the BlackBerry. This is only option left for BlackBerry to save the company.