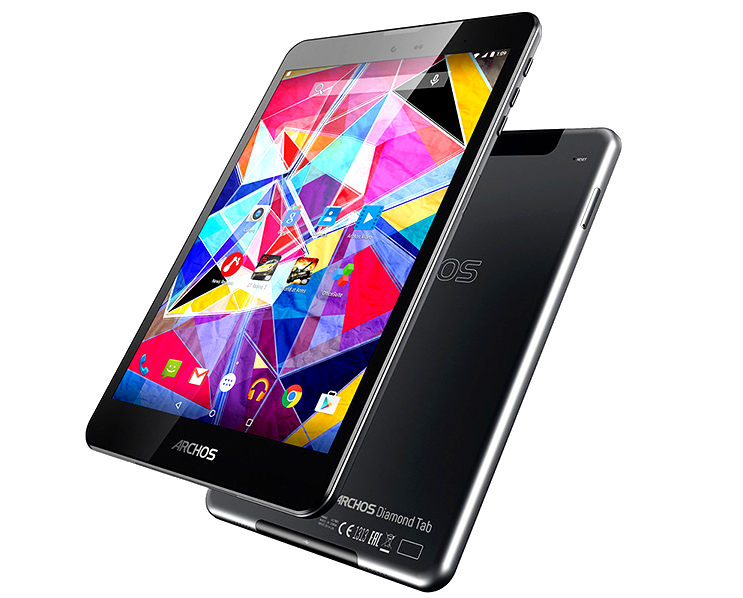 French company ARCHOS has announced a powerful Android tablet ARCHOS Diamond Tab ahead of IFA 2015. It is priced at £179 and will be available via its official website. This tablet will also be showcased at IFA 2015.

ARCHOS Diamond Tab features a 7.9 inch QXGA display with 2048 x 1536 pixels resolution and runs on Android 5.1 Lollipop. It is powered by a 1.7 GHz octa-core Mediatek MT8752 64-bit processor with MaliT760-MP2 GPU and 3 GB of RAM. It has 32 GB internal storage with microSD card slot. It also has a 5 megapixel rear camera and a 2 megapixel front camera. It offers 4G, 3G, Wi-Fi, Bluetooth and GPS connectivity. It also offers voice calling over SIM. It has 4800 mAh battery.