At WWDC 2015, Apple announced its new music streaming service Apple Music. Apple confirmed that it will be available in many countries including India but prices were not confirmed for other countries except US. Now a iOS 9 beta user has confirmed the Apple Music subscription prices for India. 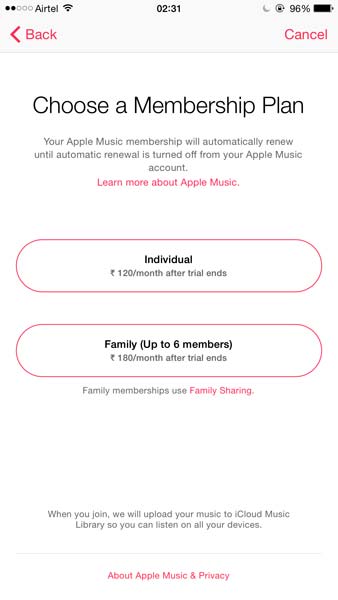 In this paid subscription, you will get access to all songs available in Apple Music service with unlimited skip and download option to listen offline. You will also get access to free Beats 1 radio station.

If this is the final pricing, Apple has brilliantly done it. This price will help Apple to compete with rivals like Saavn and Gaana.com in India. Apple lovers will have no problem in paying this amount if they will have access to all music tracks of bollywood.

Do you think that pricing affordable? Will you try Apple Music service?