Micromax unveils Canvas A1 Android One smartphone for Rs. 6,399

Micromax has finally announced its first Android One smartphone dubbed as Micromax Canvas A1. This phone will be available exclusively via online retailer Amazon India for Rs. 6,399. 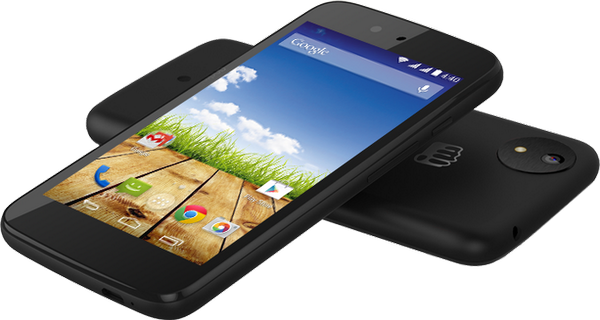 Micromax Canvas A1 first teased during Google I/O 2014 event. It comes with almost similar hardware specifications as other Android One smartphone announced today. Micromax Canvas A1 features a 4.5 inch FWVGA display. It is powered by Quad-core MediaTek processor with 1 GB RAM. It runs on Android 4.4.4 Kitkat and is upgradable to Android L. It features a 5 megapixel rear camera with LED flash and a 2 megapixel front camera.  Connectivity features of the smartphone include Wi-Fi, 3G, Bluetooth, microUSB and a-GPS. It is packed with 1700mAh battery

As We already reported in Android One announcement article, Micromax Canvas A1 will get free 200 mB Data per month from telecom operator Airtel.

Google confirmed that these smartphones will also be available via brick and mortar stores and expected reach is before Diwali. If you do not want to buy it online, you will have to wait for few weeks to get it from nearest store.