Samsung is set to launch another entry level Android smartphone in India. Samsung Galaxy Pocket Neo is now available online via Infibeam for Rs. 7130. It was announced along with Samsung Galaxy Star back in March this year. 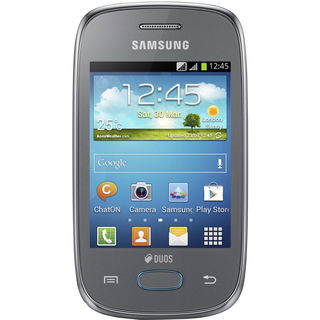 Samsung Galaxy Pocket Neo features a 3 ich QVGA display. It is powered by 850 MHz processor and runs on Android 4.1 Jelly bean with Touchwiz UI . It comes with 2 megapixel camera and 512 MB RAM. Internal storaage storage of smartphone is 4 GB with 32 Gb expandable. It is packed with 1200 mAh battery.

This phone has 3G that was not available in Samsung Galaxy Star. Other connectivity features are Wifi, Bluetooth, aGPS+GLONASS