In joint collaboration, HRD Ministry and DataWind has launched low cost tablets Aakash 2 in India. Aakash 2 is the second version of India’s cheapest tablet aakash launch by Kapil Sibal few months back.This tablet is available only for Rs. 1,132 and this price is only for students. This tablet is based on DataWind’s UbiSlate 7Ci. 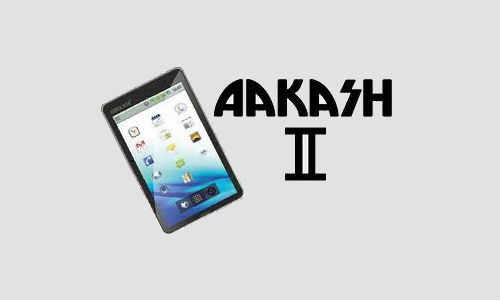 If we compare it with older version of Aakash tablets, it comes with powerful hardware configuration. It is powered by a 1GHz processor built on the ARM Cortex A8 architecture while older version had only 366 MHz processor. It features a 7 inch capacitive display with four multi-touch points and resolution of 800×480 pixels.

It also features a front VGA camera for video calls and WiFi connectivity. It also comes pre-loaded with so many e-learning platforms that helps students to learn and enjoy.

Commercial version of the tablet costs Rs 4,499. It is also available for pre-order via DataWind’s site

If we talk about the price and features of this tablet, it is worth to buy. It has so many nice features and will directly fight with BSNL Penta tablets in Indian Market. Although, older version of Aakash has so many issues with DataWind and IIT which made Aakash flop, we will hope a success for this tablet. Aakash is the only tablet which force many Indian companies to come forward and make cheapest tablets with better features. Now we can see a wide range of low cost tablets in India for the price around Rs. 5000.