iPhone 5 is on the Way, May Debut in Fall

If you are thinking to buy iPhone or any new high cost smartphone, i will suggest you to wait for some more time. The sixth generation of iPhone is on the way and may launch soon. 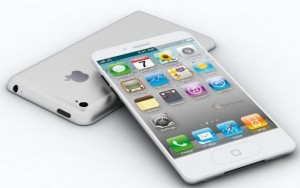 According to Japanese tech blog Macotakara, next generation of iPhone will be called iPhone5 and will launch in next few months. Although name is not sure but we can expect the time to be same.

This blog successfully predicted the release of iPhone 4s last year. It said that iPhone 4s will be launched in October which was exactly the same Apple launched iPhone 4 S in mid October. It also claimed for iPad 3 for October which  fell wrong and iPad 3 was launched in March next year.

It also reports that there may be some changes in the model and it will have different look. The back panel could be two-toned with glass and aluminum.

One strange news is coming from Chine where Taobao is already taking pre-orders for iPhone 5. The smartphone is not announced yet, but company is taking pre-order from customers.  Taobao have posted concept photos and specs on the site, along with options to pre-order the device for more than $1,000. I do not think users should pay attention to this pre-order till Apple does not confirms the release date of next generation iPhone.