Windows Phone 7 Mango Is Ready To Release By Microsoft 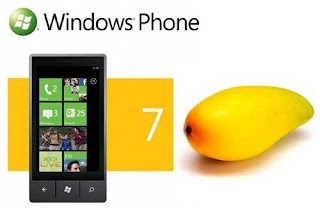 The new product is ready to launch in market. Microsoft is the company, and the product is Windows Phone 7 Mango. This is the new step by Microsoft to make life stylo and easy.

Peter Wissinger, Microsoft’s director of Mobile Business in the Nordic countries, today released an official statement on Mango’s status:“Now it’s up to our manufacturing partners to release Mango to our customers. Microsoft has delivered complete Mango earlier than planned to the manufacturers. Feels good now.”

The only hang-up: Just because Microsoft finished Mango a bit early doesn’t mean that its OEM partners are ready to rock and roll. Currently, Microsoft’s list of hardware partners includes HTC, LG, Samsung, Dell, Acer, Fujitsu, ZTE Corporation and, of course, Nokia. We already know that Fujitsu has something (probably the Toshiba-Fujitsu IS12T) in the works slated for a September launch, and towards the end of June we got a quick peek at Nokia’s first Mango smartphone, the so-called “Sea Ray”.

There’s really no telling how long it will take manufacturers to get their WP7 Mango-powered devices out, nor when we might expect non-Mango devices to start seeing updates — but from this point on, the ball is out of Microsoft’s court.