HP Issues TouchPad at $149 and Below In Canada 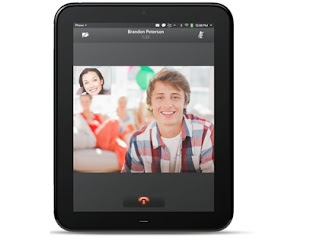 HP’s announced on Thursday that it would be shutting down operations for its webOS devices.Best Buy, Future Shop, The Source, London Drugs, and Staples will be selling the 16GB TouchPad for $100, and the 32GB version for $150 starting tomorrow. Well, in Canada at least.

The newly lowered prices are not yet widespread on U.S. retailers’ websites. At the time of writing, a visit to BestBuy.com indicated that both versions of the HP TouchPad are selling for their standard retail prices. However, as of 10:43 p.m. ET, prices on stateside Amazon.com momentarily dropped to $100 for the 16 GB TouchPad and $149.99 for the 32 GB TouchPad. However, the devices’ prices now seem to be bumped back up to $299.99 and $399.99 respectively, with Amazon claiming that only one or two of each TouchPad is left in stock.

According to PreCentral.net, HP reportedly sent a memo to its affiliates, saying that the company would be lowering its price for the TouchPad on Saturday, August 20. The memo seems to have included the $99 and $149 price points, according to PreCentral.net. If reports of the memo are true, it seems some retailers decided to get a slight head start by lowering prices Friday.

The HP TouchPad’s liquidation, as well as the HP announcement regarding the shuttering of webOS operations, comes approximately a month and a half after the device originally went on sale.