Amazon Fire TV Stick is a good device to make your ordinary LED TV a smart TV. You just need to plug it into the HDMI port of your TV and then select the source to HDMI. Now you will feel like having a smart TV that supports several steaming apps and games. You get access to Prime Videos, Disney+ Hotstar, YouTube, Netflix, and all other video streaming apps and music streaming apps. But Amazon isn’t the only company offering a media streaming device. There are also a few notable media streaming devices that you can use to make your TV smart. In this article, I am making a list of the best Amazon Fire TV Stick alternatives.

I am keeping Mi Box 4K at the top of this list because of the price. It costs just Rs. 3499 and can stream 4K content if your TV supports 4K resolution. This one was recently launched and is priced lesser than Amazon’s Fire TV stick 4K. MI TV Box runs on Android TV 9.0 with 5000+ apps and games. You can install apps from the Google Play store. The remote is the same that you get in MI smart TVs. It works with HD, FHD, 4K HDR TVs. The device also supports Google Assistant and Chromecast built-in. It also supports Dolby + DTS 2.0 digital out, so you don’t have to compromise with sound. 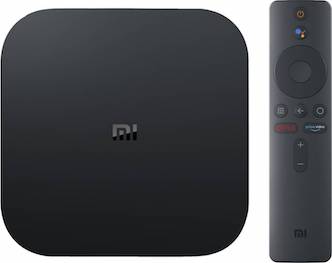 To compete against the regular Fire TV Stick, Xiaomi also has Mi TV Stick that also costs lesser than Fire TV Stick. It can stream 1080p content and works with HD, FHD TVs. This regular Mi TV Stick runs on Android TV 9 with 5000+ apps and games. This one also supports Dolby + DTS 2.0 digital Audio output and comes with Google Assistant and Chromecast built-in. So, the only difference is the lack of 4K streaming. 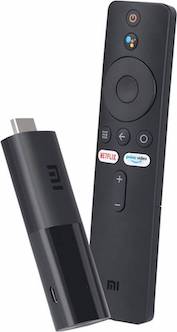 Due to aggressive pricing and value for money offerings, Xiaomi’s media streaming devices are the best Fire TV Stick competitors available in the market. Here are the price and links to buy. 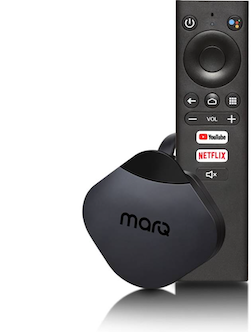 MarQ Turbostream is also similar to Mi TV Stick and Fire TV Stick. So, it offers almost similar features. The only thing is that this device is available only in the 1080p streaming option. It runs on Android TV 9 and offers access to the Android TV Play Store. It also has built-in Chromecast and supports Google Assistant voice control. This media streaming device also supports dual-band Wifi, so you can connect it with 5GHZ Wifi. MarQ Turbostream offers an immersive sound experience with Dolby Audio. It comes with a remove with YouTube and Netflix hot keys and a built-in mic for voice commands to Google Assistant.

Roku Ultra is also an excellent media streaming player capable of streaming 4K, HDR & Dolby Vision content. So, you will get an excellent video experience. The Roku claims that Roku Ultra is the fastest and most powerful Roku player. You can stream free TV, live news, sports, music, movies, and more.

It comes with remote control with Hotkeys for popular streaming apps. Remove also has a mic for voice control and voice search. In case you are not able to locate the remote, it also has a lost remote finder feature. Press the button on your streaming device and your Roku remote will play a sound. Remote also has a headphone jack for private listening.

This media streaming device is for Apple fans who are already into Apple’s ecosystem. Apple TV is a media streaming device that brings content from multiple multiple sources like Netflix, Hulu, HBO NOW, and WatchESPN. Roku Premiere. It supports 4K HDR 10 and Dolby Vision technology. You can ask Siri to find something for you. Just speak into the remote and Siri will do the rest. Along with content, Apple TV also acts as a gaming platform and lets you play games via the Touch remote. 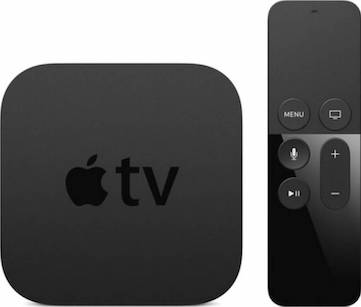 Along with Apple TV 4K, there’s also Apple TV HD for streaming 1080p content. If your TV isn’t capable of streaming 4K content, buy the Apple TV HD. Everything is the same except the capability of streaming just 1080p. 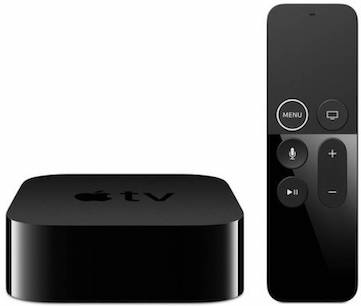 You can use Apple TV 4K or Apple TV HD into any TV with an HDMI port. Price is much higher as compared to Fire TV Stick. But Apple fans don’t care about the pricing. If you are already in Apple Ecosystem and experiencing iOS, macOS, watchOS, you should now experience tvOS.

Airtel Xstream Box is a similar device that streams content on your HDTV. This device can offer up to 4K streaming. It also supports Dolby Audio for a good sound experience. It runs on Android TV OS and you also get access to thousands of apps with Android TV Play Store. The media streaming device comes with a remote with a built-in mic for voice commands. You can also use your smartphone as a remote. It has Chromecast built-in, so you can cast content from your smartphone to your TV.

Mi Box 4K or Mi TV Stick is the best competitor to Amazon Fire Stick 4K or Fire Stick media streaming devices. Apple TV is for Apple lovers who are already into Apple’s ecosystem. Airtel Xstream Box is a good one due to its bundled offering. If you are already an Airtel customer, Airtel Xstream Box could be a good option. Check all the available devices listed here to decide what Fire Stick Alternative could be your choice.