Honor View 20 is Honor’s first flagship phone of 2019. The phone competes directly against OnePlus 6T. Honor View 20 comes with 48 megapixels rear camera and a punch hole selfie camera. Not just specs, the phone also impresses with its look. I recently tested this phone and here is my review of Honor View 20.

Honor View 20 has a unique design. Both front and rear panel can instantly catch the attention of anyone. Soon you will know why I am saying this. Honor View 20 comes with a 6.4-inch hole-punch display. See the black spot at the top left corner, that is the front camera inside the display. That’s we also call the punch hole selfie camera. Initially, I found it a bit distractive, especially in the white background. You may also notice it a lot while playing the game.

The phone has thin side bezels to use maximum possible space on the front side. The volume rocker and power button are on the right edge. The left side has a SIM card slot. It has USB Type-C and speaker grille at the base side. The top side has an IR emitter and ambient light sensor along with 3.5mm headphone jack. 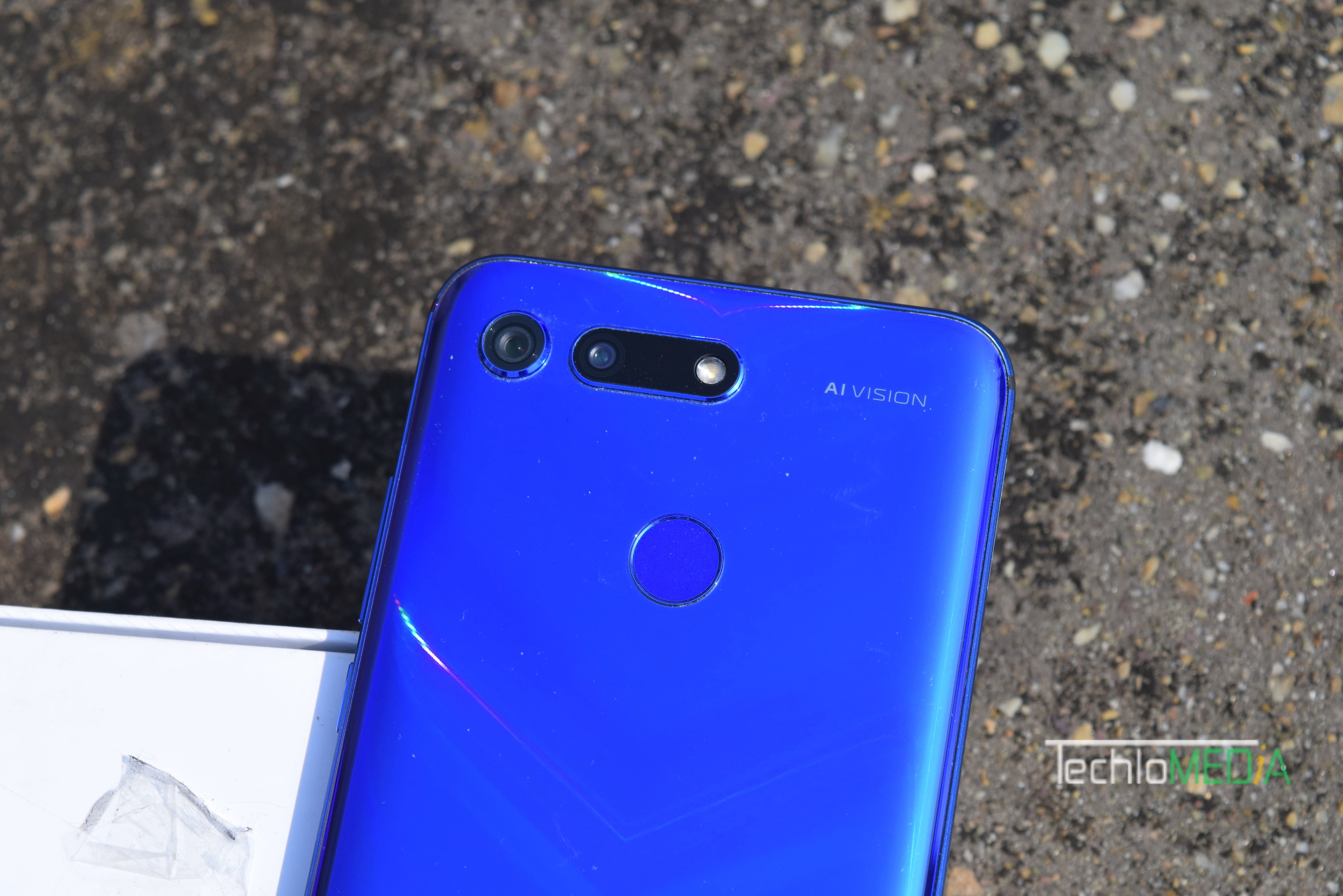 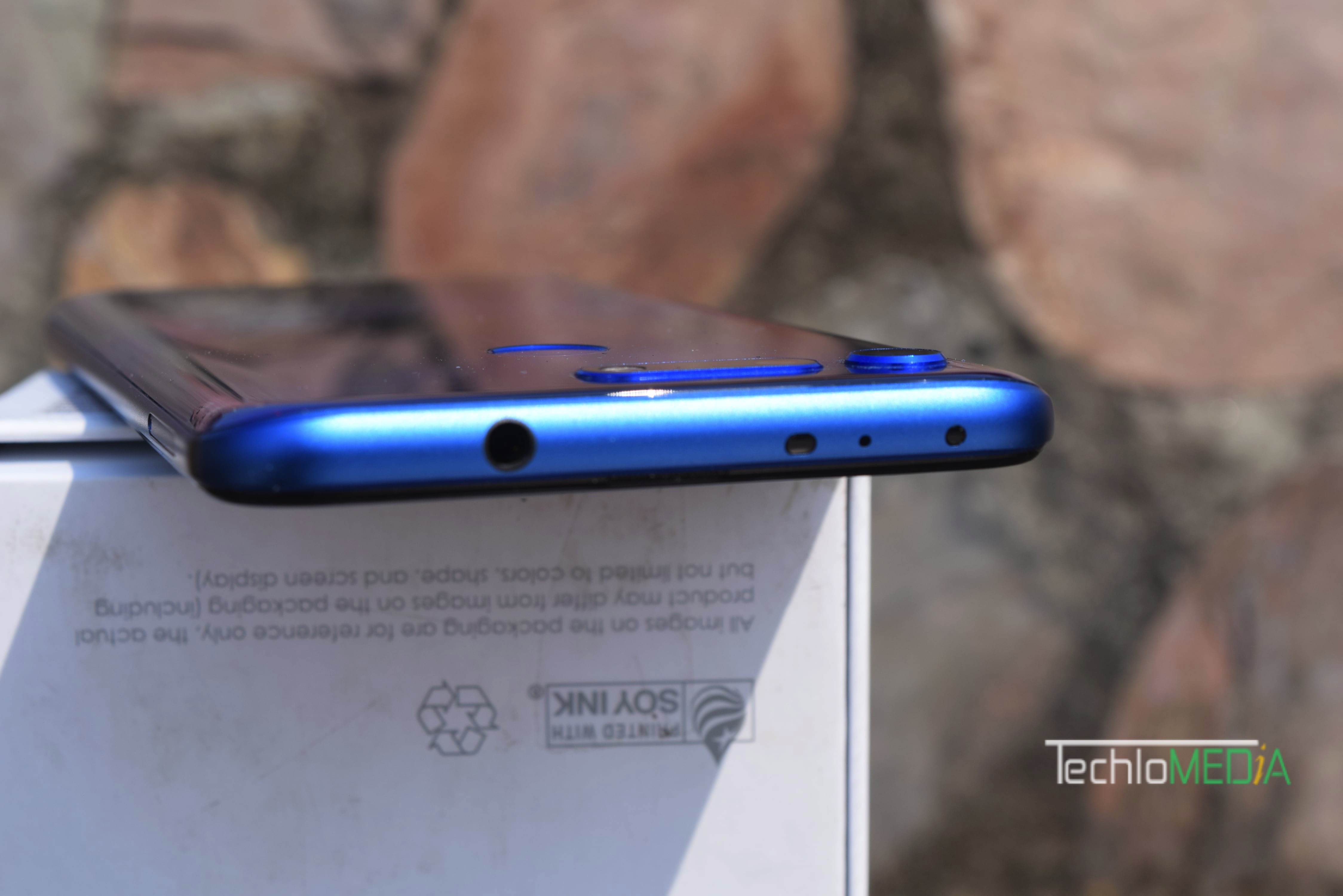 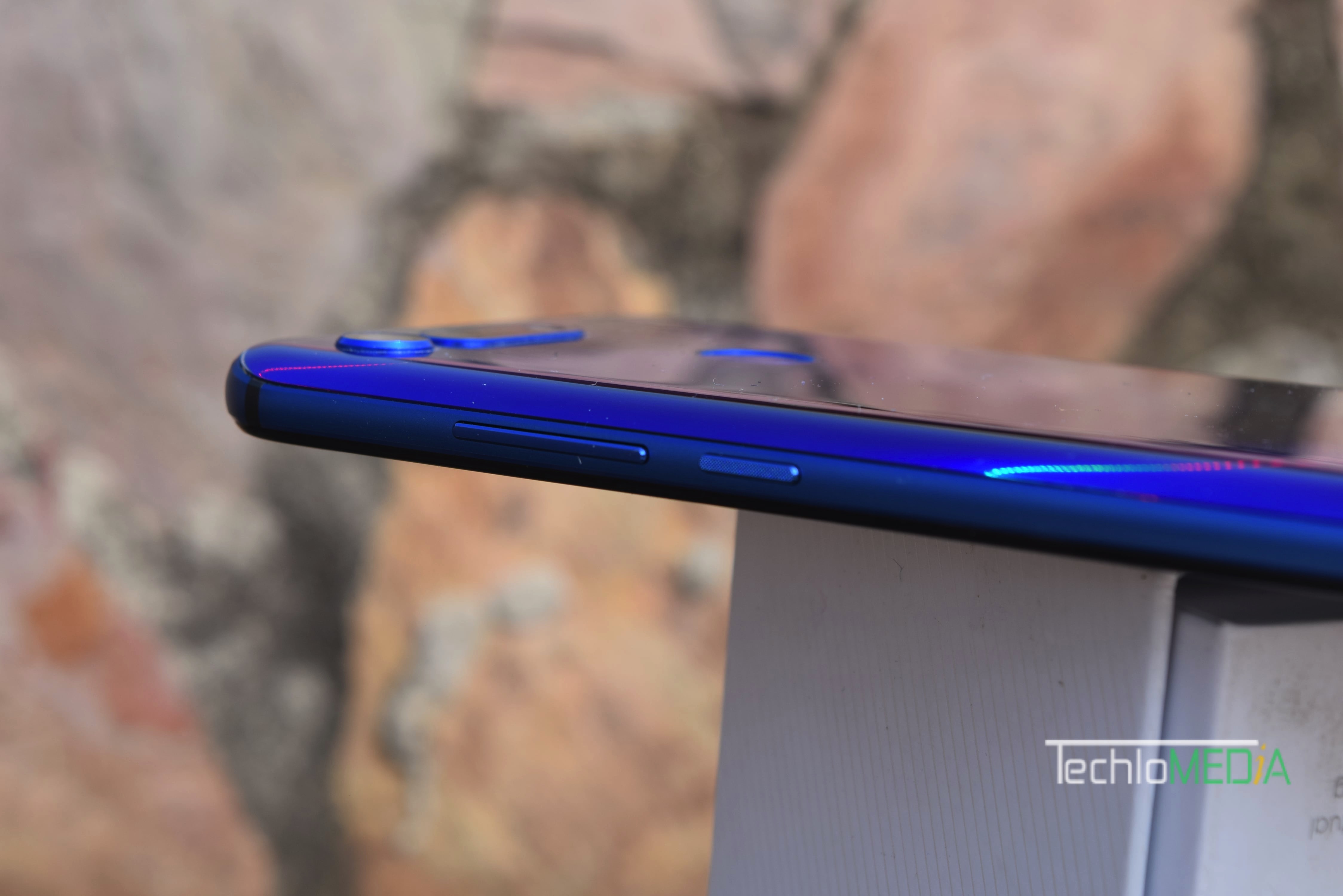 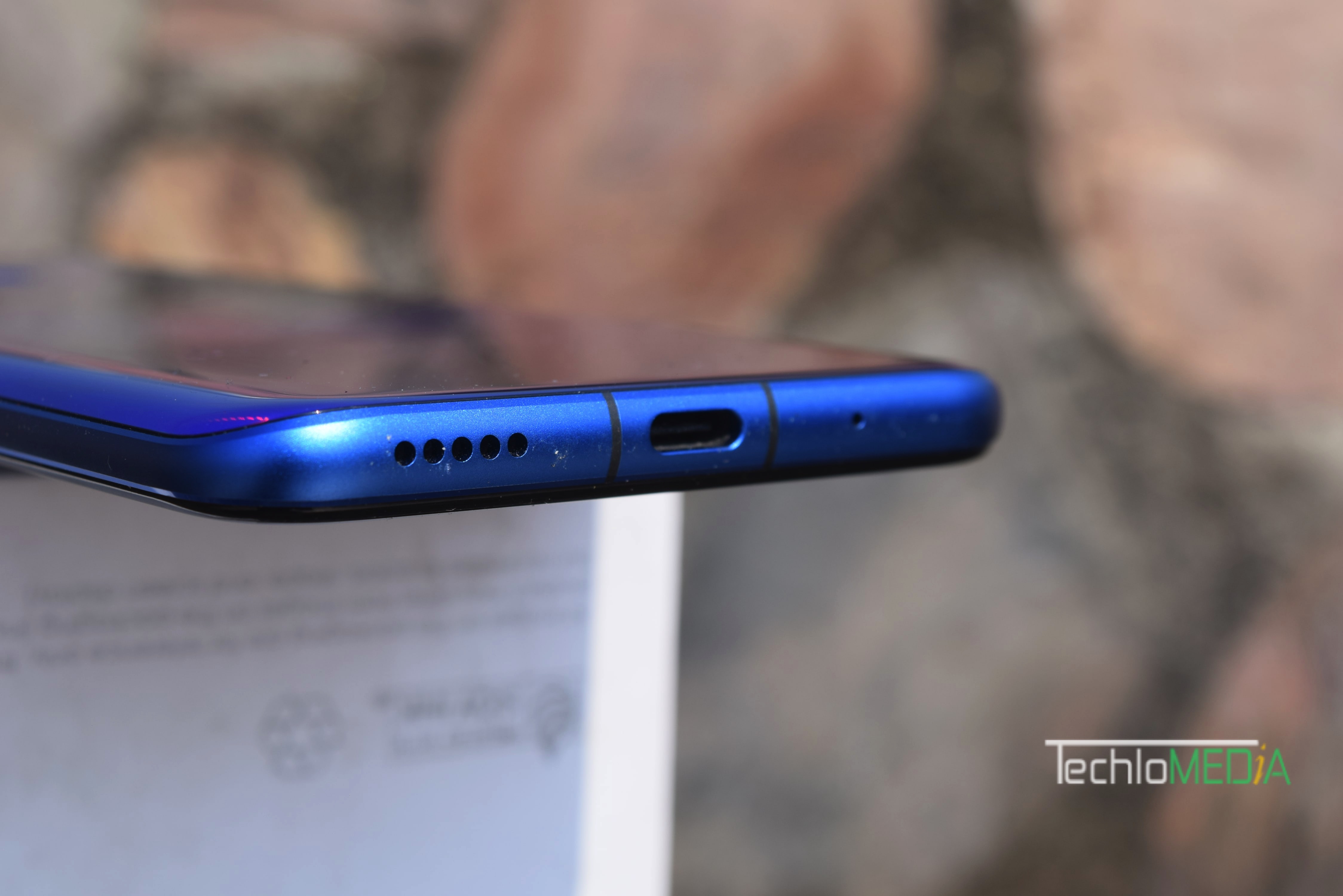 The back panel has a dual camera set up at the top side along with a fingerprint sensor located on the upper center part. The phone’s back panel is made out of glass and is made in a way to show V-shape patterns. It also changes the number of patterns and their colors at different angles. 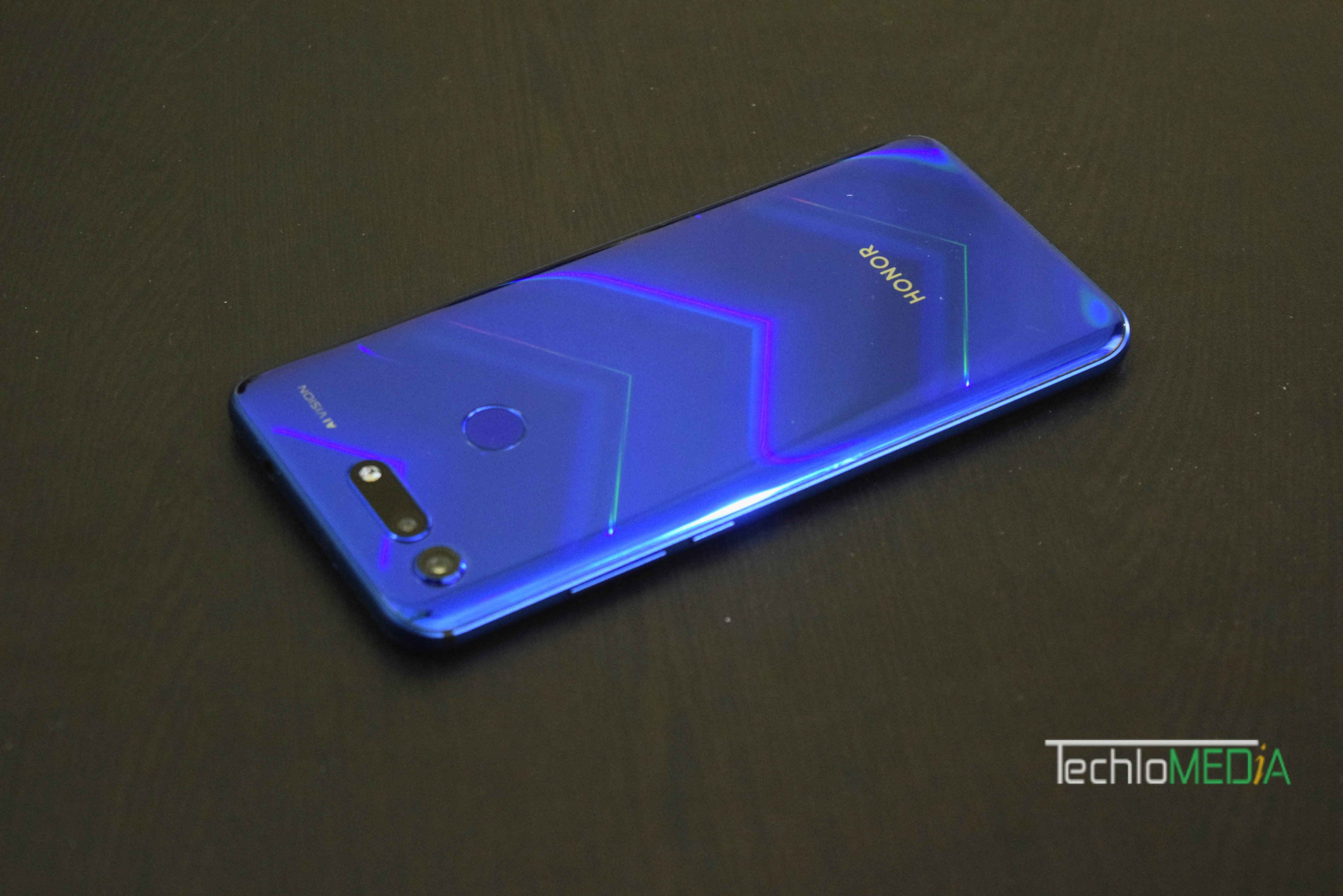 The frame is made out of metal that tights both glass panel together. The build quality of the phone is decent and it looks really beautiful. The phone is slippery, so Honor also offers a TPU case to give the phone extra protection.

You can tweak the color output and adjust the color temperature. You can also scale the display resolution down to HD+ and can also enable it to do it automatically for conserving battery life.

If you feel that punch hole camera is distracting, you can hide it from display settings.

The phone runs on Honor’s Magic UI 2.0 on the top of Android 9.0.1. The UI looks similar to Huawei’s EMUI 9. Honor has optimized the UI to work with punch hole display, so the notification icons are moved to the right. The UI offers a theme store where you can download themes and wallpapers. There is also a Digital Balance feature that lets helps you manage how much time you spend on the phone.

By default, it comes with on-screen navigation and you can switch to gesture navigation. The phone also comes with a few Honor specific apps along with several bloatwares. There is also a Phone Manager app that helps you manage the phone’s resources.

Honor View 20 uses the Kirin 980 SoC built using super-efficient 7nm manufacturing process. The octa-core processor offers powerful performance without affecting battery life. This chipset is also paired with 6GB and 8GB RAM to offer good multitasking. So, you can quickly switch apps and apps can remain in memory without a force reload. Even if the performance of the phone is fast, I could feel that EMUI animations are slow everywhere.

Honor has also added Nine Cooling Tech to give extra cooling to the phone.  I also played several games on the phone and all the games offered lag-free experience. Graphics were impressive and the phone doesn’t heat even after long gaming sessions. Honor’s GPU Turbo feature is also there that pushes performance when gaming.

The phone comes in two storage options: 128GB or 256GB. There is no option to expand storage, but you are already getting enough storage on the phone.

The camera is also a notable thing in Honor View 20 because it is the first phone to bring Sony’s new IMX 586 48-megapixel sensor. By default, the camera is set to capture photos at 12 megapixels but you can switch to capture photos in 48 megapixels if you want to use maximum possible resolution. It also has a TOF (Time of Flight) 3D camera for capturing depth information. The phone also uses AI to identify scenes and then adjust settings to offer the best photos.

For low light and night shots, Honor’s Night mode is there. If you use night mode, it uses 4-into-1 pixel binning and artificial intelligence-driven stabilization for offering photos with better quality and less noise.

The phone offers good performance. Photos were highly detailed with good colors and dynamic range. Thanks to the AI feature of the camera, color in photos look really good in several scenes. 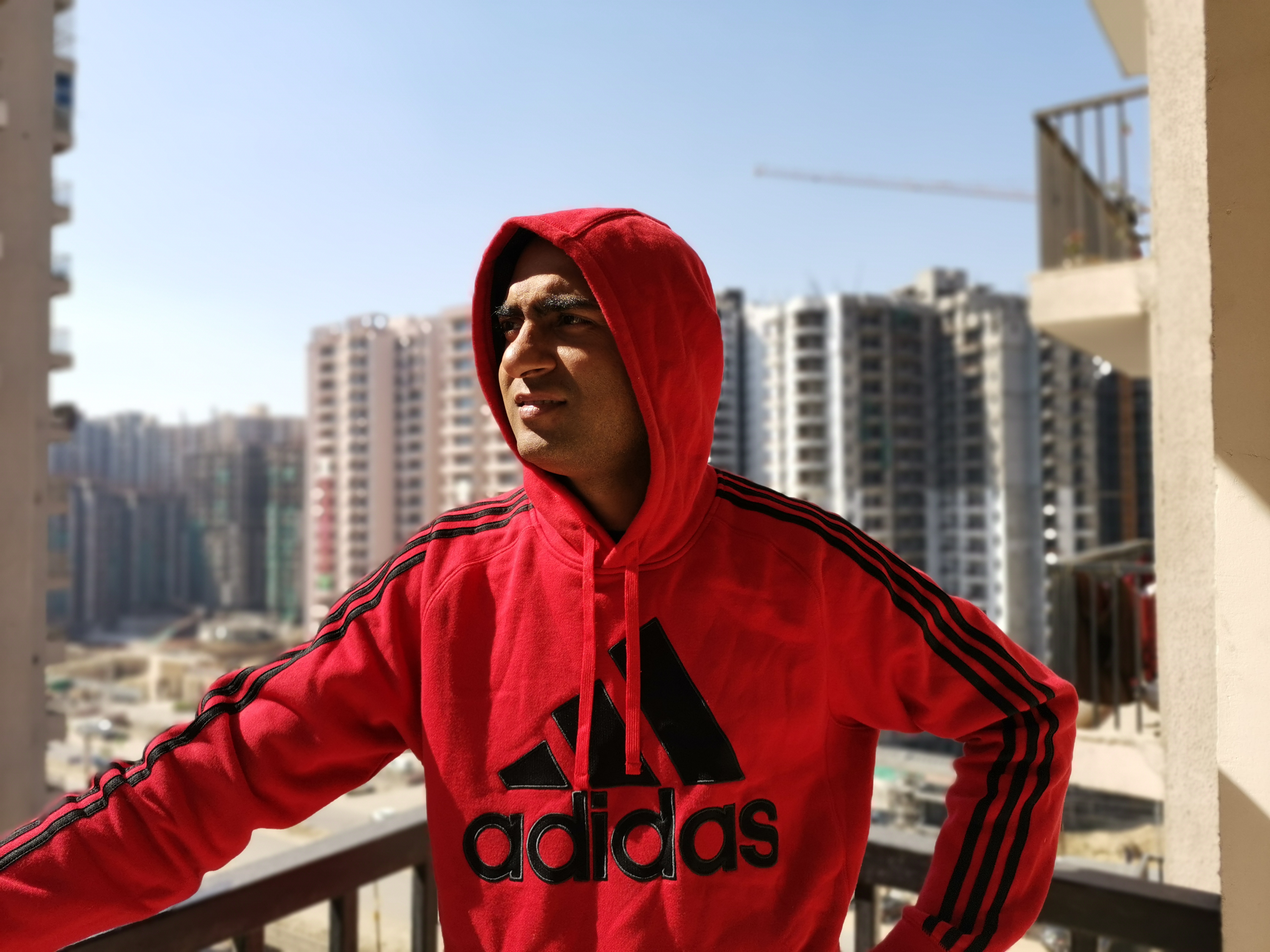 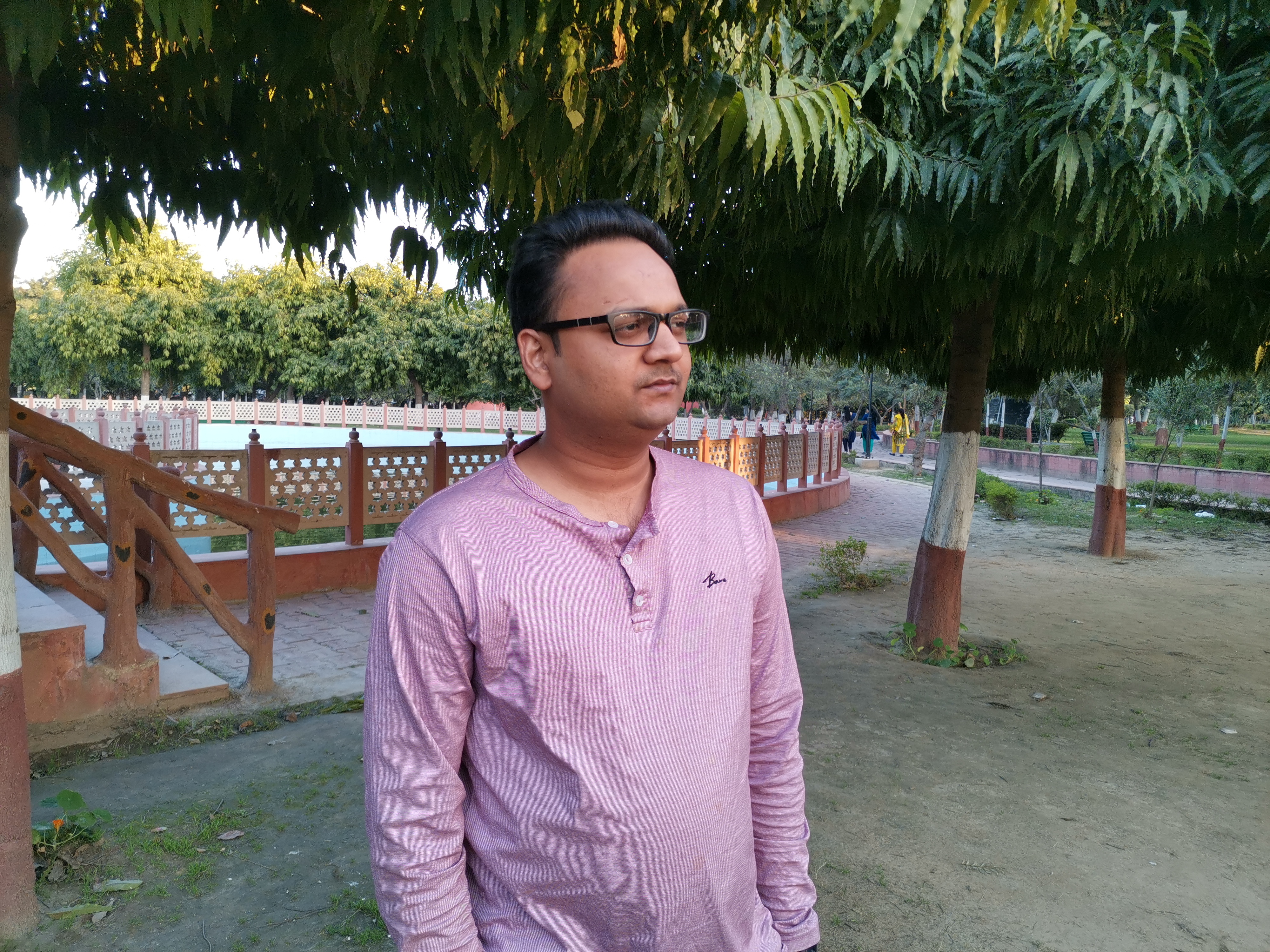 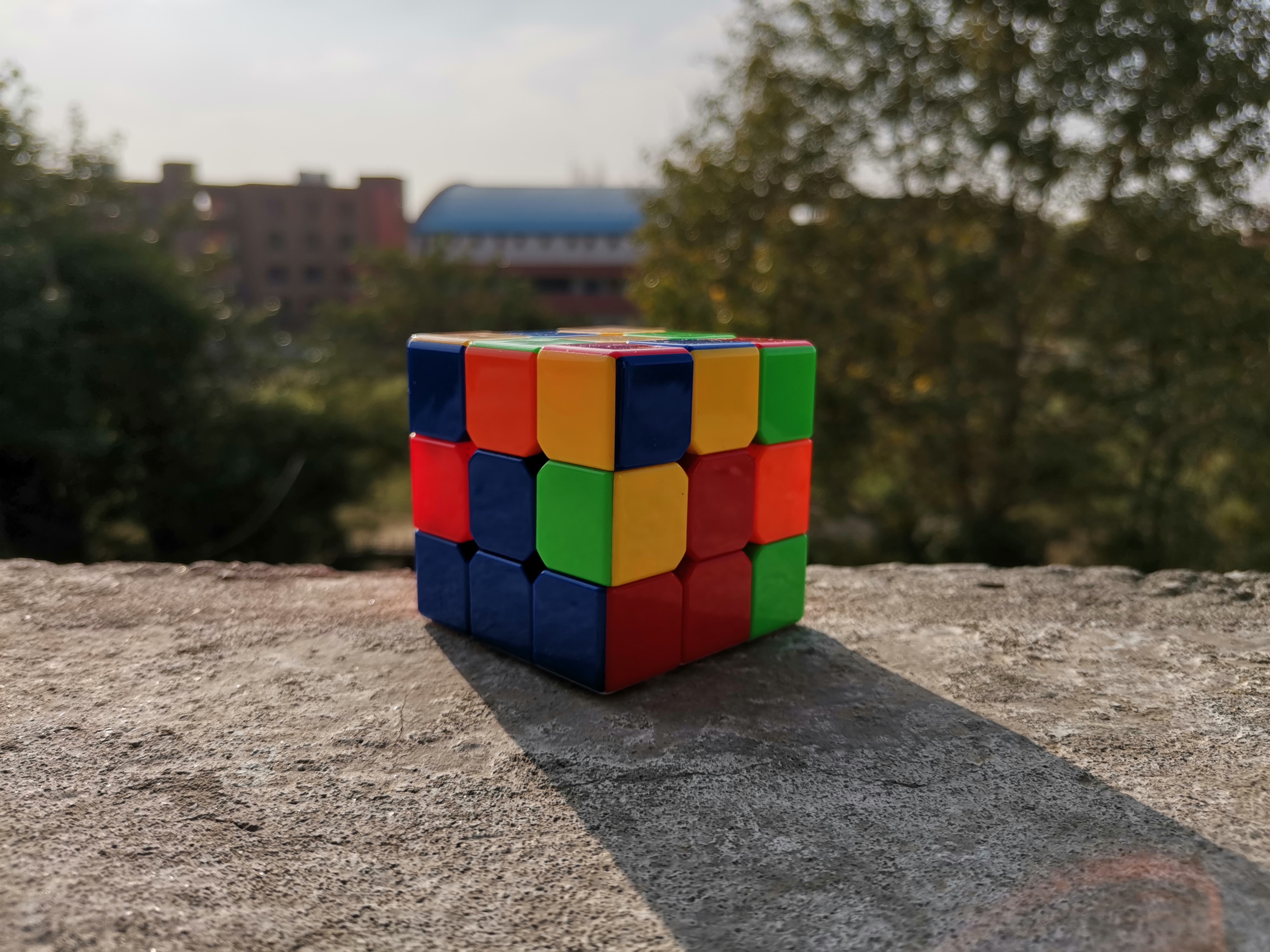 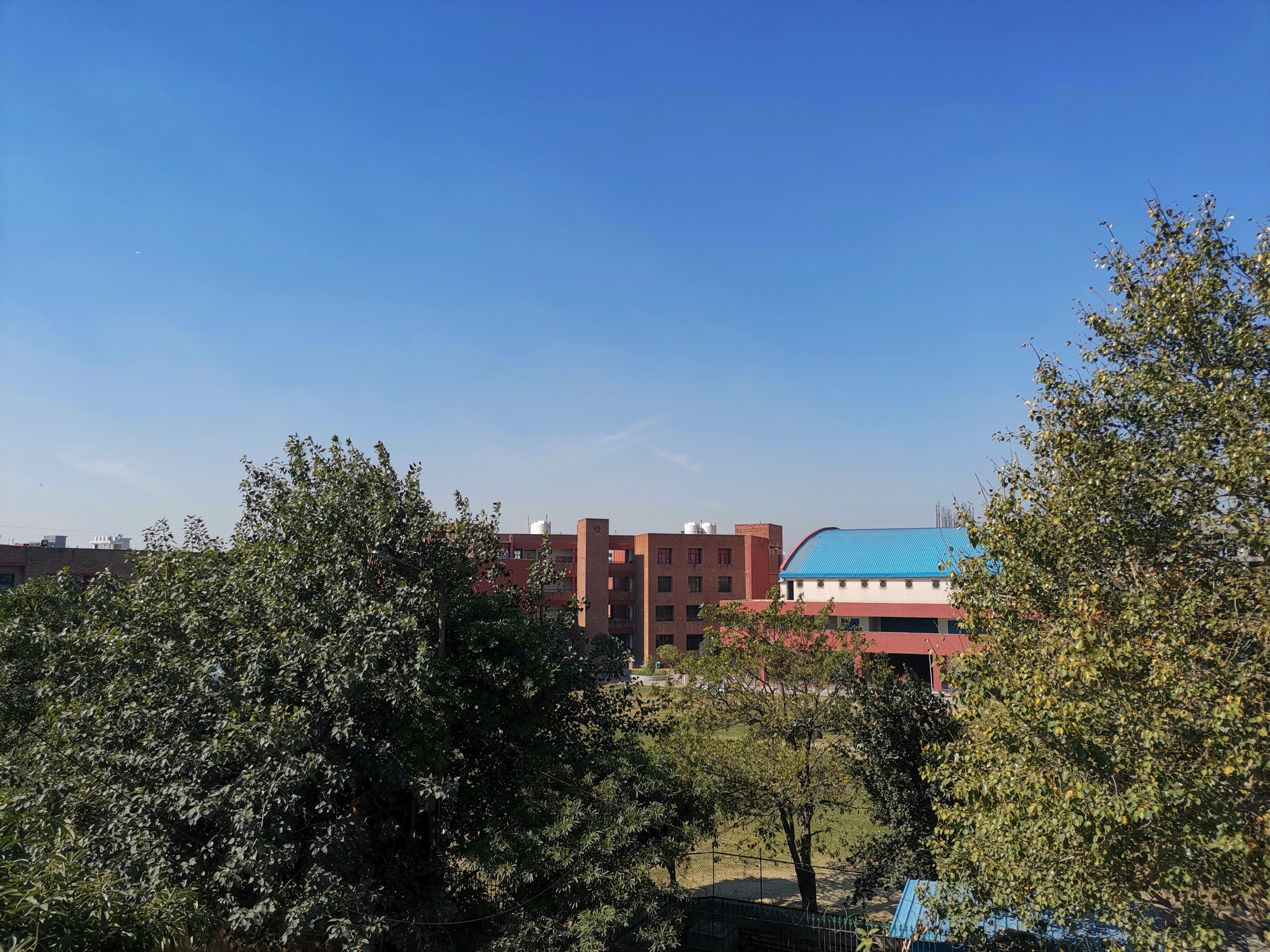 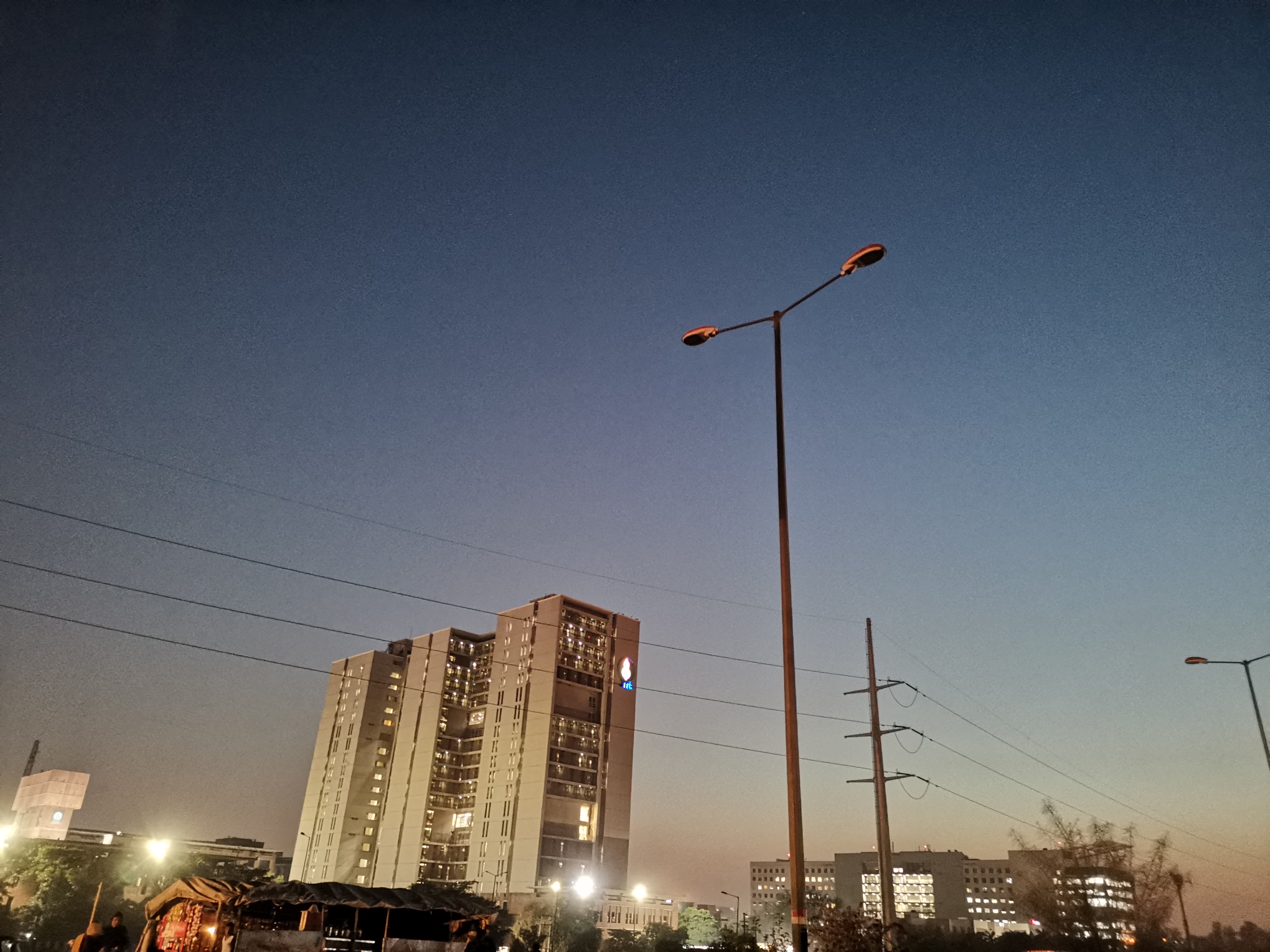 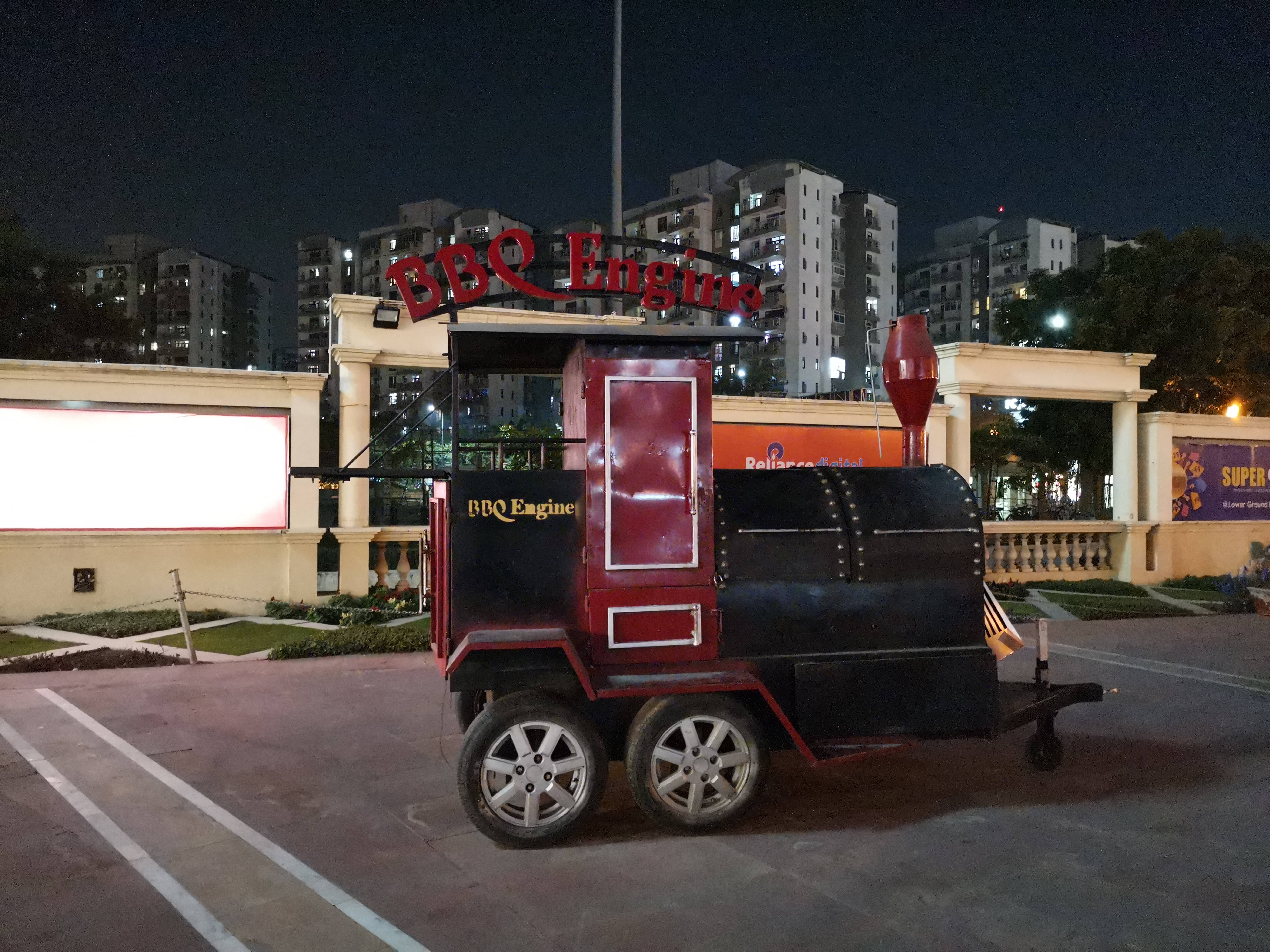 It features 25 megapixels front camera that also performs well. All the selfies were really good. Both daylight and low light selfie performance impress. Here are a few selfie samples.

While the phone doesn’t come with an in-display fingerprint scanner, it has a rear-mounted physical fingerprint scanner that is fast and I personally feel that fingerprint sensor on the back is more convenient than on the display. That’s my personal choice and your choice could differ.

The phone has bottom firing speaker and I will rate it average. Luckily, Honor has not ditched the headphone jack yet. The phone has 3.5mm headphone socket and offers good music over wired headphones. The phone also supports AptX HD for wireless audio. I also tested it and it impresses. So, you will have a good music experience on the phone. 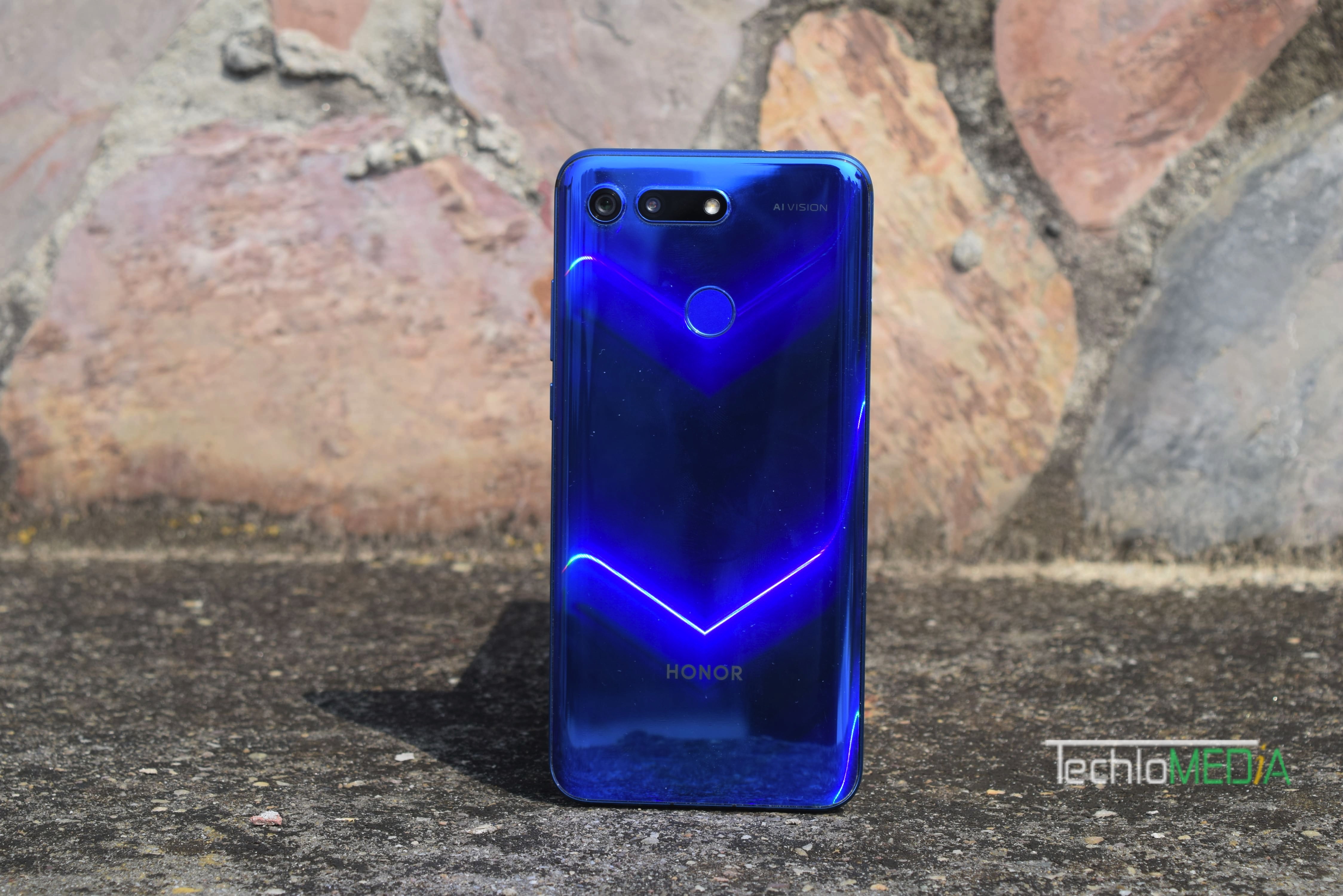 The phone packs 4000 mAh battery that performs well and Kirin 980 is also known for good power management. The battery lasts over than a day and it can reach to two days on average usage. The reason for this excellent battery life is the FHD+ display and efficient 7nm chipset along with AI battery optimization.

Honor View 20 with hole-punch display stands out of crowd due to its different kind of design. The Sapphire Blue color I use grabs attention and people instantly ask what phone is it. Honor View 20 is a solid performance and impresses with its longer battery life. The camera also performs really good in both daylight and low light.  The only major feature missing in Honor View 20 is the official water resistance but that is not a big deal because no other phones except LG offer it in this segment.

If you are thinking to buy it, you should definitely go ahead.

It will be competing against OnePlus 6T and LG G7 Plus Thinq.