Motorola to launch Moto One Power in India on September 24

Motorola has confirmed the launch date of its Moto One Power via a post on Twitter. Moto One Power will be launched in India on September 24. Moto One Power is the Android One phone that has already been unveiled in Europe, and some Asian regions. 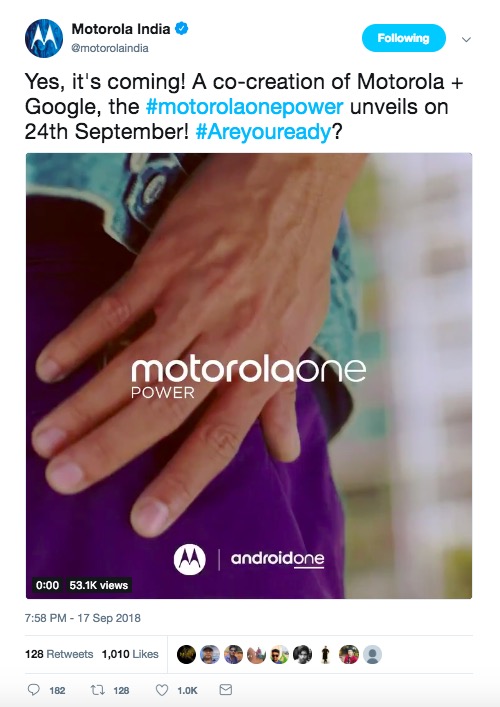 The phone features 6.2-inch Full-HD+ LCD Max Vision display with notch. It is powered by Qualcomm Snapdragon 636 chipset with Adreno 509 GPU. It has 4GB of RAM and 64GB storage with an option to expand storage up to 256GB.

The phone looks good in terms of specifications but interesting thing about the phone will be its pricing. Moto G6 series was actually not a proper upgrade to G series, but price went way too up. When other competitors are going on aggressive pricing strategy, Motorola is actually on the wrong track.

Moto G6 Plus was recently launched for Rs. 22499 the features Snapdragon 630 and 4GB RAM. It is when we have POCO F1 for lesser price offering Snapdragon 845 with 6GB RAM.