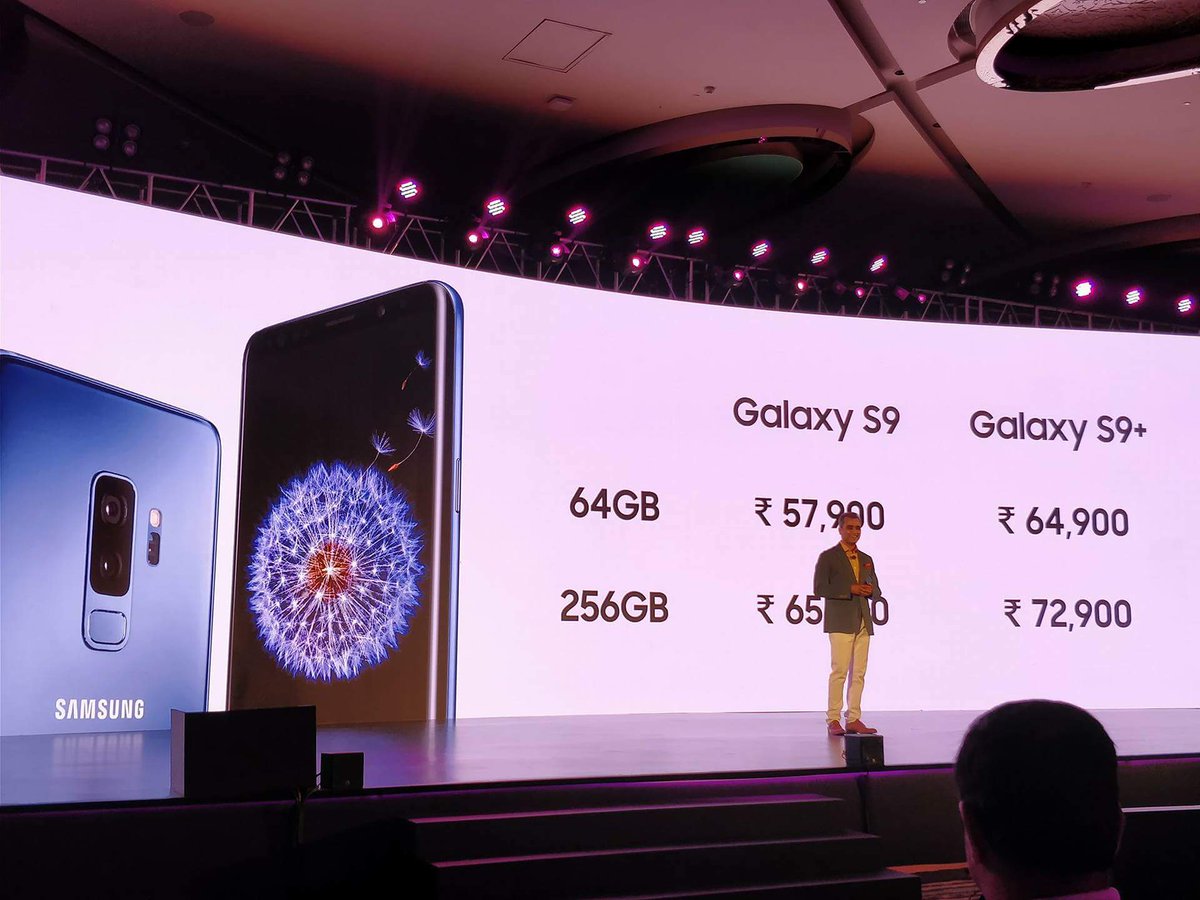 Samsung Galaxy S9 and Galaxy S9 Plus were officially announced at the Mobile World Congress (MWC) 2018 in Barcelona on February 25. The pre-booking of these smartphones in India started on February 26 at a token amount of Rs 2000. Now, the company launched these flagship smartphones for its Indian customers. Both smartphones also carry ‘Make for India’ features to delight the Indian consumers.

The main feature of the Galaxy S9 and Galaxy S9+ is the Dual Aperture camera that automatically adjusts during different lighting conditions. The F1.5 aperture capable of shooting when the phone detects low-light conditions and F2.4 aperture lens shoots when there’s ample light.  The other interesting feature of the Samsung Galaxy S9 and Galaxy S9+ camera is its super slow-mo camera which is capable of recording 960 fps.

Another interesting feature of Galaxy S9 and Galaxy S9 Plus camera is ‘Live Translation’. Users can translate foreign languages and all currency in real time by just pointing the camera at the text.

Samsung also introduced AR Emoji with a few key changes. The AR emoji feature uses a data-based machine learning algorithm. This algorithm analyzes a 2D image of the user & maps out more than 100 facial features to create a 3D model that imitates expressions, like winks and nods, for true personalization. This feature lets you create emojis that look, sound and act just like its user. Samsung users can share their real-life emotions, not only in form of video but also with a range of stickers. It uses a standard GIF file format so that users can share their emojis across most third-party messaging platforms. 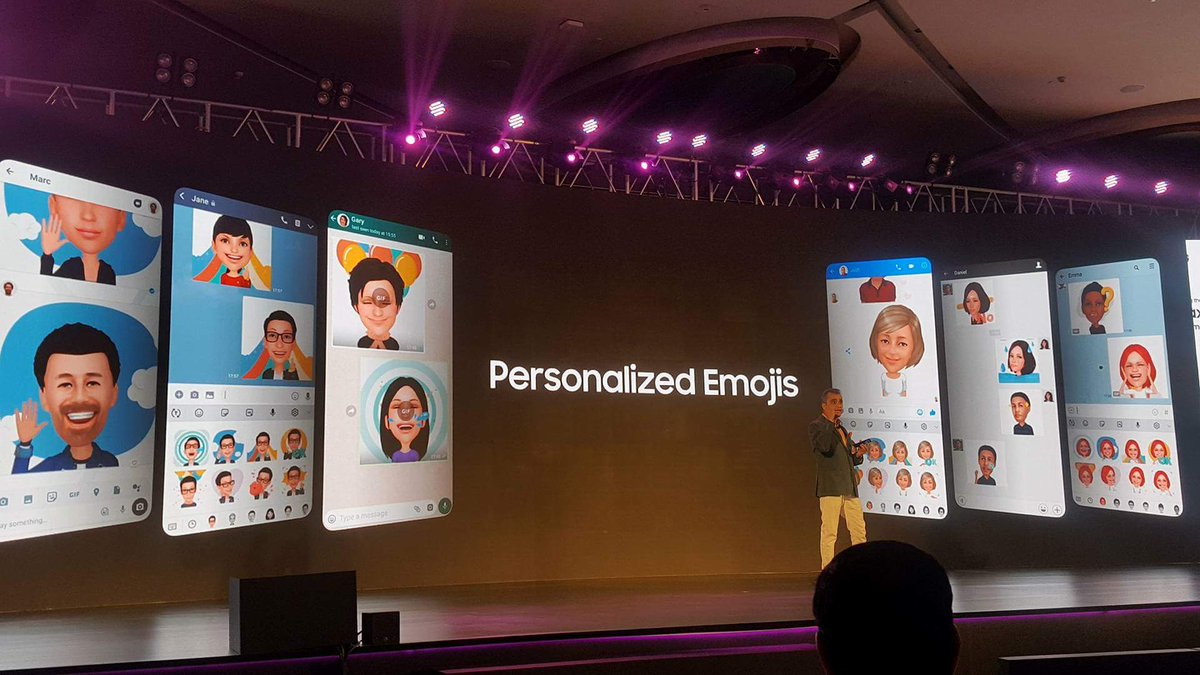 The Samsung has partnered with Reliance Jio and Airtel for better communication, faster streaming, and quicker downloads. This made smartphones fastest on 4G networks in India. With Carrier Aggregation, smartphones can stream data at approx. 250 Mbps which make them 2.5 times faster than other mobiles.

The Super Slow-motion feature is unbeatable. It offers automatic Motion Detection that detects movement in the frame and automatically begins to record in Slow-mo. After capturing the Super Slow-mo video, users can select background music from 35 different options or add one of their favorite tunes from their playlist. The Super Slow-mo also lets the users easily create, edit and share GIF files with a simple tap in three playful styles of looping – Reverse Loop, Forward Loop and Swing. 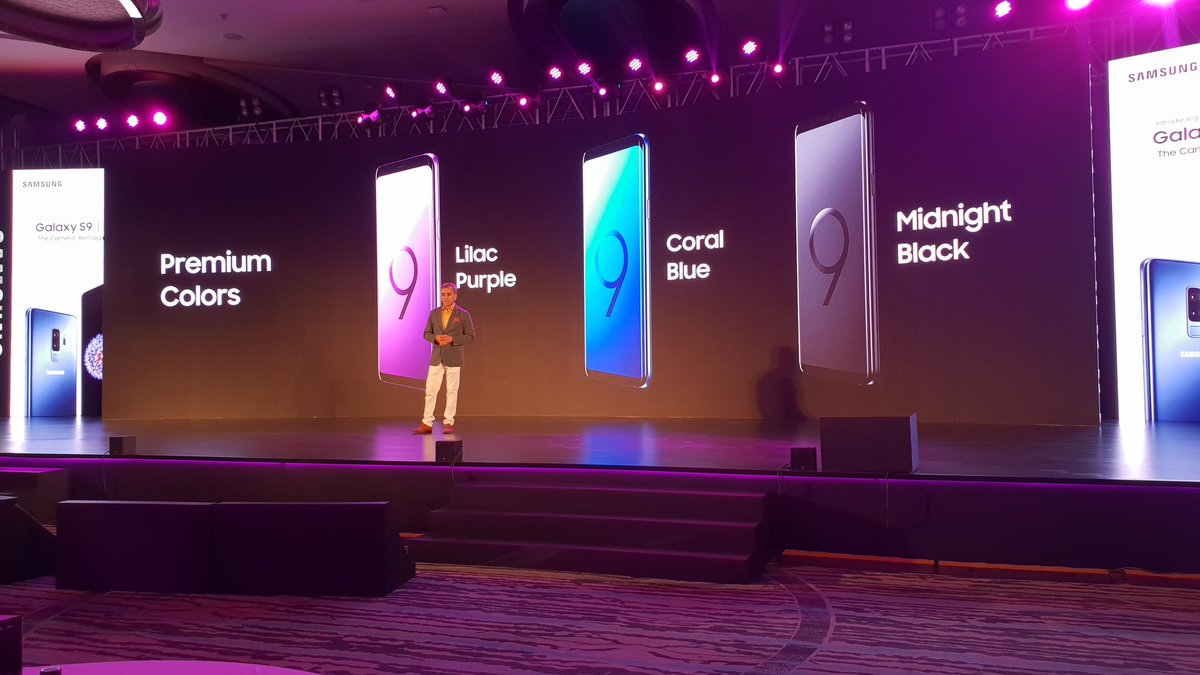 The Galaxy S9 and Galaxy S9 Plus give an enhanced entertainment experience with powerful speakers that are tuned by AKG and refined edge-to-edge Infinity Display. The smartphones are available in India in three distinctive color; Midnight Black, Coral Blue and a new hue, Lilac Purple.

Samsung is offering some interesting deals on these new flagships: