Last year, LG V20 was in the news as the first smartphone with Android 7.0 Nougat update. Now, LG V30, the successor of LG V20 was spotted on the GeekBech with 4GB of RAM and Android 7.1.2 Nougat. The smartphone appeared with the id LGE LG-H932PR.

The LG V30 has been spotted with Snapdragon 835 Qualcomm 1.90Ghz processor. The test score is about 1,900 for a single-core run and in the low-to-mid 6,000’s for a multi-core run. This LG V30 will launch on 31st of August at the IFA 2017 but these specifications by Geekbech confirmed before the IFA 2017. It is expected that this device will be having the large FullVision display with the known 18: 9 aspect ratio. 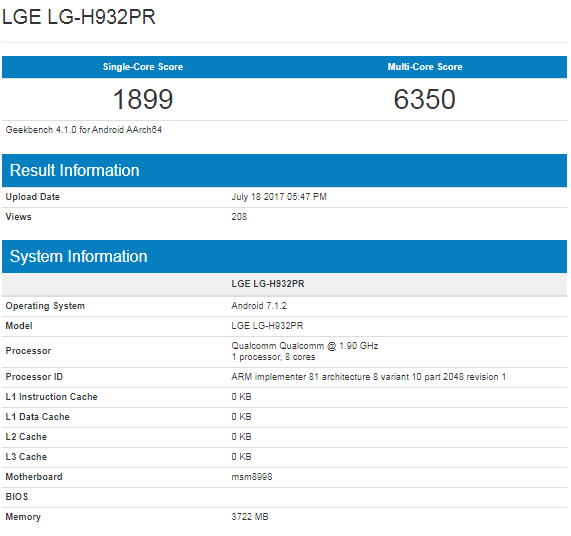 The LG V30 rumored to have a non-removable battery and water resistant technology. The phone may be available with built-in wireless charging capabilities.

Also, there are some images of LG V30 case from third-party case maker, Ringke. The phone will have the dual-lens camera like LG V20. 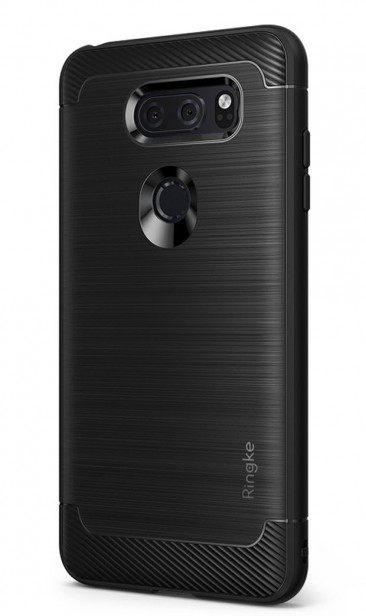 It has been rumored that the LG V30 will be the first in this V series to have an OLED screen, not the conventional LCD panel and It will be available with Google Daydream support.

We still have more than a month. So, be ready to see more leaks about this phone before it becomes official.