Smartron has officially launched its new Srt.phone in presence of company’s brand ambassador and investor Sachin Tendulkar. The company also introduced limited edition of phones with Sachin’s image on the back.

Buy it from Flipkart

This India-based company aims to show its presence in global market starting from India. Not just smartphones, the company has the aim to come in the electronics and IoT segment. Previously, the company introduces tbook, and the tphone but failed to attract enough consumers. Now with Srt.phone, the company wants to hit the market again. It is also trying to use the popularity of Master Blaster Sachin Tendulkar to boost sales.

I spent a couple of hours with Smartron srt.phone and here is my first impressions of the same.

Smartron Srt.phone is coming in a segment where we have premium metal unibody design very common. But Smartron Srt.phone comes with polycarbonate build with a faux metal finish to look like metal. The phone feels bit cheap and failed to impress.

Surprisingly, the company has put the power button at the top. In a phone with large 5.5-inch display, it is always hard to reach at top to lock and unlock the phone. If you are not using the fingerprint scanner, you will find this awkward.

The audio port is also at the top. The volume rocker is on the left edge. It has USB Type-C port placed at the bottom along with speakers. 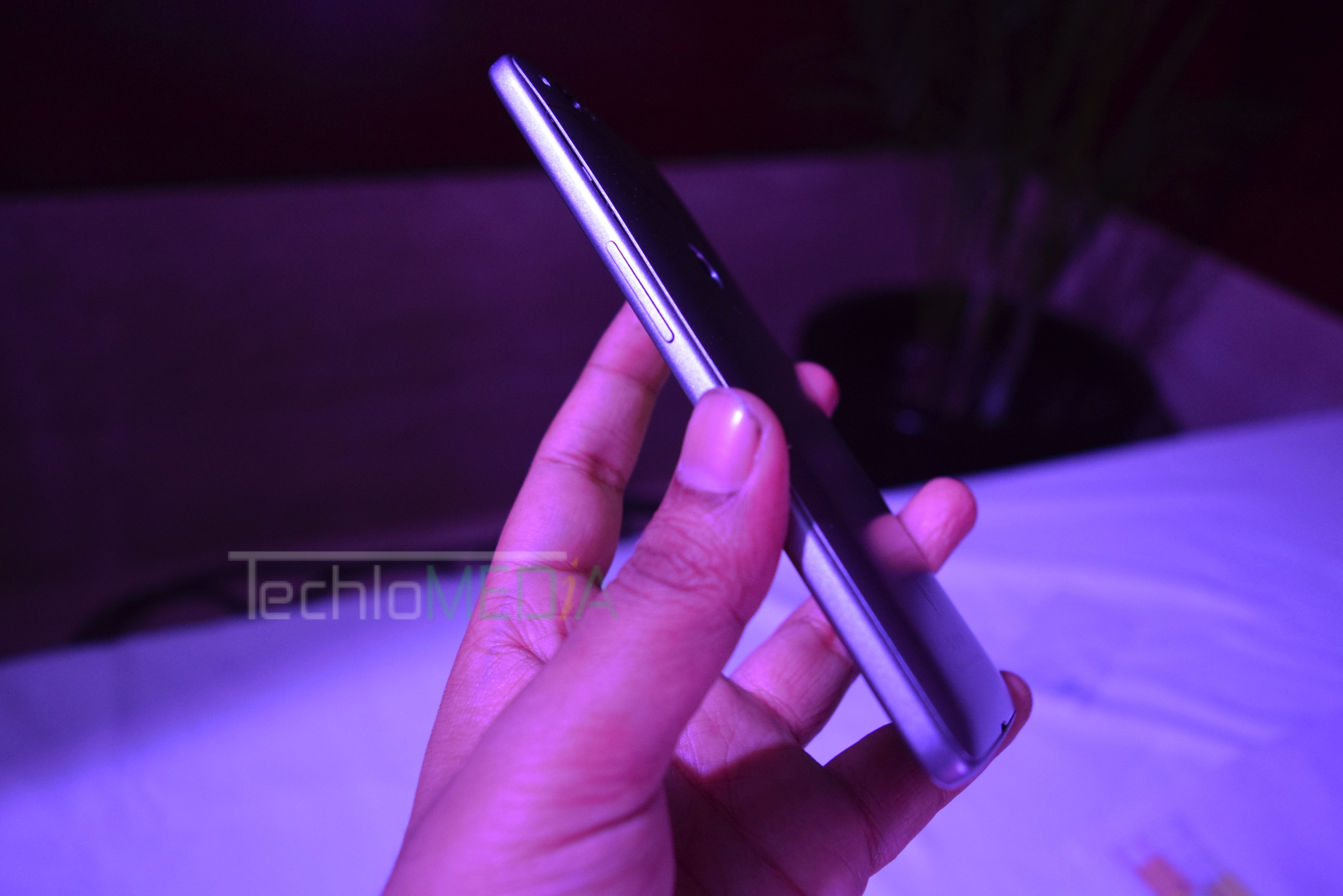 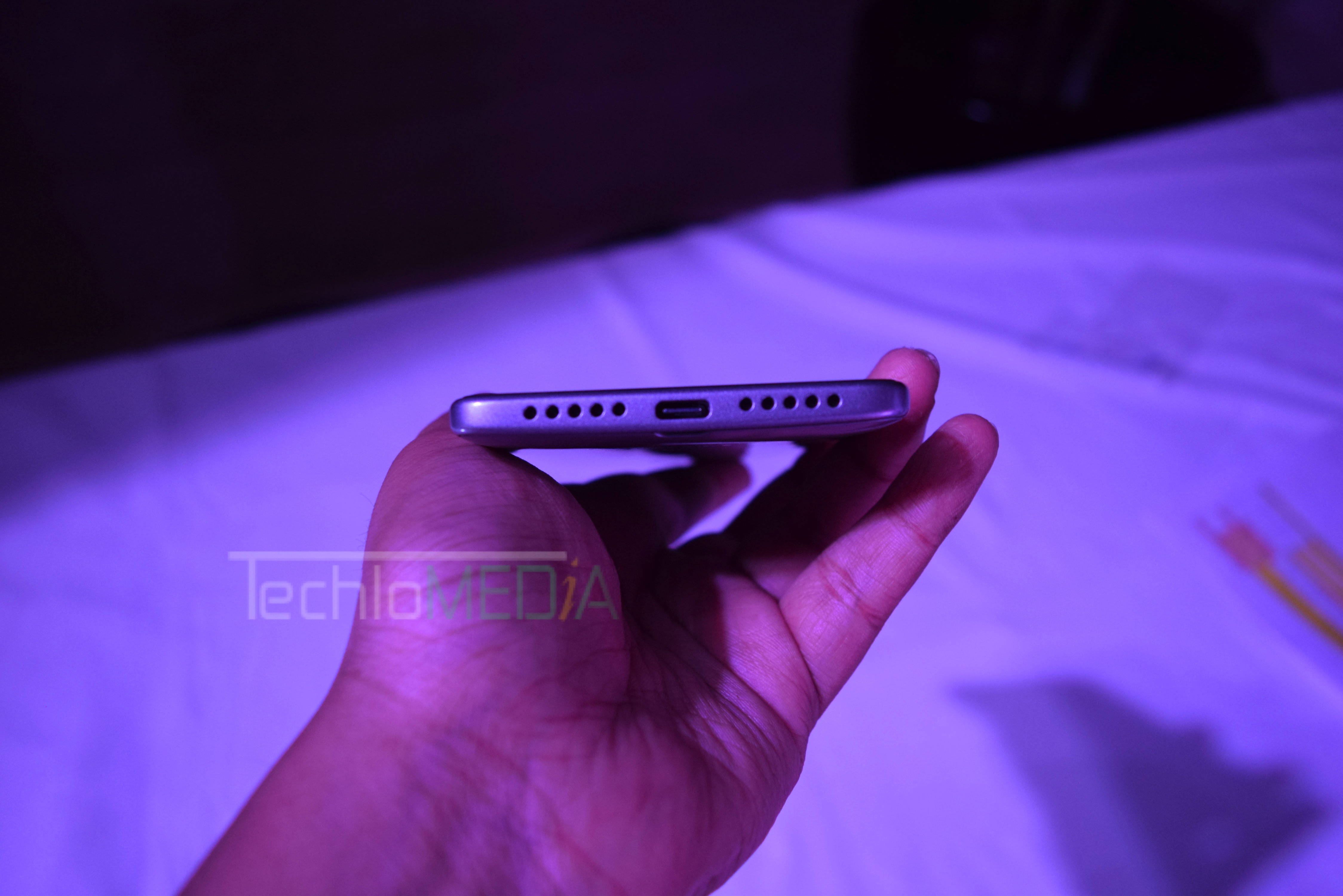 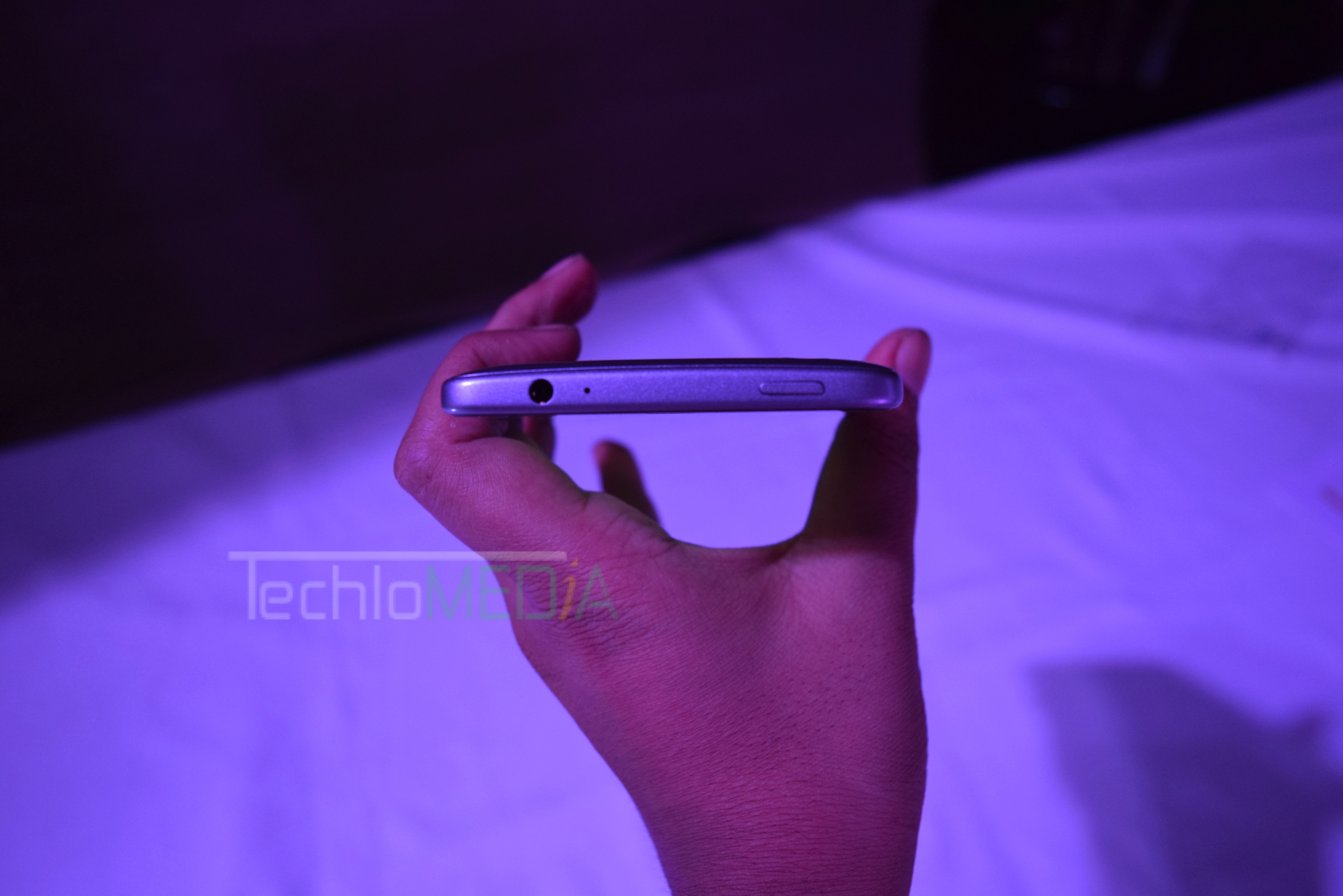 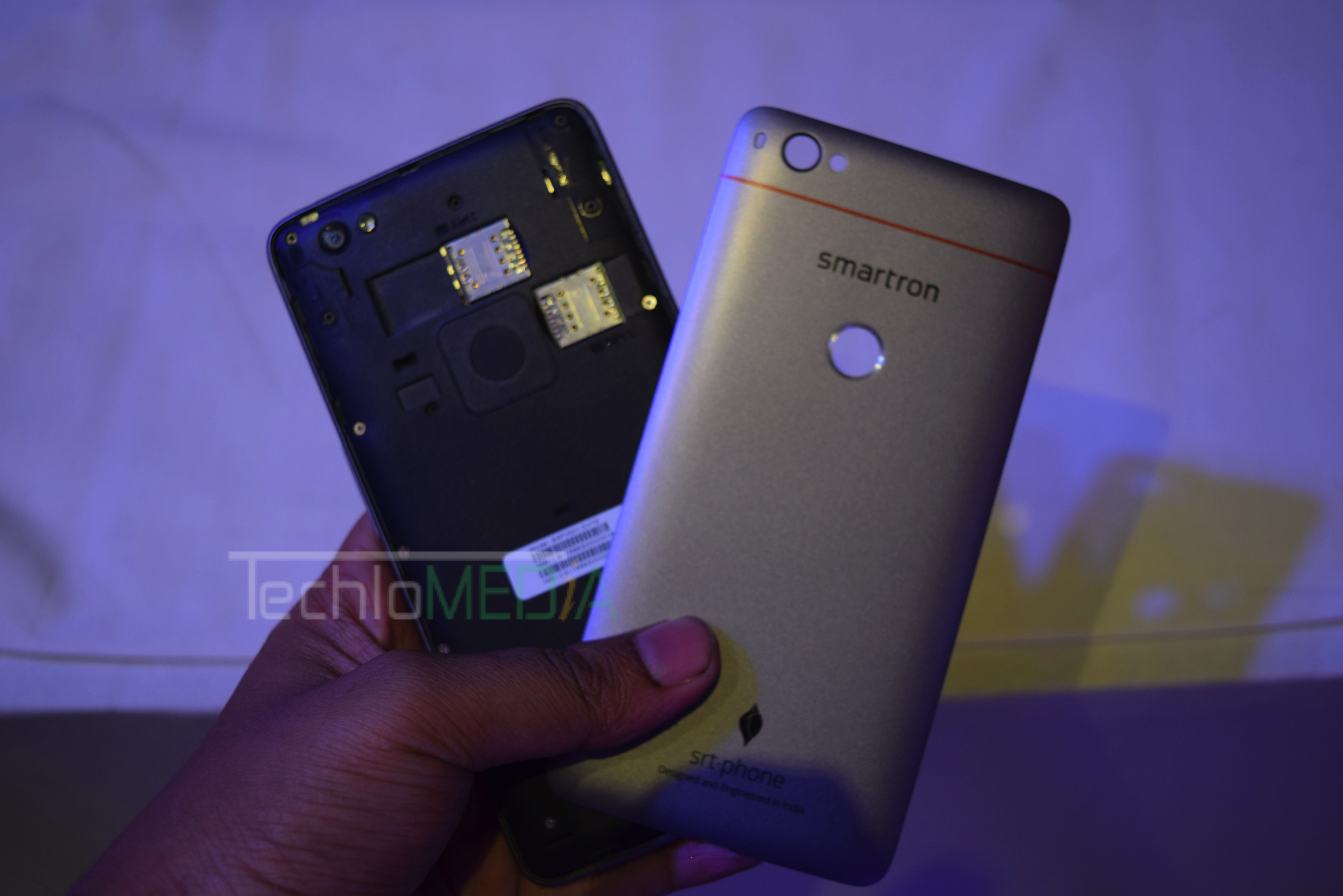 The back panel has a rear camera and LED flash at top left corner. The fingerprint scanner is also there at center side with Smartron branding. The back panel is removable where you see SIM slots.

Due to the plastic body, the phone is not heavy but bezels are fairly large to make it a large phone.

Srt.phone has 5.5-inch Full HD display. It has IPS LCD panel that looks good with nice color reproduction. Viewing angles are good but there is a slight color shift when you look from a narrow-angle. Brightness and sharpness levels are good. Only notable display feature is the Ambient display. 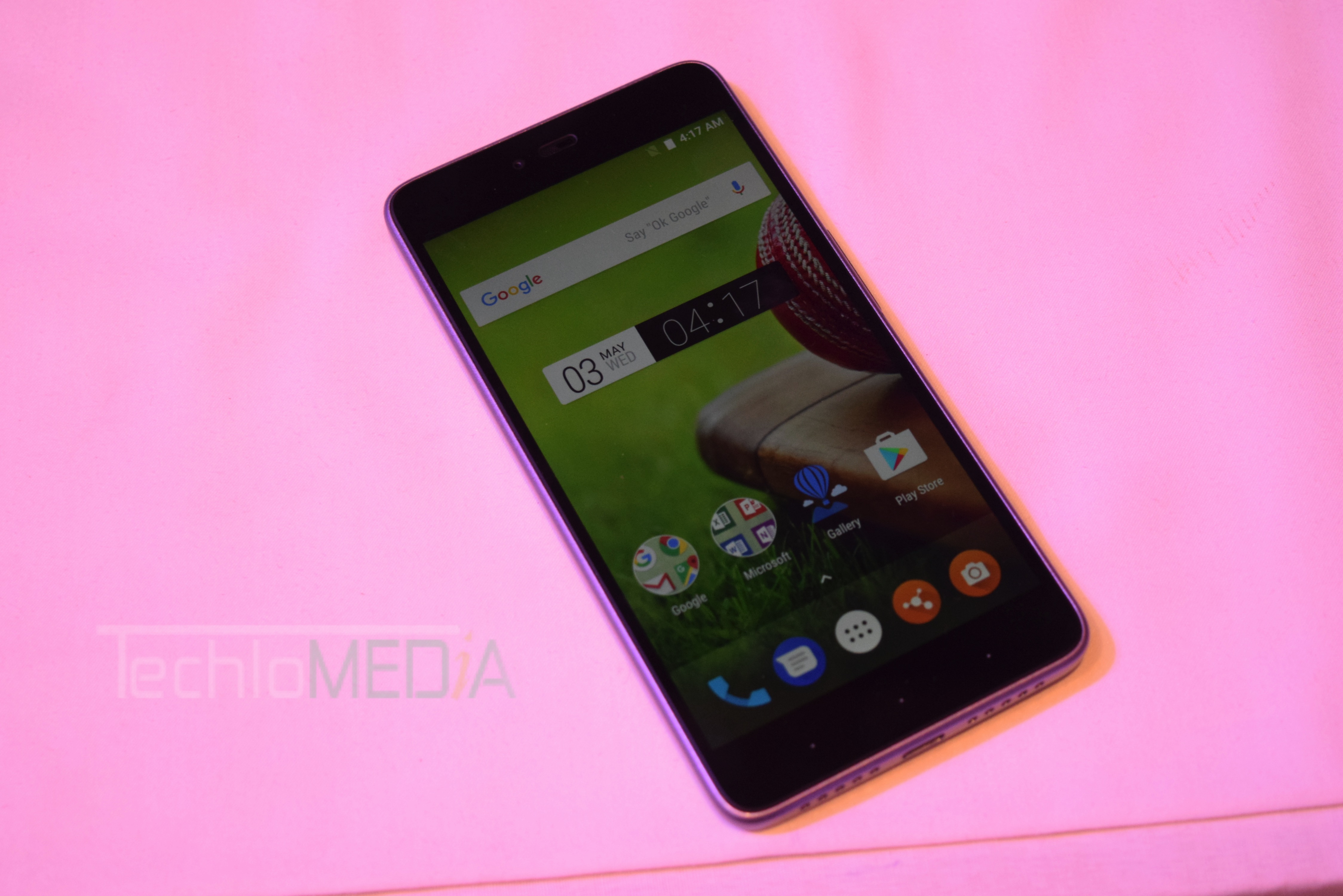 The srt.phone runs on a Snapdragon 652 octa-core chipset clocked at 1.8 GHz. It has 4GB RAM. We have already tested this chipset in many phones and it has proved itself to be a good performer. The phone offers smooth performance and good multitasking. And I expect that the performance will be same in long run.

It has Adreno 510 GPU to handle graphics performance. While I didn’t check any game on the phone, I expect it to run most of the games flawlessly.

The phone comes with 32GB or 64GB storage models. I tested the 64GB storage model where we found over 58GB for users. There is no option to expand storage, but the company is offering unlimited storage on its tcloud.

The phone runs on latest Android Nougat 7.1.1 update with stock Android. Only few custom icons were there. The UI is clean and smooth. There is no bloatware but it comes preloaded with a set of Microsoft Office apps include Word, PowerPoint, Excel, OneNote and Skype. There is also an app called ‘tronx’ to offer Smartron services.

I tested both cameras in restricted light but performance was just average. Outdoor performance was fine but it was average in indoor. The camera also struggles a bit in terms of focusing.

The primary camera can also record up to 4K UHD videos. I do not want to comment on camera without testing it properly. So stay tuned for updates and reviews. 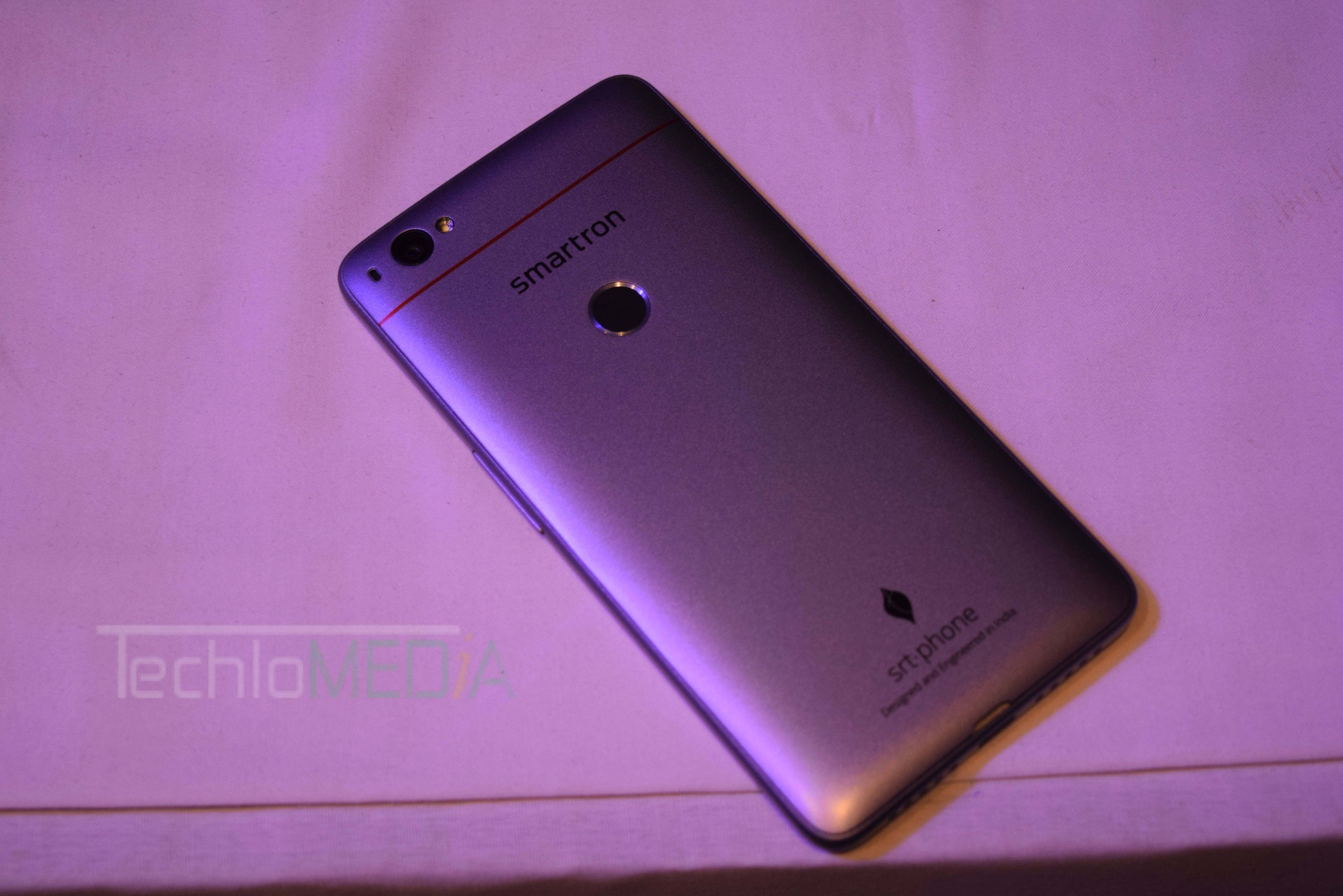 The phone has dual SIM with 4G support on both SIMs. It also supports VoLTE> It has Wi-Fi, Bluetooth, FM Radio, GPS, NFC and USB Type-C connectivity options.

The phone has 3000 mAh and supports quick charge 2.0. The company also claims to have best thermal management to avoid overheating while charging.

The new Smartron Srt.phone looks good on paper but the phone fails to impress. It comes to compete with Xiaomi Redmi Note 4 and Moto G5 Plus, and I can see a tough journey for this phone.

I am not pretty sure about the camera, but the build is average. It doesn’t look exceptional compared to the competition. I will try to get this phone for full review. So, don’t forget to subscribe our YouTube channel and like our Facebook page.

If you have anything to say, you can always leave a comment below.