One of the most interesting features of Android 7.1 is the GIF keyboard that lets you directly insert GIFs into an app. However, both the app and keyboard have to support this functionality. Few apps have already started supporting this feature and now Twitter is one of those.

In the recent beta version of Twitter, the app now supports GIF Keyboard. If you use any compatible keyboard like Gboard and using a device running Android 7.1 or higher, you can now insert GIFs in tweets directly from the keyboard app. 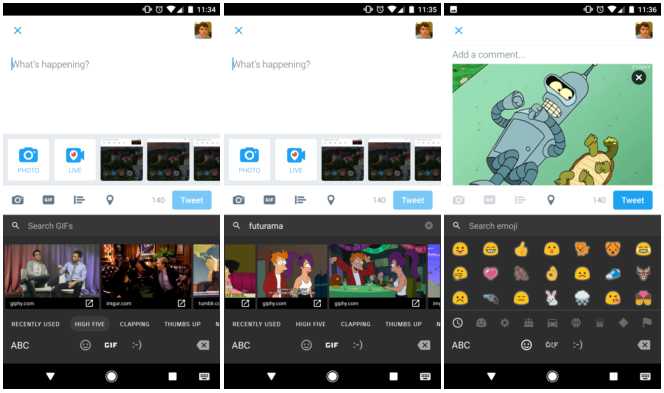 It works just like the same as inserting GIF by using GIF button. The GIF works both on Tweets and DMs. As of now the feature is only available in the beta version of the Twitter app and will soon be available in the stable version in coming days.