Earlier today, Samsung announced the results of Galaxy Note 7 investigations and confirmed the possible causes of the explosion. Now the company has Galaxy S8 and only and primary goal to achieve in coming months.

Samsung’s Mobile Chief, DJ Koh already confirmed to Reuters that the Galaxy S8 will not be coming during MWC 2017. It confirms the earlier reports that claimed an April event for Galaxy S8. 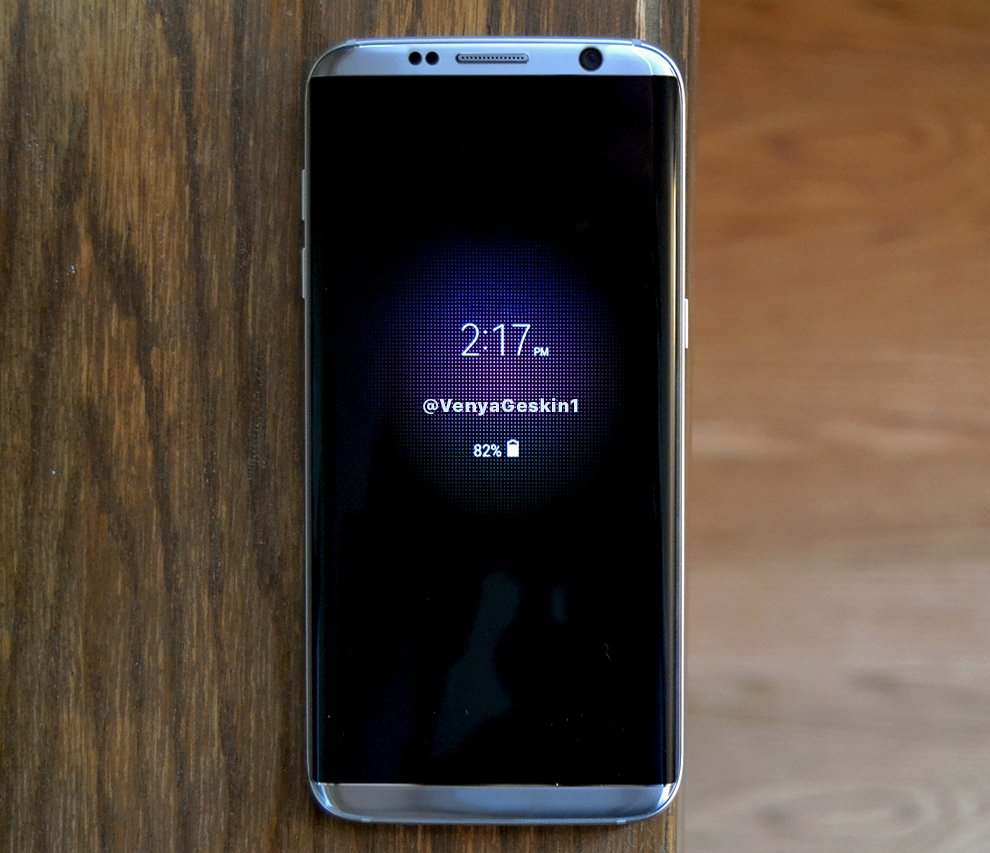 We already saw several leaked photos few of which could also be fake. Now we have a new render posted by Twitter user @VenyaGeskin1. This new photo shows the design of Phone and confirms the Always-On display. It shows the current time and battery status on the screen.

This design shows the curved edge display but something different from the Galaxy S7 Edge. It has more curved at the sides. As expected, there is no physical home button and the bezels at top or bottom are also quite small. Samsung’s logo is not visible at the front.

This leak shows the Blue coral color of the phone. Samsung is also expected to include an iris scanner.

The Galaxy S8 is very important for Samsung that failed with Note 7 due to explosion issue. It will also be interesting to see if customers trust on Samsung after seeing the dangerous battery explosion issue in Samsung’s previous flagship Note7.