Vivo V5 is set to launch in India on November 15

Vivo has just confirmed the India launch of its selfie focused smartphone Vivo V5. This phone will be launched at an event in Mumbai on November 15.

The invite image confirms that the phone will be focusing on its camera and we can expect it to be a selfie phone. Some reports suggest that the phone could feature a 20-megapixels front camera with soft-light LED flash. 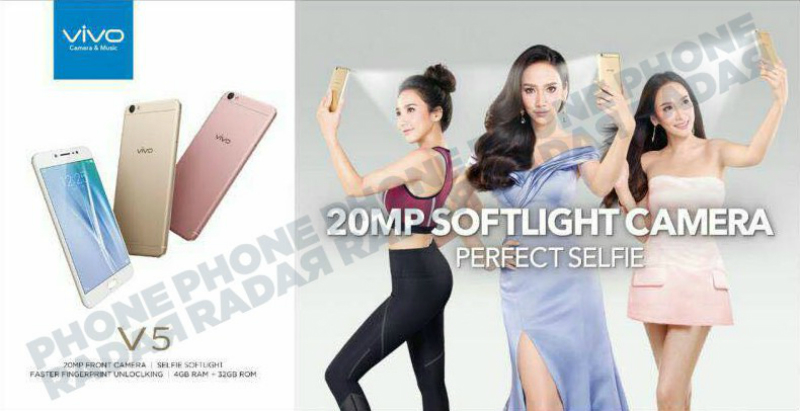 This phone carries the same kind of design pattern as previous Vivo smartphone. It will come with the 5.2-inch display, 4 GB RAM, 32 GB storage and fingerprint sensor. This time fingerprint sensor will be embedded on the physical home button.

As per the leaked image, we know that it will be available in Gold, silver and Rose Gold variants.

We can also expect a larger variant dubbed as Vivo V5 Max.

This phone will also feature HiFi audio output. We are expecting this phone to be priced at Rs. 25000. This phone will be competing with Gionee S6s and Oppo F1s in the Indian market.