With this update, Allow now supports split-screen mode on device running on Android 7.0 Nougat. So, you can now chat on Allow while using other app at the same time on the same screen. You can also now directly reply from the notifications.

This update also added a Monochrome theme which you can enable in Settings.

It also gets Android wear support. So, you can now reply with your voice or with Emojis on Android wear. You only need to tap on the notification and start speaking or tap Draw Emoji. 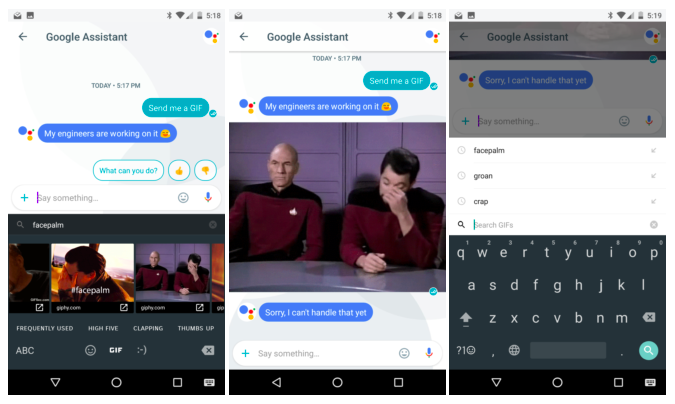 Other notable features are launcher shortcut for creating a new conversation, Incognito key alerts, a splash screen, and accessibility mode.

The update is already in process and will hit the Play Store in next few hours. If you can’t wait, you can download it from APKMirror as well.

Allo is the WhatsApp rival with an interesting Google Assistant. Most of the times, you just need to select from the suggested answer. So, it reduces your efforts. Google Allo will also get the support for Hindi Assistant by the end of this year.