Starting today, Reliance Jio is officially available with the welcome offer. But, 4G network is not the only thing it has come with. Reliance has already started testing its broadband service FTTH in Pune.

According to a tweet from a user Arjun Hemrajani, he is testing Jio broadband which is offering him the speed of up to 1 Gbps. He also shared screenshots of speed tests. He also claimed to have access to free 100 Mbps line for 3 months in another tweet. 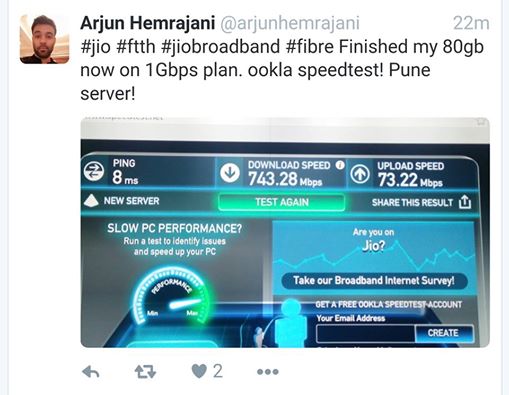 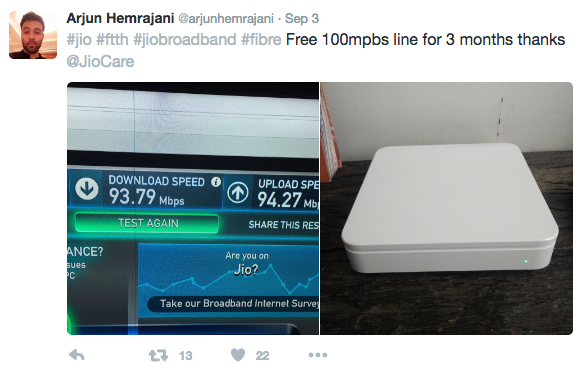 There is no official confirmations on broadband plans, but it was reported that plans will start from Rs. 500 for 100 MBPS plans. Initially, users will also get free welcome offer.

Mukesh Ambani also said that FTTH services from Jio will be available in selected cities as testing and later it will be expanded in 100 cities.

Other broadband service providers should take proper decisions to counter Jio’s growth. Airtel, Tata and other broadband provides never care for customers. Customers pay everything in advance and endup paying money for nothing. Airtel also sell its router forcefully to users. I hope now Tata and Airtel will stop their exploiting users.

If your area has Jio broadband service, let us know in comments.