Micromax’s YU brand us to stop looking it as a brand for affordable devices. YU has created a buzz with its flagship device Yu Yutopia. India has its own ‘Flagship’ device now. YU Yutopia is packed with most of things people look for in their next smartphone. Company compares Yu Yutopia with other phones including iPhone 6S, OnePlus 2, Galaxy S6 and HTC One M9. Let’s see what this device comes up to beat other flagship devices.

Note: Hands-on video is at the end of the post. You can pre-book it from Amazon.

In terms of design, this phone looks pretty decent. Full metal build and thickness of just 7.2 mm. Unlike other companies, Yu kept screen size limited to 5.2 inch. So, it is easier to use this device with one-hand. And this device is still large enough to enjoy videos and games. It has volume rocker keys at the right side and power button in between power rockers. Below side, it has micro-USB and at top, it has 3.5 mm audio output jack. I am impressed that Yu didn’t try to copy flagship and put USB Type-C.

Rear camera is at the back side under a large circular boundary. It was pretty much similar to what Lumia flagship comes with.

Back cover is non-removable. So to put SIM cards, it has a slot at the left side. It offers Hybrid SIM slots and hence you cannot use dual SIM and expandable storage at the same time. But support of USB OTG opens all the storage limitations.

Overall this device impresses us with its premium look and feel. In terms of design, it gives us a flagship like feeling.

Yu Yutopia boasts to have 5.2inch Quad-HD Sharp LCD display which gives a 515ppi pixel density and gorilla protection makes it scratch resistant. Display also impresses us in terms of viewing angles and ability to play High resolution videos. Yu has used display based on one glass solution technology and comes with true black display which gives it a good look even if the device’s display is off. 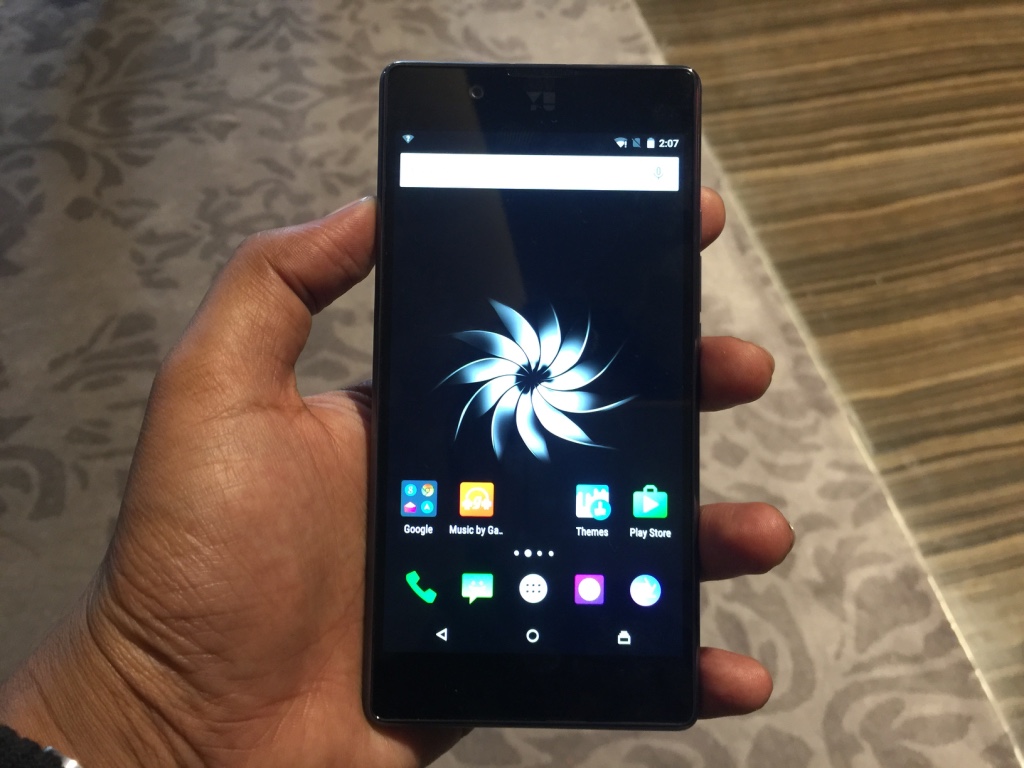 I also checked display in open light outside the building. Display is reflective and hence you will see the shadow but it will not stop you from working with phone. You can still see phone’s content, though readability declines.

Watch the video attached in the post to see how it can play videos and its ability in outdoor conditions.

Only wrong this was that display is tend to collect fingerprints though. So, you will have to clean it again and again.

Like other YU devices, this also comes with popular Cyanogen OS. Yutopia runs on Cyanogen OS 12.1 based on Android 5.1.1. Cyanogen offers various improvements over Android. This makes it most popular custom Android ROM around the globe. 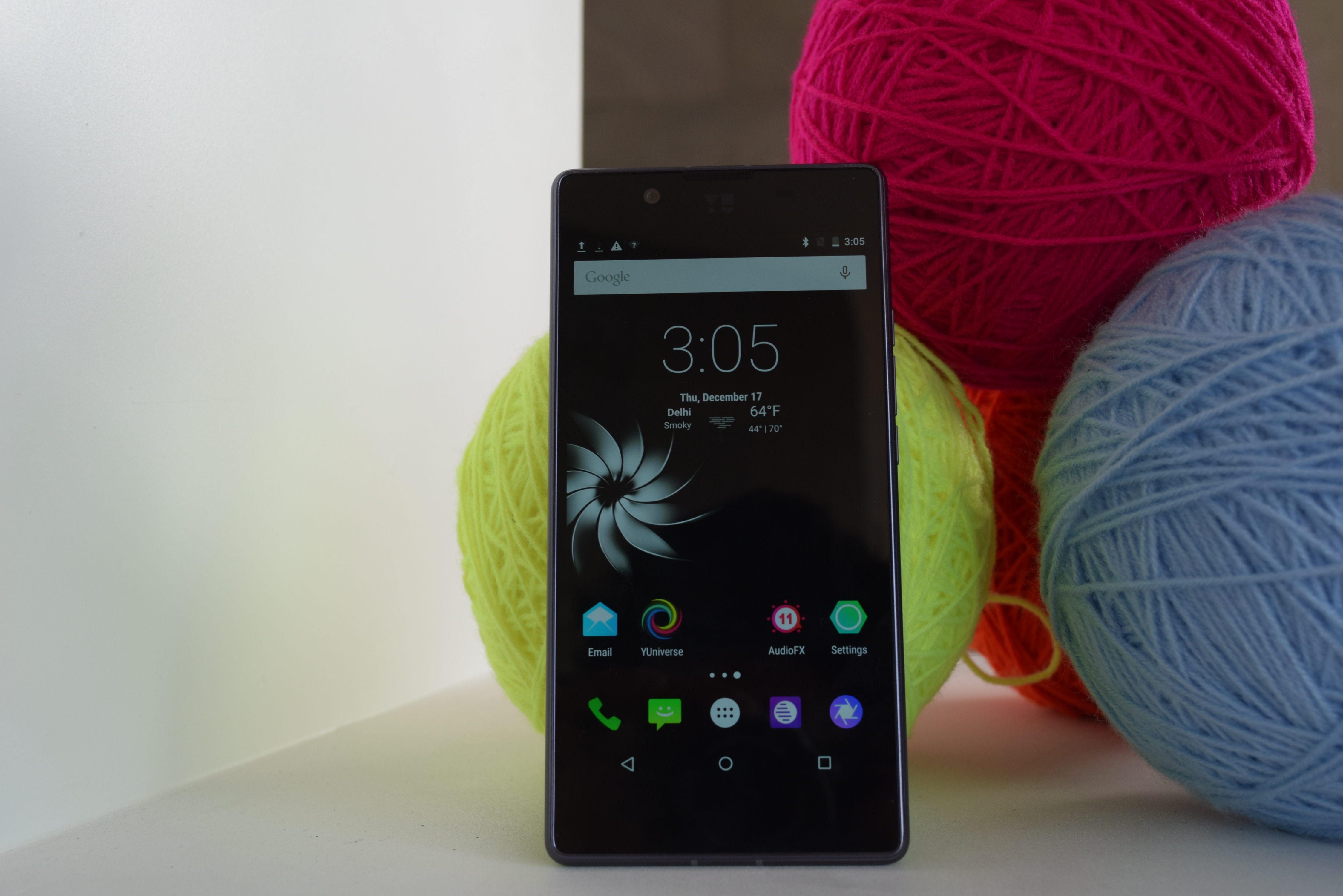 Not just this Phone, Yu also announced its in-house developed software service ‘AroundYu‘. Yutopia comes packed with AroundYu which can be accessed by swiping right on homescreen. It lets you access various things including cab booking, flight booking, food ordering, price comparison and more. As a launch offer, Yutopia customers will also get additional discount on different services. It seems good, but I didn’t get enough time to check how exactly it works.

This section of Yutopia is strong enough to make it a true flagship device. Yutopia is powered by octa-core Snapdragon 810 processor with 4 GB RAM. Processor is also backed with Adreno 430 GPU. So, this phone is capable of performing high-end tasks smoothly. Multi-tasking is also good enough to play high-games and switch to other apps quickly. As of I cannot comment on heating while gaming. I will post complete review for letting you know more details. 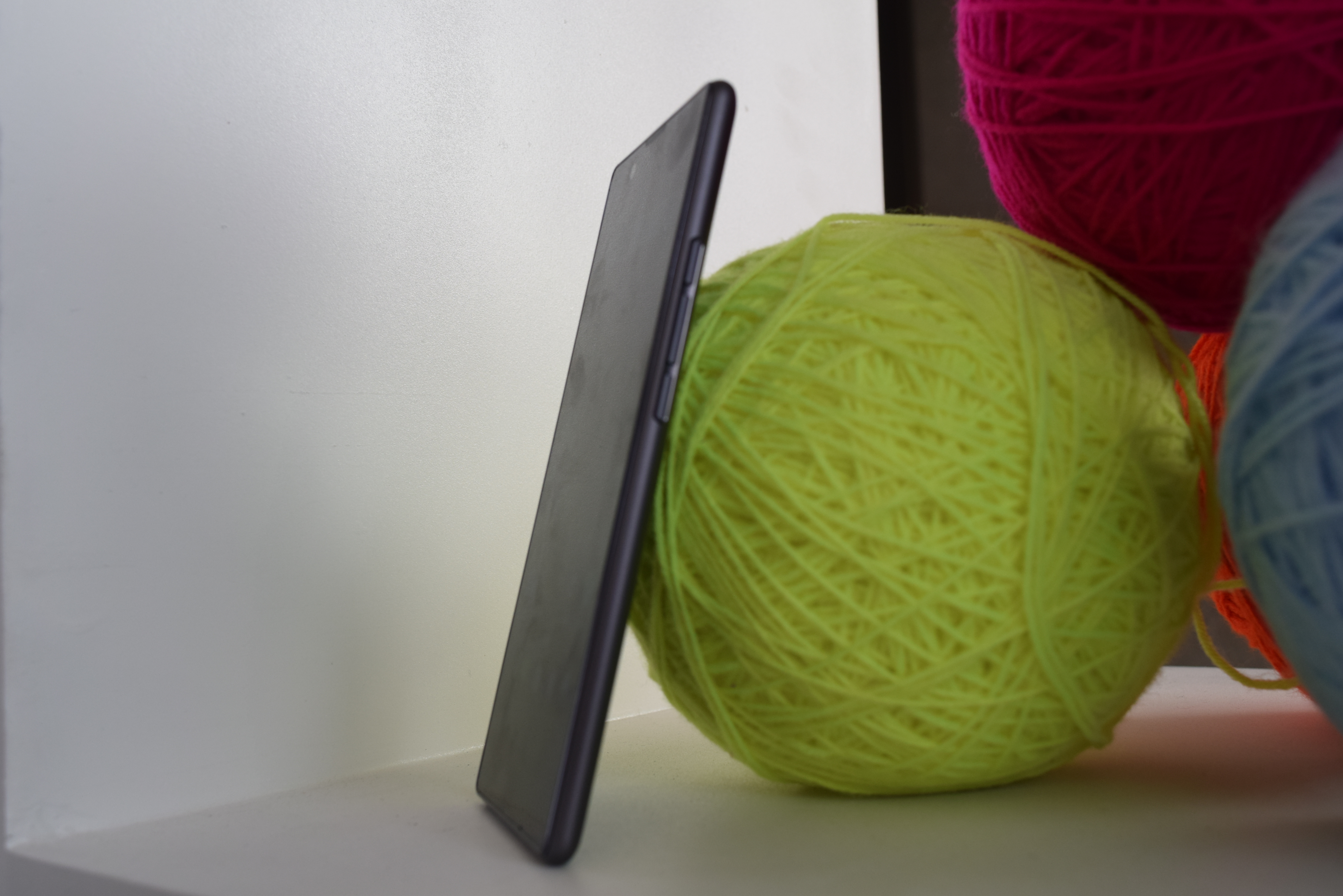 This phone comes with a 21 megapixels rear camera with dual-tone LED flash, Sony IMX320 sensor and an f/2.2 aperture . GOod thing is that object image stabilization and phase detection autofocus both are there. Rear camera can also record 4K videos. It an also shoot slow motion HD videos at 120fps. On the front side, you get an 8 megapixels camera with a 5 element lens.  So, camera capabilities are awesome. 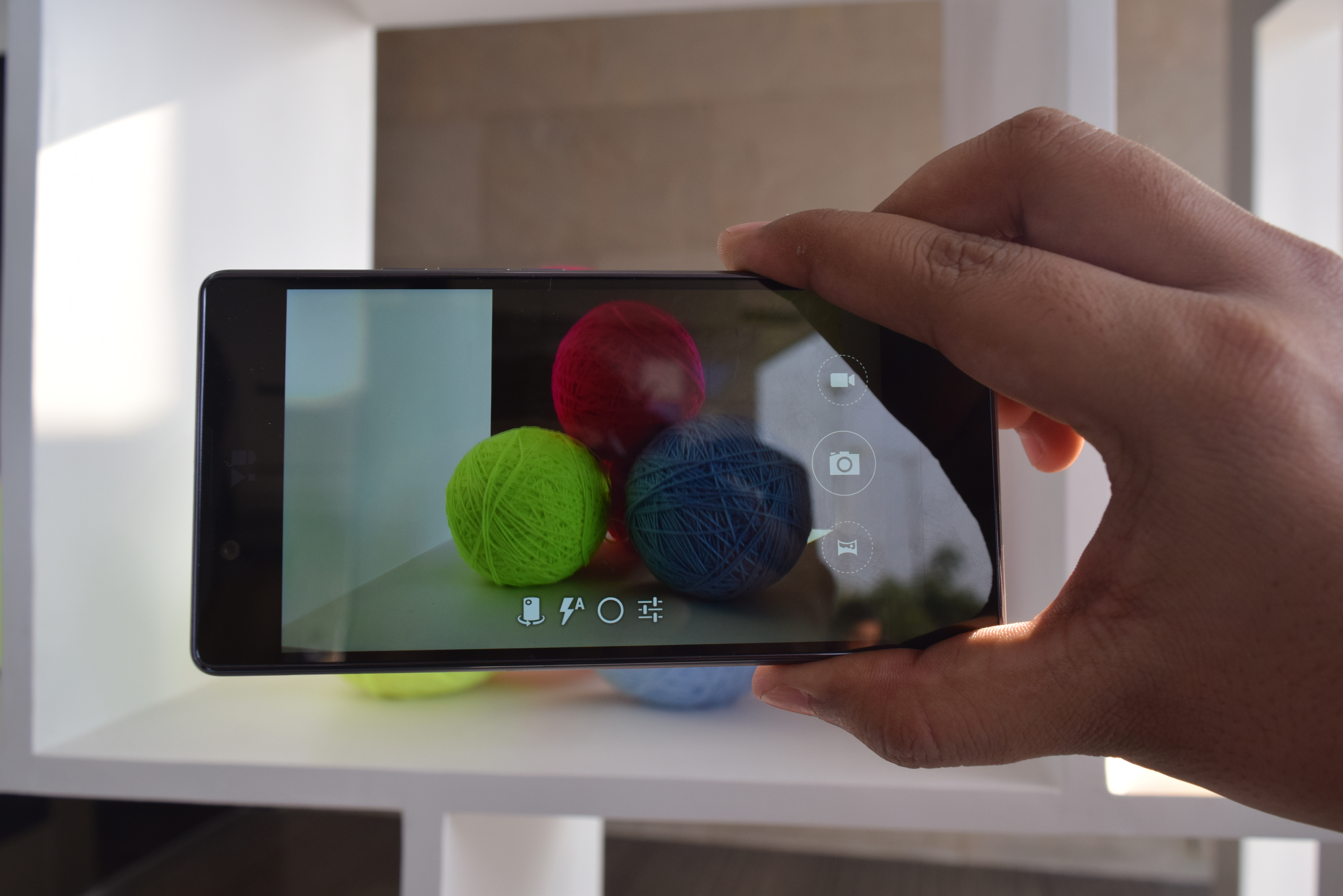 Camera was quick enough to focus on objects quickly. Of course it is not as fast in indoor conditions when Light is low but in proper light, it works pretty well.

The camera app interface is very similar to what we have seen on Cyanogen OS. Once, camera app also crashed while using it for long, but I cannot comment on this without full review. Impressive thing was that while recording a 4K video, I faced no heating. Although video was short but, Xperia Z5 Premium camera app crashed for me for doing the same due to heating.

It comes with most of the connectivity options you would expect. 4G LTE support, WiFi 802.11ac, Bluetooth 4.0, GPS with AGPS and microUSB port for charging and data transfer.

The fingerprint scanner is also something which we were expecting. It is easy to setup and works good. 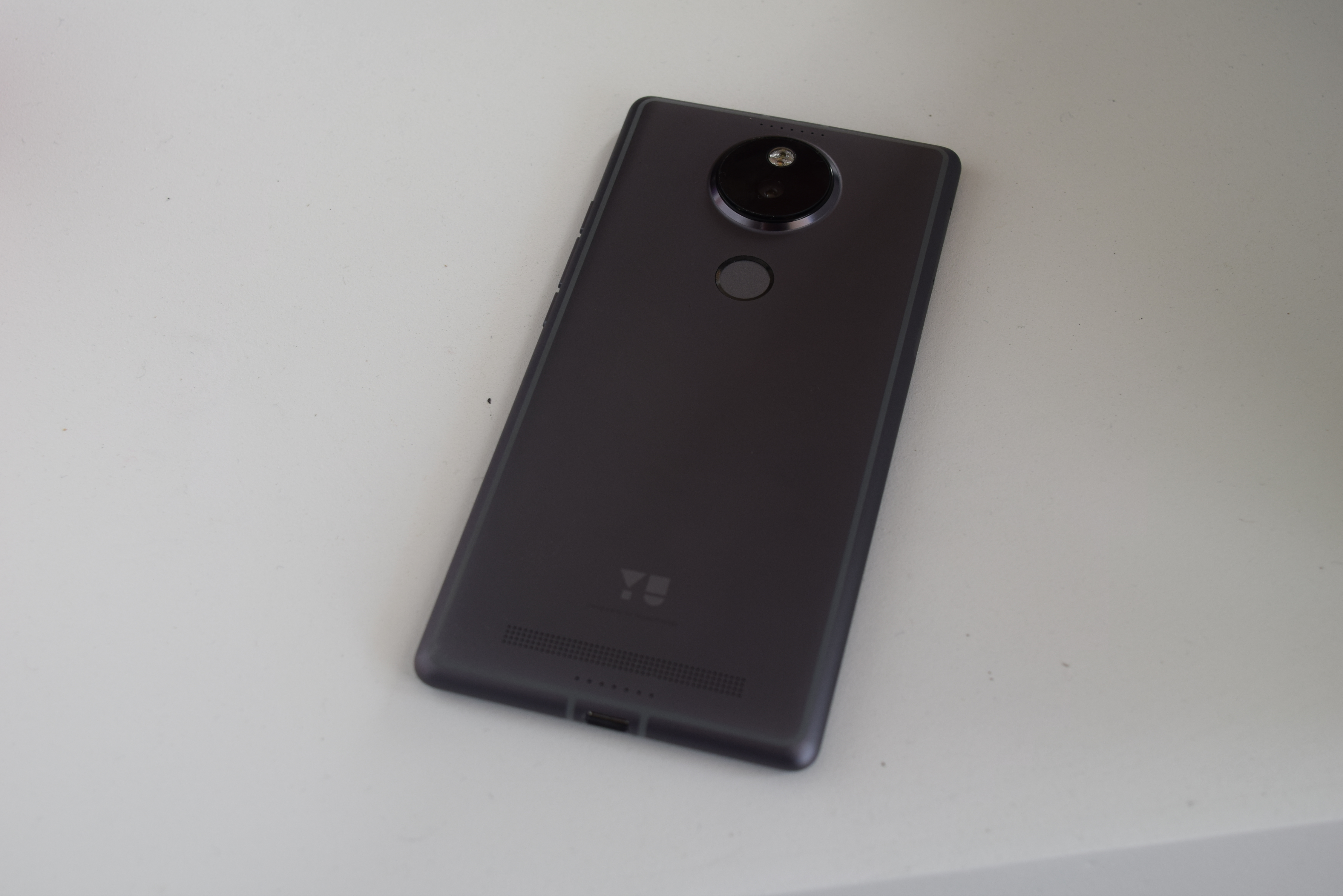 It is packed with 3000 mAH battery which seems to be just satisfactory for this kind of hardware specifications. It also supports the Qualcomm Quick Charge 2.0 feature which can charge battery from 0 – 60% in just 39 minutes. But I cannot comment on the performance without full review. 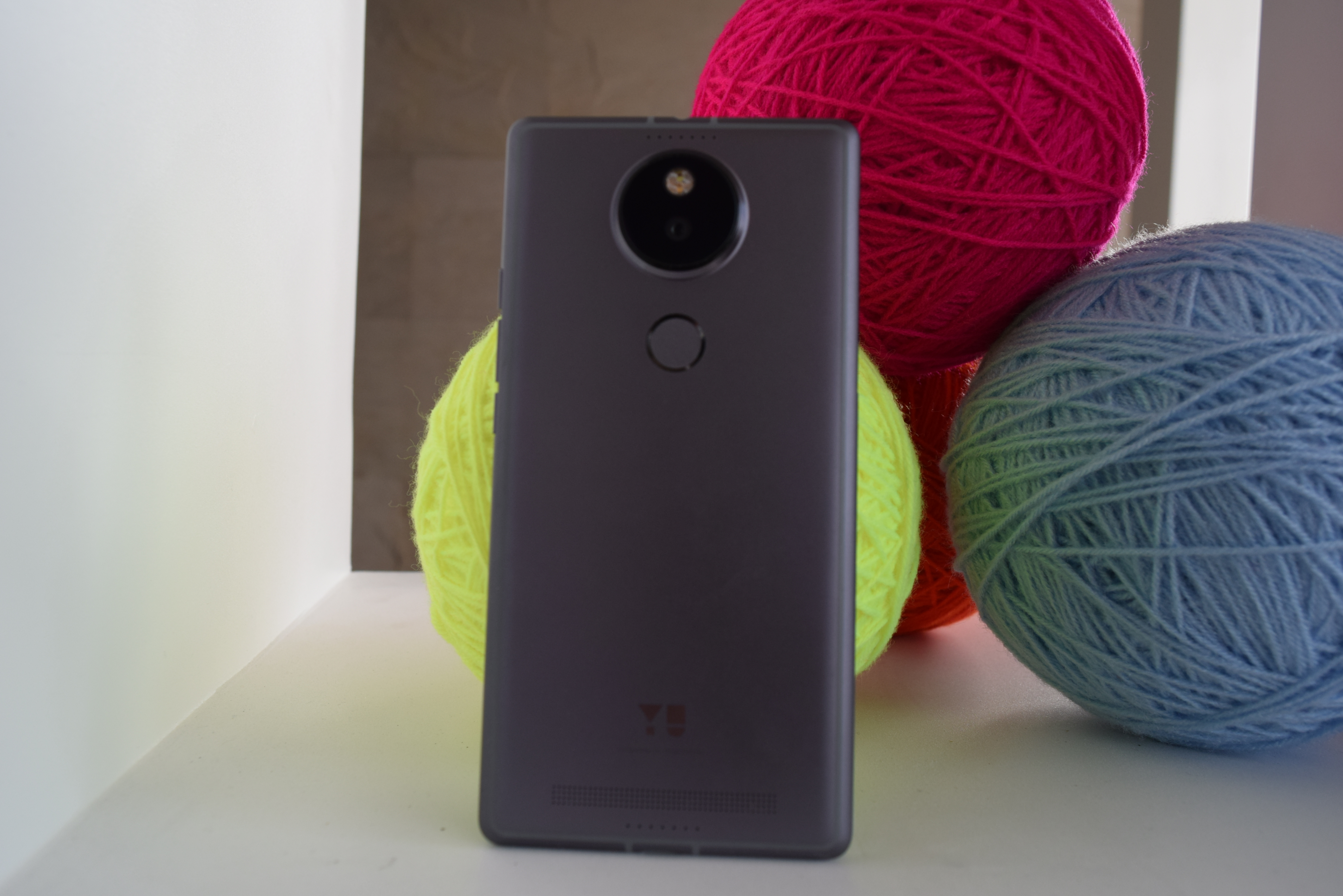 This phone shows how far Micromax’s Yu brand have come up in just one year. This is the first time, company launched a device with proce more than 15000 and this device really impresses us. It seems that Yu has got success in fulfilling its promise to give India ‘its own flagship device’. In terms of design, specs, performance and software, Yutopia got success in impressing us.