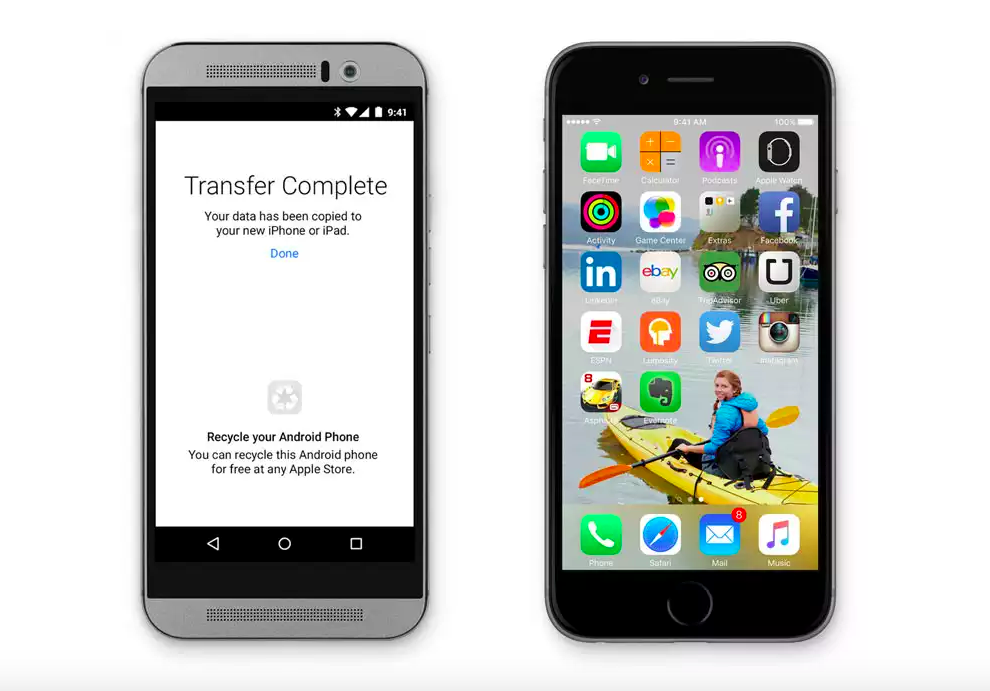 This app helps in moving essentials things like contacts, messages, calendars, mail accounts, and media files including photos from an Android device to any iOS device running on iOS 9. Everything it does over wireless. Not only just in moving data, it also helps in regain all your Apps in iOS. It will check your apps in Android and then suggests you to download the iOS version of those apps in your iOS device. If the app is paid, it will be added to your wish list in App store.

We only know this much of information about the app. There is no demonstration video of the app. This app is expected to release with the release of iOS 9. Releasing it before iOS 9 does not make sense. So, we will have to wait for few more months to know more about “Move to iOS” app.