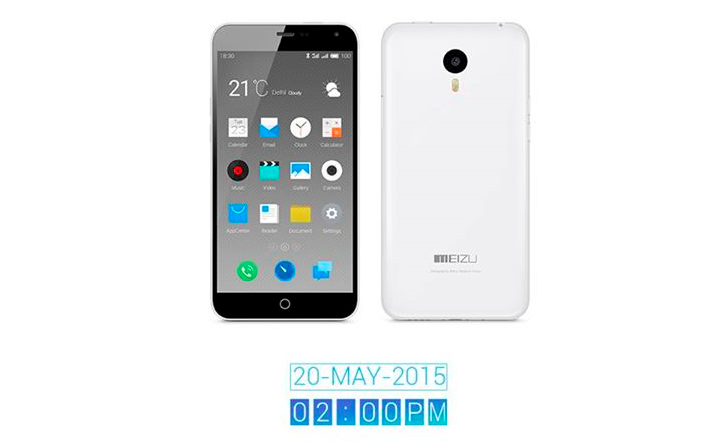 Earlier it was reported that Meizu is planning to enter in Indian market. Now, it has confirmed that its M1 Note will be available in India starting from May 20th exclusively via Amazon India. Sale of the smartphone will start from 2 PM, May 20 onwards. It is not the flash sale, so there is no need to pre-register to buy the smartphone. Company confirmed these things via a post on its official Facebook page.

Company didn’t confirm the pricing details. But company plans to price its smartphones aggressively in India to compete with existing key players. We can expect the price of the smartphone to be Rs. 15000.

Meizu m1 note is a powerful smartphone. It features a 5.5 inches full HD display with Corning Gorilla Glass 3 protection. It is powered by a 1.7 GHz Octa-core Mediatek MT6752 processor with Mali-T760 GPU. It has 2 GB RAM and 16 GB internal storage with microSD card slot. It also has a 13 megapixel rear camera with dual LED flash and a 5 megapixel front camera.