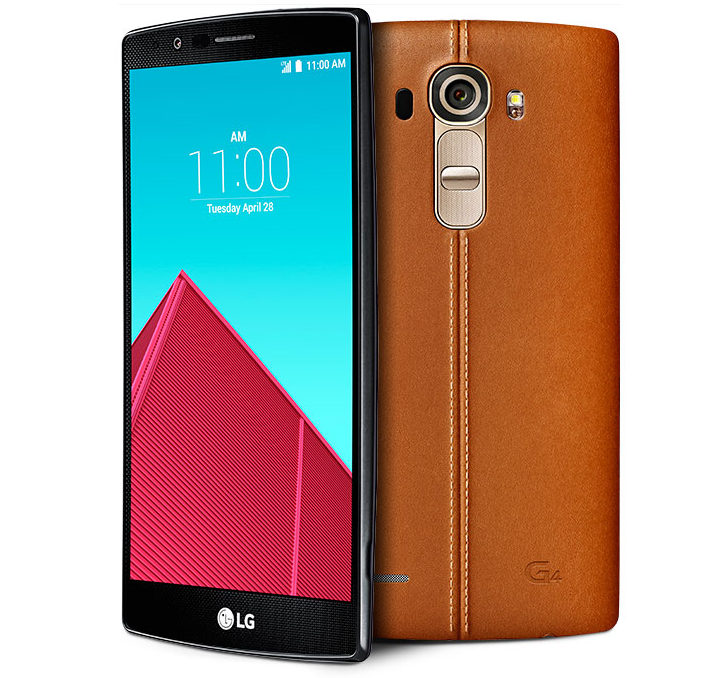 Unlike expectations, it does not have metallic body. LG G4 has a polycarbonate body which offers good handling. It features a 5.5 inch QHD IPS Quantum display with 534 PPI. Screen is also protected with scratch resistant Corning Gorilla Glass 4. Stylish genuine leather back panel options is also available. It is powered by a 1.8GHz 64-bit Hexa-Core Qualcomm Snapdragon 808 processor with X10 LTE and Adreno 418 GPU. It has 3 GB RAM and 32 GB internal storage. It also has microSD card slot to expand storage up to 128 GB. LG G4 runs on Android 5.1 Lollipop with LG UX 4.0 skin on top.

It has a 16 megapixel autofocus rear camera with optical image stabilization and dual-LED (dual tone) flash. LG G4 is also capable of shooting panoramas up to 104 megapixel. You can also record videos at 2160p@30fps and 1080p@60fps. It also has a 8 megapixel front camera with new state of art ultra-thin IR filter. LG G4 has very fast camera startup of just just six-tenths of a second. It also has a feature called Quick Shot that lets users capture photo without opening the camera app just by double tapping the phone’s Rear Key. 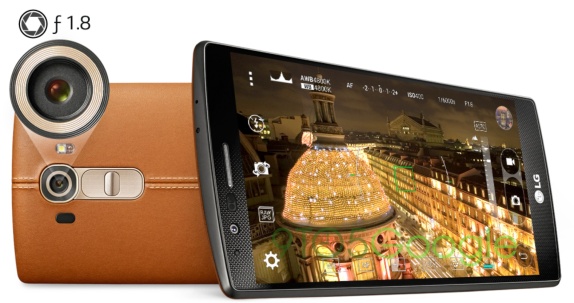 It comes with various connectivity features including Wi-Fi 802.11 a/b/g/n/ac, dual-band, Wi-Fi Direct, DLNA, Bluetooth 4.0, A2DP, LE, apt-X, A-GPS, GLONASS, NFC and IR blaster. It is packed with 3000 mAh removable battery with fast charging technology. It can be charged up to 60% in just 30 minutes. You can also wirelessly charge LG G4 with Qi-enabled wireless chargers.

“We are living up to our promise of Innovation for a Better Life with a fashionable, premium smartphone that is more focused on delivering a balanced user experience that can compete with the best of the best,” said Juno Cho, president and CEO of the LG Electronics Mobile Communications Company. “We wanted to give consumers a truly human-centric device that combined the analog sensibilities with technologies that delivered real world performance. From the design to the camera to the display to the UX, this is the most ambitious phone we’ve ever created.”