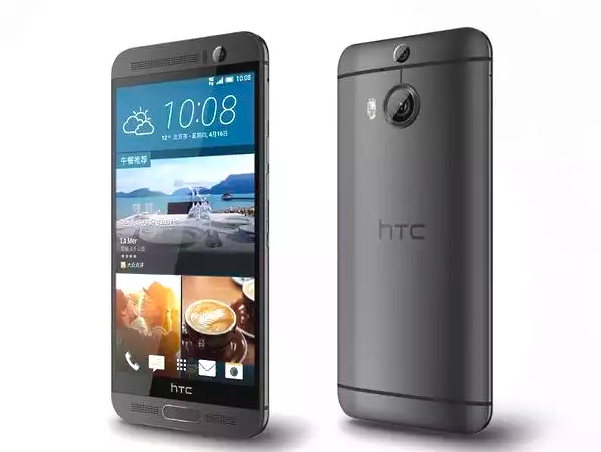 HTC has just launched a new powerful smartphone HTC One M9+ in its One series of smartphones at the launch event in Beijing, China. This smartphone features same unibody metal build similar to the One M9.

HTC One M9+ features a 5.2 inch Quad HD display. It is powered by a 2.2 GHz MediaTek Helio X10 (MT6795T) Octa-Core 64-bit processor with 3 GB RAM. It runs on Android Lollipop with Sense 7 UI at top. For Chinese customers, it also has China Sense. It has a 20.7 megapixel rare camera and a secondary camera to capture depth information. It has a ultrapixel front camera. It comes with 32 GB internal storage. It also has a finger print scanner below the display for secure lock and payments.

It is packed with 2840 mAh battery. HTC will also sell Dot View Case for the HTC One M9+ separately. It will go on sale in China soon.