HTC One (M9) with Snapdragon 810 SoC and 3GB RAM announced

HTC has announced its next flagship smartphone HTC One (M9) at Mobile World Congress press event in Barcelona. We already know so much about the smartphone via various press leaks. 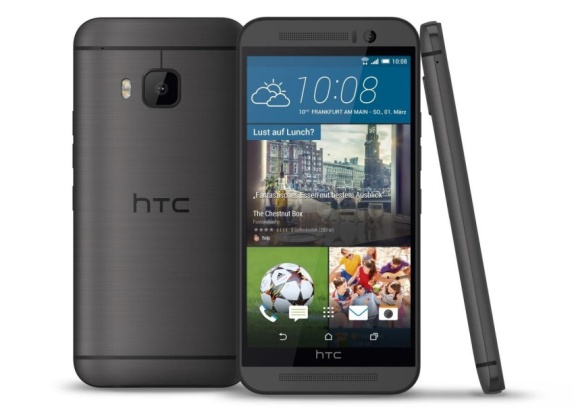 Just like its predecessor, the HTC One (M9) also features a uni-body two tone finish. It features a 5-inch Super LCD3 display with a resolution of 1080 x 1920 pixels and Corning Gorilla Glass 4 protection. It has BoomSound speakers with Dolby audio surround. It is powered by octa-core Snapdragon 810 chipset in which four Cortex A57 cores clocked at 2.0GHz and another four Cortex A53 cores running at 1.5GHz. It has Adreno 430 GPU.

It runs on Android 5.0 Lollipop with Sense 7.0 UI at top. Sense UI comes with various new features. Now you can create your own themes, redesign icons, set your own sound notifications and more. HTC has also improved Blinkfeed. It is packed with 3GB RAM, 32 GB internal storage and microSD card slot to expand storage up to 128 GB.

It features a 20 megapixel rear camera which can capture images at a maximum resolution of 5248 x 3936 pixels. It also has ability record videos and capture images simultaneously. It can also record 2160p videos @30fps.