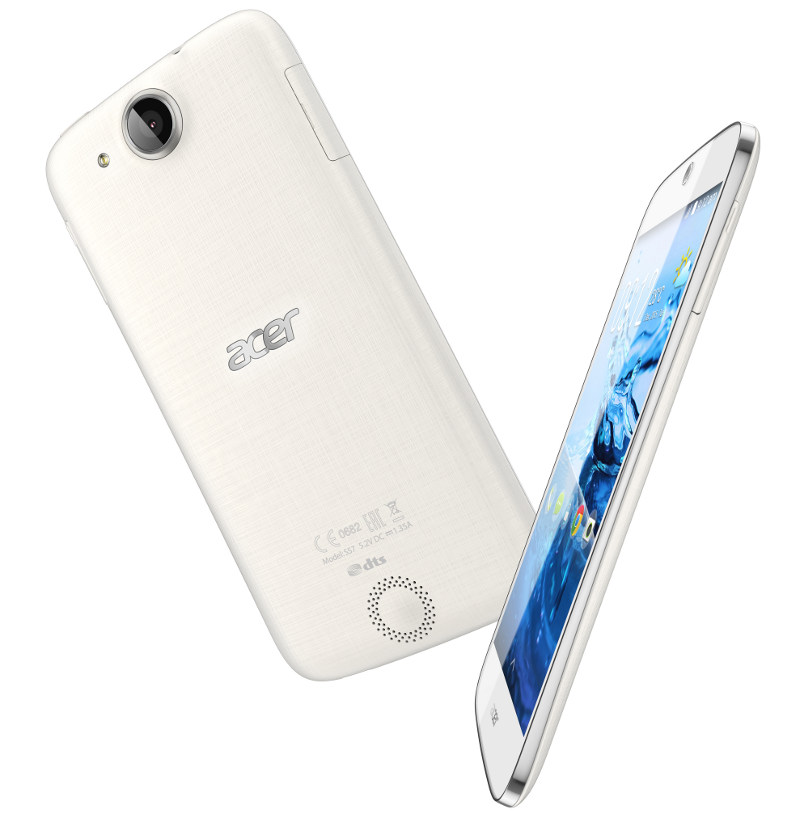 It has a 13 megapixel rear camera with LED flash and a 5 megapixel front camera. It has Dual Shot feature which lets users make a collage of photos taken simultaneously from the front and rear cameras. It also has Bright Magic feature which allows users to get brighter photos even under low light. It also has AcerEXTEND that enables users to control their smartphones via cable or wirelessly using their Windows-based PC.