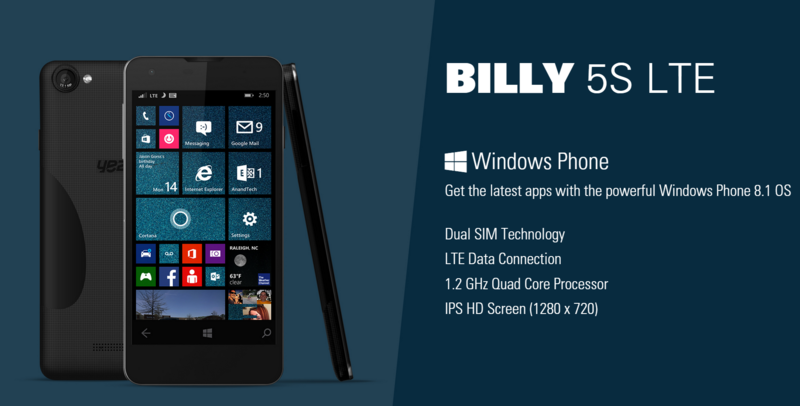 Yezz Mobiles has launched its affordable LTE Windows Phone smartphone Yezz Billy 5S at CES 2015. This smartphone runs on Windows 8.1. Yezz Mobiles is in market for some time but it not really known to all.

“YEZZ has been flooding the mainstream as a leading brand for the past three years,” remarked Luis Sosa, co-founder of YEZZ. “We continue to strengthen our presence in the European market and now we are turning our attention to the States.”

If we talk about specifications, Yezz Billy S5 features a 5 inch 720p HD display. It is powered by a 1.2 GHz Quadcore Snapdragon 410 with Adreno 306 GPU. It has 1 GB RAM, 8 GB internal storage and a microSD card slot. It has a 13 megapixel rear camera and a 5 megapixels front camera. It offers 4G LTE, 3G, Bluetooth 4.0, Wi-fi and GPS with GLONASS.