Samsung has officially launched metal unibody smartphone Samsung Galaxy A7 globally. This was reportedly launched in Philippines last week. In Philippines, it was priced at  PHP 24,990 (roughly Rs. 34,700). 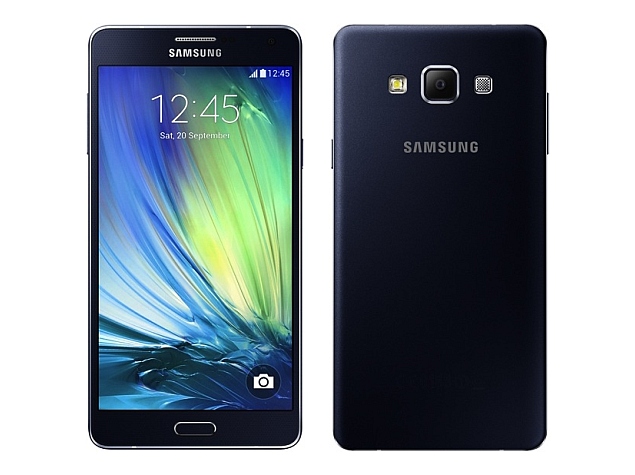 Samsung Galaxy A7 will be available in two different chipset variants depending on the market. It will be powered by a 64-bit Qualcomm Snapdragon 615 SoC or 32-bit Exynos 5430 SoC. It features a 5.5 inch Super AMOLED display with 720×1280 pixels resolution and runs on Android 4.4 kitkat. It has 1 GB RAM and 16 GB internal storage with microSD card slot. It features a 13 megapixel rear camera with LED flash and a 5 megapixel front camera. Like Samsung Galaxy A5 and Samsung Galaxy A3, it also has ‘Ultra Wide Shot’ and ‘Auto Selfie’ modes in its front-facing camera.