As expected, HTC has unveiled its latest smartphone HTC Desire 826 at CES 2015. This new smartphone comes with powerful hardware and Android 5.0 Lollipop. It has already been listed on HTC India website. So, we can expect the India launch in initial phase. It will go on sale first in China and then other Asian markets. 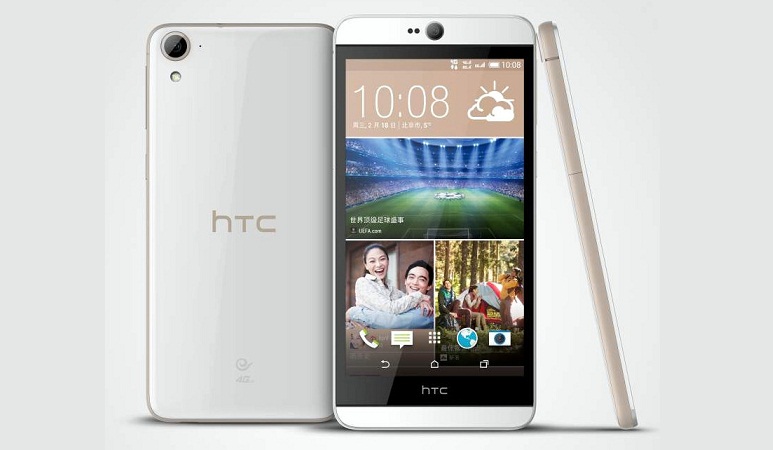 HTC Desire 826 features a 5.5 inch display with 1920 x 1080 pixels resolution. It is powered by a octa-core Qualcomm Snapdragon 615 processor with Adreno 405 GPU. It runs on Android 5.0 Lollipop with HTC Sense UI at top.

It has 13 megapixel rear cmaera with BSI sensor and LED flash. It also has a ultrapixel front camera with wide angle lens. It is packed with 2 GB RAM and 16 GB internal storage. Internal storage of the smartphone is also expandable up to 128 GB. It supports LTE cat4 band. Other connectivity features of the smartphone are 3G HSPA+, WiFi 802.11a/b/g/n (2.4 & 5 GHz), Bluetooth 4.0 with aptX and GPS. It is packed with 2600 mAh battery.

It also has dual front facing BoomSound speakers with Dolby Audio and built-in amplifiers. HTC will launch single SIM and dual SIM variant depending on the market.