Acer has kicked off its CES 2015 campaign by launching its mid-range, powerful 4G smartphone called Acer Liquid Z410. This smartphone will be available in Europe, Middle east and Africa starting from February. Acer Liquid Z410 has been priced at EUR 129 only. 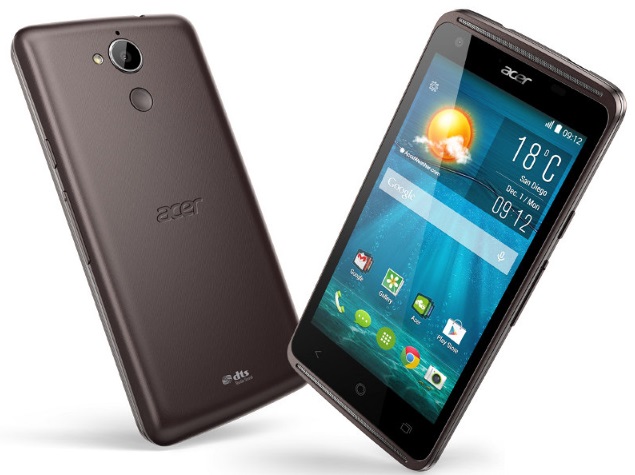 If we talk about the hardware specifications, Acer Liquid Z410 features a 4.5 inch qHD display offering pixel density of 245 ppi. It is powered by a 64-bit quad-core (unspecified chipset) processor. It runs on Android 4.4 Kitkat. It has a 5 megapixel rear camera and a 2 megapixel front camera with 80-degree wide-angle lens. It also has a front facing DTS Studio sound powered speaker.

Unfotunately few information about the smartphone has not been revealed including chipset, RAM, internal storage and battery capacity. But it was confirmed that battery offers up to 5.5 hours of talk time and 400 hours of standby time.

This smartphone comes with new button called AcerRAPID. This button is right under the camera. It allows users to access the righ set of customizable actions with one touch. Company has also added one-finger gesture feature QuickTouch in the device which lets you perform action by drawing a gesture on the device. For example, Swiping a Z shape on the locked display launches the music player.

Other notable feature of the smartphone is AcerEXTEND which lets users control the device via cable or wirelessly from Windows based PC.

We will update this post when we have full information about the device.