ZTE has announced a budget friendly smartphone ZTE Speed in United States. This entry level smartphone costs only $99.99 without any contract with Boost Mobile. 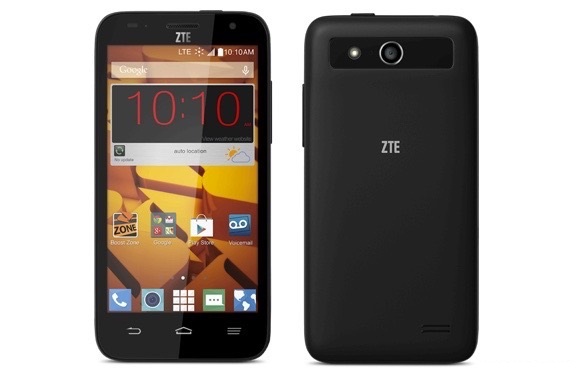 If we talk about the specifications, ZTE Speed features a 4.5 inch display. It is powered by a 1.2 GHz Quad-core Qualcomm Snapdragon 410 MSM8916 processor with 1 GB RAM. It runs on Android 4.4 kitkat. It offers 8 GB internal storage and microSD card slot to expand storage. It features a 5 megapixel rear camera and a 2 megapixel front camera. It is packed with 2000 mAh battery.

“We had a great 2014 where we solidified our position as second largest smartphone brand in the no-contract market due to the value we deliver and our great carrier partners such as Boost Mobile,” said Lixin Cheng, chairman and CEO of ZTE USA. “Our relationship with Boost has been very successful; this year we’ve launched the Boost MAX, the first no-contract1 phablet priced under $300 and the Boost Warp Sync, the fifth generation of the of the successful Warp series. Launching the ZTE Speed is a great way to wrap up 2014, and head into 2015 with a strong affordable premium device in Boost’s lineup.”