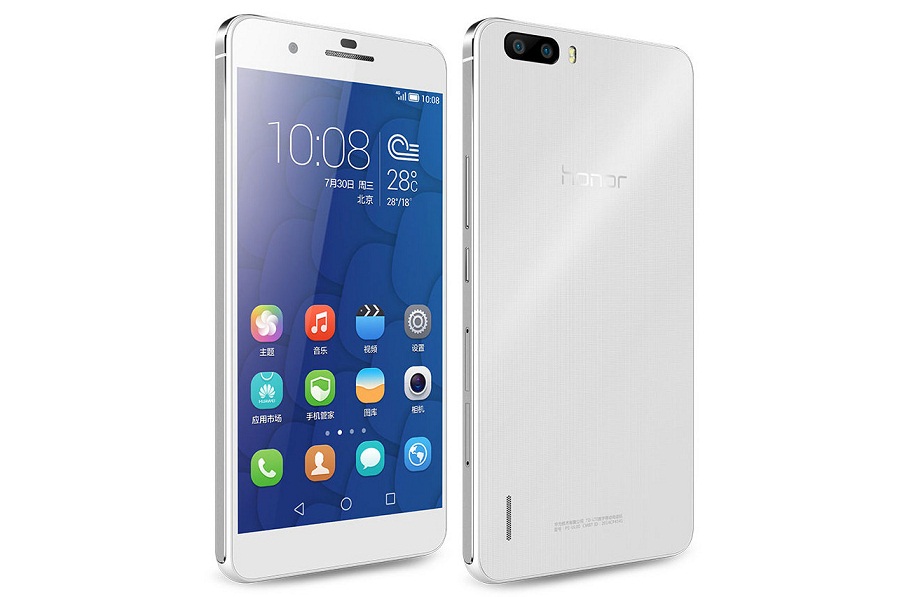 It runs on Android 4.4 with Emotion UI 3.0 on top. Main highlight of the smartphone is its dual 8 megapixel rear camera with dual LED flash and adjustable aperture that can be set between f/0.95 and f/16. It also claims to have ultra fast focus speed i.e. 0.1 seconds. Huawei also claims that its camera performance can be compared with SLR cameras. It also has a 8 megapixel front camera.

It comes in 16GB and 32 GB storage models with an option to expand storage up to 128 GB.  It also offers 100GB of lifetime Huawei cloud storage. It is packed with 3600 mAh battery.

Company also confirmed that this smartphone will not be available to customers in Europe or other Western Markets. This handet is launched to target the Asian market.

The Honor 6 Plus will also be known as the Honor Glory 6 Plus in few markets.