OnePlus One announced in India, to go on sale on December 2 exclusively on Amazon India

For past few months, there were many rumors about OnePlus One India launch. Now, company has confirmed that the smartphone will be available in India on December 2. This launch is exclusively via Amazon India. Company has also sent a press invite for the event on the same day at New Delhi. In the event, company will reveal the pricing and other details. 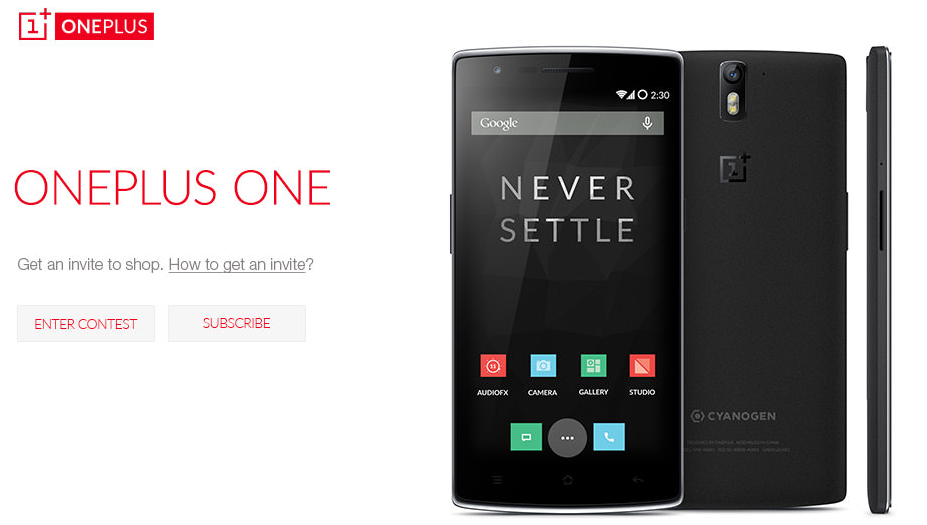 OnePlus One will be available in India via Invite system. Only those who have the invite can buy the smartphone from Amazon. If you are interested, you can apply for invites on OnePlus India official website or Amazon India.

OnePlus One was announced back in April with high-end hardware specifications. It features a 5.5 inch (1920 x 1080 pixels) full HD display with Corning Gorilla Glass 3 protection. It is powered by a 2.5 GHz Quadcomm Snapdragon 801 (MSM8974AC) processor. It runs on CynogenMod 11S based on Android 4.4 Kitkat. It features a 13 megapixel rear camera with  Sony IMX214 stacked, dual LED flash and 4K video recording. It also has a 5 megapixel front camera. It is packed with 3 GB LP-DDR3 RAM. It has 4G LTE, 3G, Wi-Fi, Bluetooth, micro USB and GPS connectivity features. It is packed with 3100 mAh battery.

Xiaomi Mi 4 Vs. OnePlus One

Huawei Honor 6 Vs. OnePlus One

Check out the official promo video from Amazon India.