Vu has launched its first Android Tv for the Indian market. It is named as Vu 32K160M. The Android tv has been priced at Rs 24,990. It is only available on e commerce giant Flipkart. The Tv will go on sale from 20th October but if you interested  in pre order the option is available right now. Vu 32K160M will run on Android 4.4.2(kitKat). 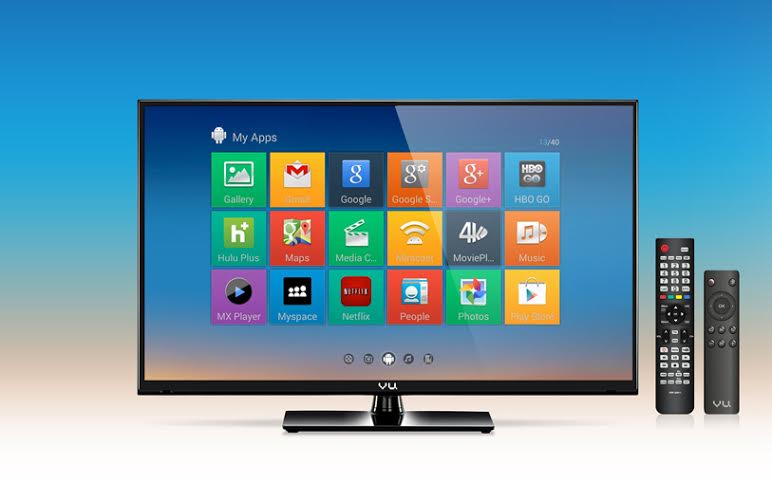 Coming to the features, Vu 32K160M has a 1366x768p resolution. It is powered by a 2GHz AM logic Cortex-A9 quad-core processor. Vu 32K160M also features a  2GB of RAM and  8GB of on-board storage. Talking about the connectivity, Vu 32K160M has a USB-OTG, Wi-Fi, Ethernet and Bluetooth. The Android tv will also support Google Play so you can also download Android applications from there. Other features include  6W speakers, two HDMI ports, VGA,  AV ports and 5 USB 2.0 ports in which 2 are available for the Tv and 3 are for Android. The company has also told that the Vu 32K160M will also support Miracast and DLNA wireless streaming standards.

Vu will also provide you TV remote and Android function remote. There is one more surprise for the consumers you will be getting a  Logitech K400r Wireless Keyboard. This is a limited period offer. Lastly coming to the software end, Vu 32K160M will run on Android 4.4.2 that is KitKat. It is also featured with custom user interface as well as a number of pre-loaded applications.