Motorola has announced its latest flagship smartphone Motorola DROID Turbo. This smartphone will be available from Verizon wireless in US starting from October 30. It offers high end hardware specifications and 21 megapixels rear camera. 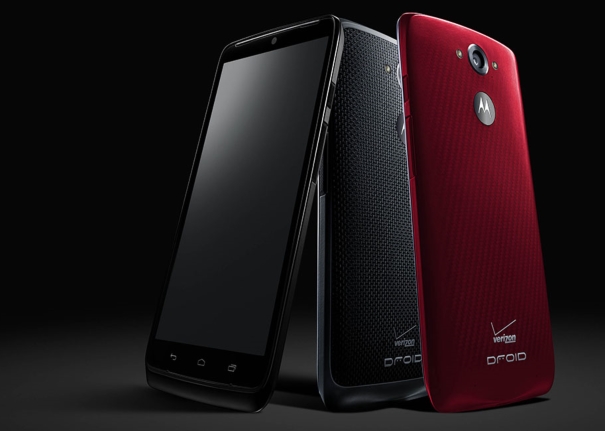 It is packed with 3900 mAh battery which offers 48 hours of battery life on normal usage. It comes with Motorola Turbo Charger which claims to charge 8 hours of power in just 15 minutes. It comes with various connectivity features including 4G LTE, 3G, Wi-Fi, Bluetooth LE, GPS and NFC.

Motorola DROID Turbo comes with MinuteCast which claims to predict when it will rain, snow or hail based on your exact street address for the next two hours. It also comes with Ballistic Nylon or Metalized Glass Fiber reinforced with DuPont Kevlar fiber on the back. It also has a water repellent nanocoating protection.

32 GB version will be available at Verizon for $199 only and 64 GB version will be available only for $249 along with $24.99/month contract for 24 months. 32 GB model comes in Metallic Black, Metallic Red or Ballistic Nylon variants while 64 GB comes only in Black Ballistic Nylon variant. Retail price of the smartphone is $599.99.